One of the lasting contributions of Star Trek: The Motion Picture is the now standard appearance of the Klingons, which changed dramatically from The Original Series: 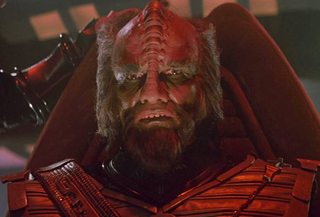 However, those Klingons only appeared very briefly at the beginning of the film, saying and doing very little — they were destroyed within minutes by V'Ger.

In Star Trek III: The Search for Spock, we see a lot more of the new Klingons, in particular Commander Kruge, played by Christopher Lloyd: 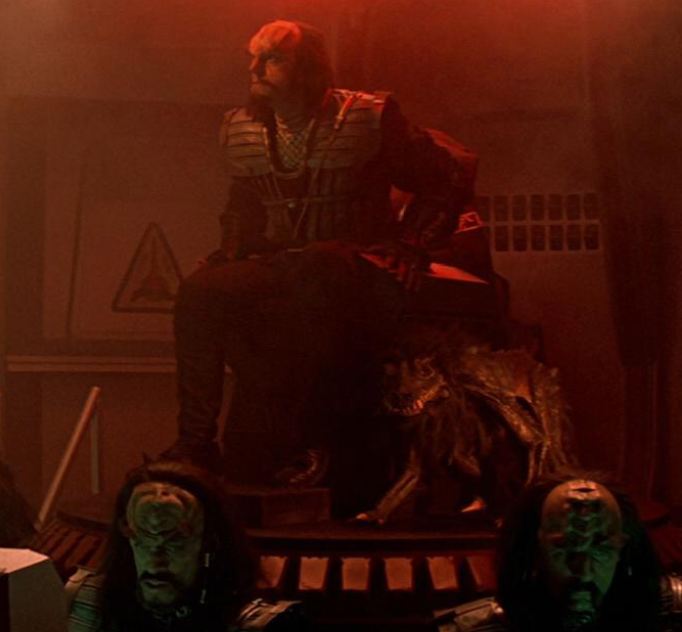 In Kruge, Lloyd crafts a far more fearsome presence that his Original Series Klingon predecessors, and takes actions and exhibits traits that they did not. In particular, he shows a readiness to die while wrestling with a slimy swamp creature, just to test his own mettle.

Basically, Lloyd's Kruge is far closer in spirit to the TNG-style "warriors" than to the TOS Klingons.

How did these character traits come to be? Did Christopher Lloyd have a hand in it, or was the re-imagining of the typical Klingon officer something that was dreamt up prior to his casting?

According to Memory Alpha's article on him, the script already described Kruge as being a "War Lord", implying that Lloyd was cast to fit the description, rather than the other way around (Edward James Olmos also auditioned for the part!). This suggests that the writing team already had a somewhat more active, and more three-dimensional conception for their character before Lloyd was cast.

That said, while Lloyd plays the role with a panache that clearly informed later writers, his behaviour is not really all that different from Kang and his crew in "Day of the Dove", or Korax, the officer who started the bar-room brawl in "The Trouble with Tribbles". There are differences of style and of course, budget, but it's not that hard to imagine Michael Ansara's Kang doing the same things Lloyd's Kruge did, albeit with a different flair.

In summary: the basic conception of Kruge appears to have been the writers', but it's Lloyd's performance that made it memorable and ultimately refocused the idea of what a Klingon warrior was. The writers of The Search for Spock did not necessarily set out to completely re-imagine the Klingon race, but no future writer could escape the influence of Lloyd's iconic portrayal.

Not the answer you're looking for? Browse other questions tagged star-trek star-trek-tng star-trek-tos klingon the-search-for-spock or ask your own question.

4
Why is Torg a common example in Klingon examples on Duolingo?

29
How did the Klingon race acquire cloaking technology?
32
Why did the Klingon language flourish?
30
What is the Klingon Bloodwine made of?
4
Are Klingon threats towards the Federation serious?
7
What technological concepts did Star Trek invent?
16
Where were the advanced species and civilizations of ST:TOS during the war against the Borg?
34
What exactly *were* the Klingon gods?
21
Does the Klingon Empire use money?
5
Is the Klingon War in Discovery the same Klingon war as that in TOS?