Was Ezri Dax's hairstyle based on Mirror Jadzia Dax?

Here are three images of Dax: 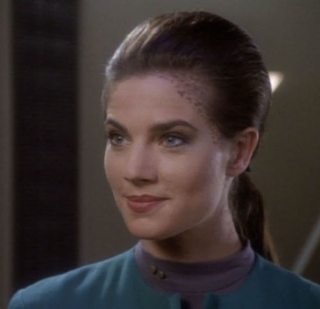 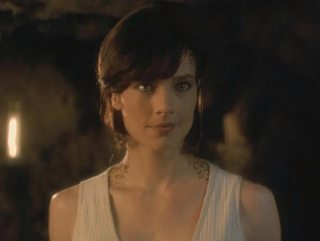 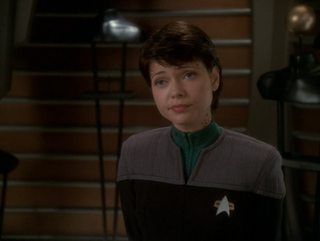 Was Ezri Dax's hairstyle based on Mirror-Universe Jadzia Dax?

(For example, perhaps they wanted Ezri to be reminiscent of Jadzia without it looking like they were trying to make her identical. This will require behind-the-scenes evidence.)

in the Deep Space Nine Companion, I would take this with a grain of salt. She started playing Ezri in autumn 1998, but in most of her roles in 1997 and prior, she had shoulder-length hair, kept straight and down with no bangs / fringe. For instance, here she is in the classic Canadian independent sci-fi horror Cube (1997): 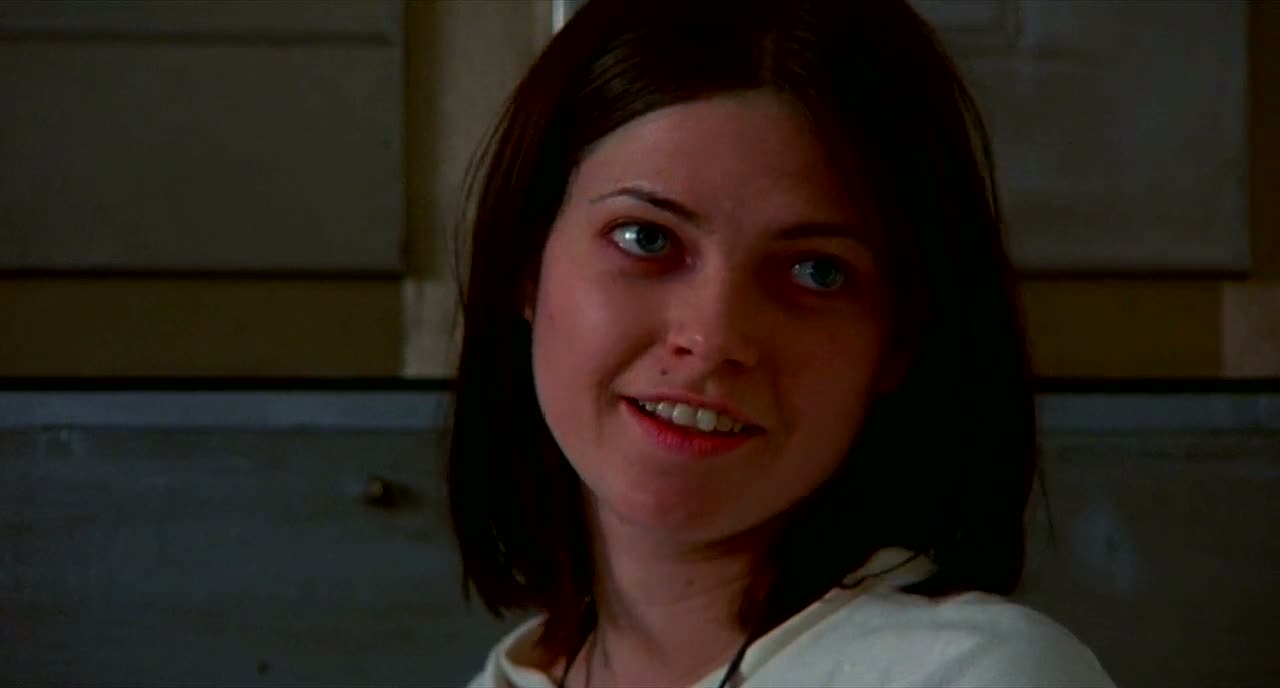 Here she is earlier in the same year in the Canadian television series Ready or Not: 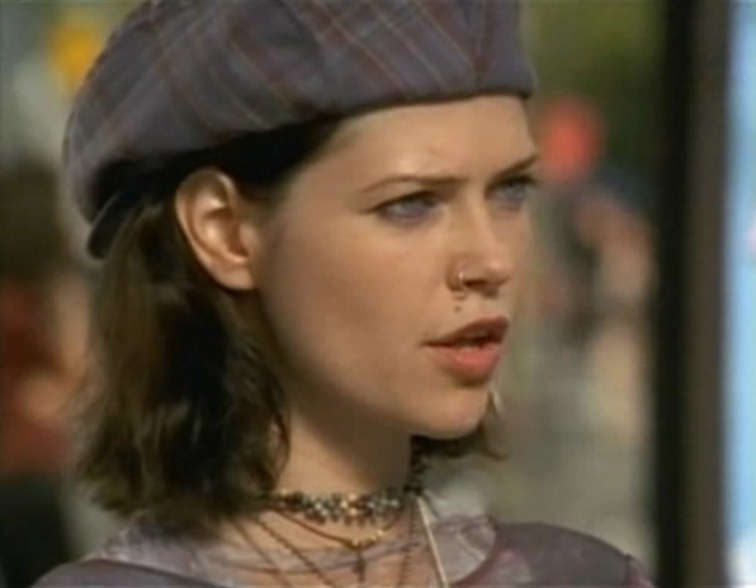 The same is true for her earlier roles, as well. (And since DS9, she has gone back to shoulder-length or longer hair with no fringe.)

It seems that she started wearing her hair short in 1998. Here she is as Yuna in TV series Mission Genesis (aka Deepwater Black) in early 1998, with shorter hair and some level of sculpting of her bangs / fringe: 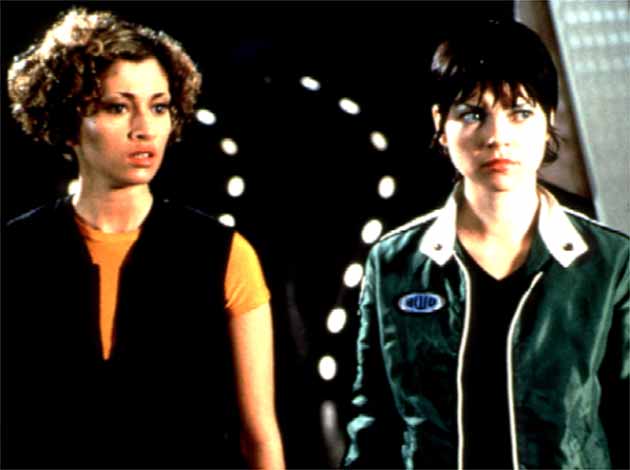 She also had shorter hair in the TV film My Date with the President's Daughter, whose filming was completed just prior to her casting in DS9.

Since length is a large factor for the ways in which hair can be styled, and since she seems to have been without bangs / fringe prior to 1998, it seems that a more accurate version of her statement is that her style in DS9 is probably identical to her style at the time she was cast to play Ezri.

Finally, I can find no connection between Ezri's hairstyle and Jadzia's mirror hairstyle. Ira Steven Behr, the DS9 showrunner, had a lot of trouble picking someone to play Ezri. The initial casting call was for someone "spooky", but Behr wasn't happy with any of the auditions. Eventually, co-supervising producer René Echevarria suggested that the new Dax be less confident and more confused than Jadzia, perhaps because of an unexpected joining with the symbiont. Screenwriter Hans Beimler, upon hearing of this new concept for Ezri, suggested Nicole de Boer, whom he had worked with on some series filmed in Canada. (This account has been drawn together from several reputable sources — see the references here.)

If Behr had mirror Jadzia in mind for Ezri's appearance, he hasn't said so (nor has anyone else involved in the conception of Ezri's character). It seems from the difficult process of creating Ezri that they knew they were looking for something, but couldn't quite put their finger on it, until they met de Boer and saw that she was what they were seeking all along.

It seems like it was just a coincidence. Deep Space Nine Companion includes a quote from Nicole deBoer about her hair, where she suggests that she brought that hairstyle with her:

"I've always worn my hair like this, although for Star Trek it's glued down so nothing moves," laughs deBoer.

Not the answer you're looking for? Browse other questions tagged star-trek-ds9 mirror-universe star-trek or ask your own question.

43
In Star Trek, do the Greek gods lack nipples?

7
How does Jadzia Dax not remember Joran in Equilibrium?
38
Why was Jadzia Dax written out of Star Trek: Deep Space Nine so late?
3
Was Riker based on Kirk?
30
What's the story behind the mugs in Deep Space Nine and Babylon 5?
7
How did Arandis recognize Jadzia as Dax?
12
How come an older Jadzia Dax appears in DS9 ‘The Visitor’?
1
Why does Jadzia Dax wear a science uniform (during the war)?
6
Why would mirror Jadzia be joined to Dax?