Why are Barry and Oliver wearing their old Flash/Arrow suits in the Legends of Tomorrow trailer?

At the end of The Flash - 2x01 - The Man Who Saved Central City, Cisco shows Barry the newly modified suit - based on the design they saw in Gideon's newspaper projection - prominently featuring the classic white background: 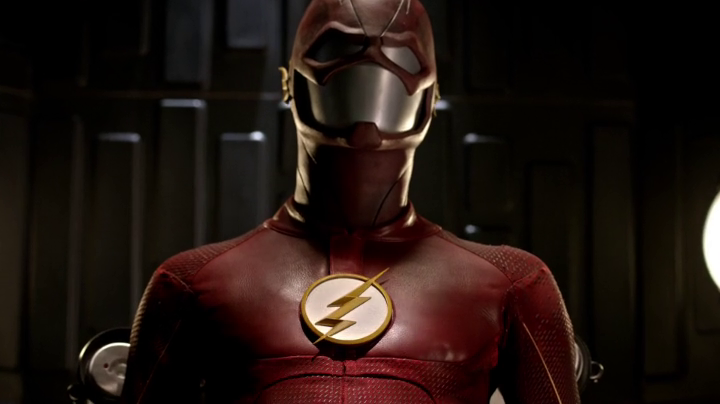 In the Trailer for Legends of Tomorrow however, he wears the old one again: 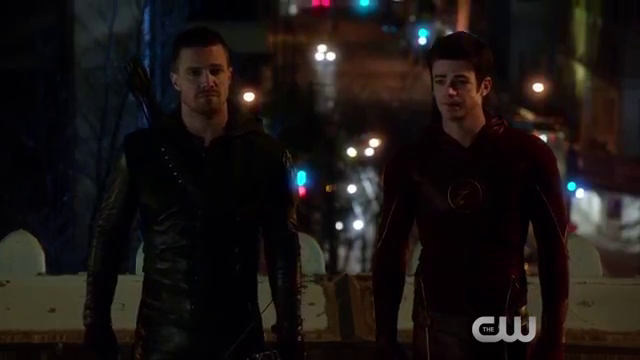 Same goes for Oliver, who recieves his (also Cisco-designed) new suit near the end of Arrow - 4x01 - Green Arrow: 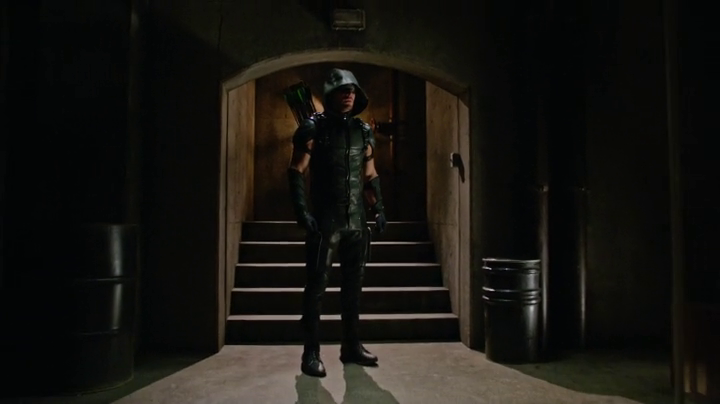 Has there been any word from anyone involved in the production as to the reason?

PS: It could of course be a "simple" continuity error based on the fact they shot the footage for the Legends trailer before shooting on Season 2 of The Flash / Season 4 of Arrow even began - although it would be a rather glaring one. Legends of Tomorrow also has a time travel component, so that could obviously be a factor as well, or maybe there will be reshoots.

Given the relatively rapid pace of change with both Flash and Arrow as well as DC trying to get it's other projects off the ground, (Suicide Squad, Batman v. Superman, Supergirl to name a few) it is most likely the trailers for Legends of Tomorrow were shot with the costumes they had on hand at the time.

This is because the trailer for Legends of Tomorrow is largely composed of footage from season 3 of Arrow and season 1 of The Flash. The trailer was released in early 2015 to announce the show, back when those seasons of Arrow/The Flash were airing. Ergo, it's currently (S4 of Arrow and S2 of The Flash have just started airing at time of writing) out of date.

In the actual show, it looks like we'll see Green Arrow and Flash in their current outfits. The latest trailer for Legends of Tomorrow shows Oliver briefly at 0:46 and 2:09, and he's wearing his S4 costume:

So the initial trailer having old outfits is merely an artifact of when the trailer was produced. It likely is unconnected to the show's canon.

9
Dr. Wells and Mirakuru in The Flash and Arrow Universe
6
Did any DC comics live-action adaptations cross over before The Flash?
2
Viewing requirements for Arrow S04E08 and The Flash S02E08
0
Why is Barry so slow to catch the arrow in the Arrow/Flash advert?
0
Why doesn't Green Arrow just ask Flash to capture Damien Darhk?
0
Why didn't Rip Hunter recruit The Flash and Green Arrow on the team?
0
In Legends Of Tomorrow, are changes not yet done to the past already in the current timeline's past or not?
8
What are the rules of time travel in Legends of Tomorrow?