80's DC comic about the “cycle of human existence”

This particular comic was written in the honor/memory of a woman who was leaving DC comics.

It was about the history of humans but (if I remember correctly) it started in the modern time period. It showed (or at least mentioned) the destruction of successive human civilizations until some distant part in the future where everything "collapsed" (for lack of better word) and after multiple iterations in the end there appeared an "Adam" and "Eve" to start humankind anew.

Somewhere between "here" (our current era) and "the end" humankind had attained a sophisticated level of civilization without warfare. At that point the storyline showed some young guy leaving his parents in order to study on Mars or something like that.

What story was this? 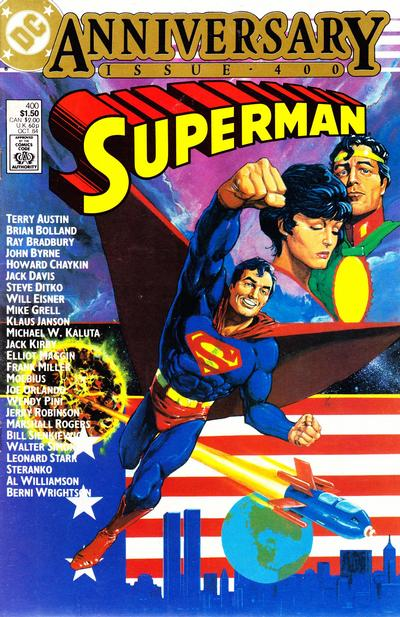 It was written as several chapters, each of which was basically a self-contained little story that depicted different characters living in various eras in the future, and somehow being affected by the growing and changing (but never forgotten!) legend of the greatest superhero of them all, Clark Kent, aka Kal-El, aka Superman. One of the chapters has a young man named "Riley Benedix" visiting his family on Earth on that special holiday, "Miracle Monday," when certain rituals are performed in zillions of households to commemorate the original Superman, who is expected to someday return. I'm not sure (my copy is miles away from me), but this may have been the case you were remembering of a young man visiting from his school on Mars (or some other world) during a post-war golden age.

Meanwhile, human civilization seems to be having its ups and downs, but the technology generally keeps improving, and people move out to other worlds and other solar systems, and so forth . . . with everything culminating in a piece of storytelling called "The Exile at the Edge of Eternity." This final chapter was written and drawn by Jim Steranko for that special 400th issue of the original Superman title. (#1 had been published way, way back in 1939.)

I did some Googling and found that Steranko's vision of what might happen in the distant future is currently available online.

In case the link decays, I will offer the last two-page spread of the narrative, along with some commentary on just what the heck was going on before and during it, so that you can see how the plot corresponds to what you described from memory.

Basically: For millions of years after Superman's heroic career, his descendants kept doing what they could to help advance human civilization. They are referred to as "the sons and daughters of Superman," and later there is reference to "the Brotherhood of Supermen." Steranko makes the logical point that as Superman's descendants kept interbreeding with ordinary humans, the superpowers were bound to get watered down from generation to generation . . . but, he says, in the meantime, humans were developing new powers of their own, both by evolutionary processes and by one technological breakthrough after another.

Everything was going great . . . then trouble came. A rift in reality was accidentally created, and it turned into a vortex which started sucking up more and more of the physical universe, and no one was sure how to stop it. One theory was that this was like a sudden leak in a gigantic dam, and if you could "plug" it somehow, the rest of the universe could yet be saved. A blind poet called "A'Dam'MKent+477SPMN" (heavily implied, but not stated, to be one of the direct descendants of the mythical Superman), had a unique type of psychic vision which he claimed was the only thing that could pinpoint precisely where stupendous quantities of energy would need to be directed to possibly seal the rift and stop the all-consuming vortex.

Every other surviving soul in the universe voluntarily converted itself into pure energy, which A'dam'MKent then helped consolidate into ten "capsules." He fired nine of them into the vortex, and waited. Something certainly happened -- the backlash knocked him (and the ship he was riding in) way back through space and time until he crash-landed on an unnamed planet that appeared "lifeless." (At any rate, there was no one else for him to talk to -- in the artwork, it looks like there were plants, and possibly we should assume lots of nonsentient animals?)

Then someone else joined him -- probably, though again this is implied but not stated, a character born from the soul-energy of the surviving tenth capsule (the one he hadn't fired into the heart of the vortex) which was now, shall we say, "reincarnating itself" as a flesh-and-blood woman. The story closes with this line:

A'DAM'MKENT HAD FOUND HIS EVE!

It does not say, in so many words, that the ship had actually crash-landed in Earth's distant past, and that these two characters would be remembered as the Biblical Adam and Eve (as opposed to having landed on any other habitable world in the universe), but the reader is certainly free to take that as the implication! (Or not, according to personal preference.) 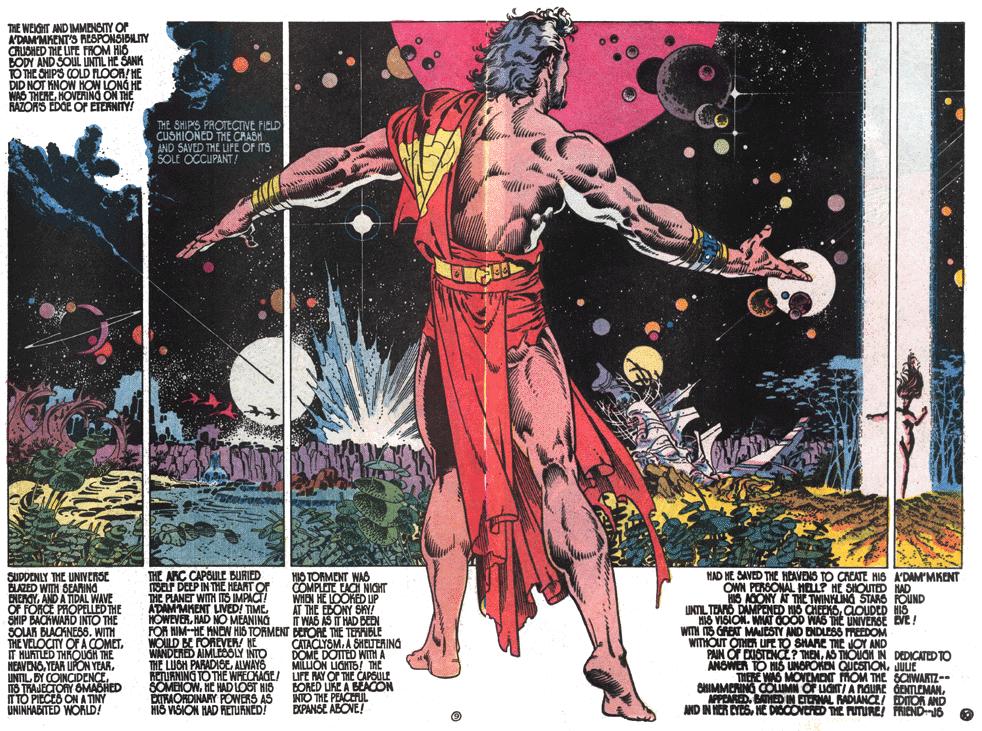 And on the subject of a dedication to someone who had worked at DC for a long time:

In the bottom right-hand corner of the final page, underneath the last bit of narrative text, you can see that the following words were lettered in by Steranko:

This was published in 1984. Julius ("Julie") Schwartz had been working for DC since 1944, and had been the editor in charge of the Superman-themed comic books since 1971. He continued in that capacity until 1986. So this was not the last Superman comic book he ever edited, although getting so many talented writers and artists to all contribute material for that special 400th issue might be called a crowning achievement for his career. (For instance, he persuaded noted science fiction author Ray Bradbury to offer a one-page essay.)

This is actually from a Marvel comic and is quite early for your time period and I can't seem to find it online to double check but the synopsis I've read seems to match in broad strokes. It was first published in Tales of Suspense Vol 1 #39 and has been republished in a few places since, mainly because this was the first appearance of Iron Man!

A married couple refuses to leave the planet with everyone else when their sun starts to burn out. After the last rocketship leaves orbit, there is a giant flash of light and a new sun forms behind the old one. They pledge to start the human race anew as a breed that will love the the planet as they love it. It is then we find that they are Adam and Eve.

I did also find this synopsis which again matches in broad strokes.

When the sun starts dieing humanity goes into space, except for two nature lovers. Just as the last rocket leaves a new sun flares to life, and the two remaining humans, Adam and Eve, rename the planet Earth.

There is also this image of the first page ?I have found which might ring some bells if this is correct. 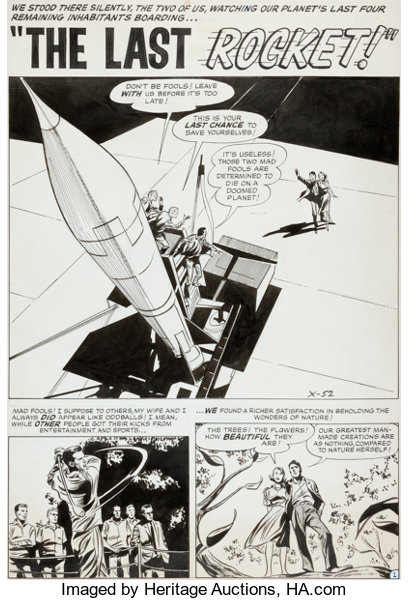 I found this by quite a long winded route so bear with me here. I initially Googled dc comics adam and eve which turned up this Comic Vine page that looked promising. That then mentioned the Tales of Suspense comic so I googled it to find the relevant issue page on the wiki and checked the synopsis there.

6
Comic about “the exterminator of exterminators”
2
70s/80s children's comic about a green ghost/alien and his young human friend?
4
Comic strip about a human dressing as a robot and trying to infiltrate
12
Two travelers seeking oracular ex-weather computer, on impossible road in the sky?
25
Looking for comic about female superhero who loses her powers
11
bad military sci-fi; from fending off Zerg-like hive to fighting the reified multiverse/sum of history
3
Comic about a young woman monster hunter
15
Which book on a deserted planet with a maze and an insane ancient creature?