How many (if any) survivors of the Yavin Death Star were there?

How many (if any) survivors were there from the Battle of Yavin Death Star explosion? It seems there should have been escape pods and/or other means of escape from such a massive military vehicle. According to canon, how many survived, and, generally, how did they manage it?

According to the Wookieepedia page on the Battle of Yavin, which cites the canon book Lost Stars, there was only one survivor: Darth Vader. Well, you could say two survivors, as Darth Vader's TIE fighter also survived, but that's not a person. So, how did he manage it I hear you ask (well, I didn't hear you ask, I just saw that you asked that) - well, he wasn't on board the Death Star at the time (go to 40 seconds in the below video):

So, that makes nearly two million people casualties in the Battle of Yavin on the Death Star alone!

In the first of the Young Jedi Knights books (Heirs to the Force), the major plot thread is about a TIE fighter pilot named Qorl from the Battle of Yavin that crashed on Yavin 4 and has been surviving in the jungle nearby Luke's new Jedi Academy for the intermediate 23 years, so thoroughly indoctrinated that he's sure the Empire must still be around.

Source: Wookieepedia entry for "Heirs of the Force"

Cassio Tagge left the Death Star before its destruction. 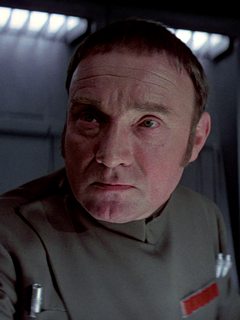