Does the Flash slip on ice?

My question is inspired by a LEGO Justice League short, Batman: Be-Leagured. There's a scene where Flash is running towards Captain Cold, and Cold freezes the ground which causes Flash to slip.

I get that the show is geared towards kid humor, but I wonder if it's a strategy used by Flash's enemies in the comics.

Is Flash susceptible to slippery surfaces while running at super speed?

If not, is this as side-effect of his powers, or special boots?

The character Captain Cold has 'cold guns' which have capabilities including:

Here's an image from the comics: 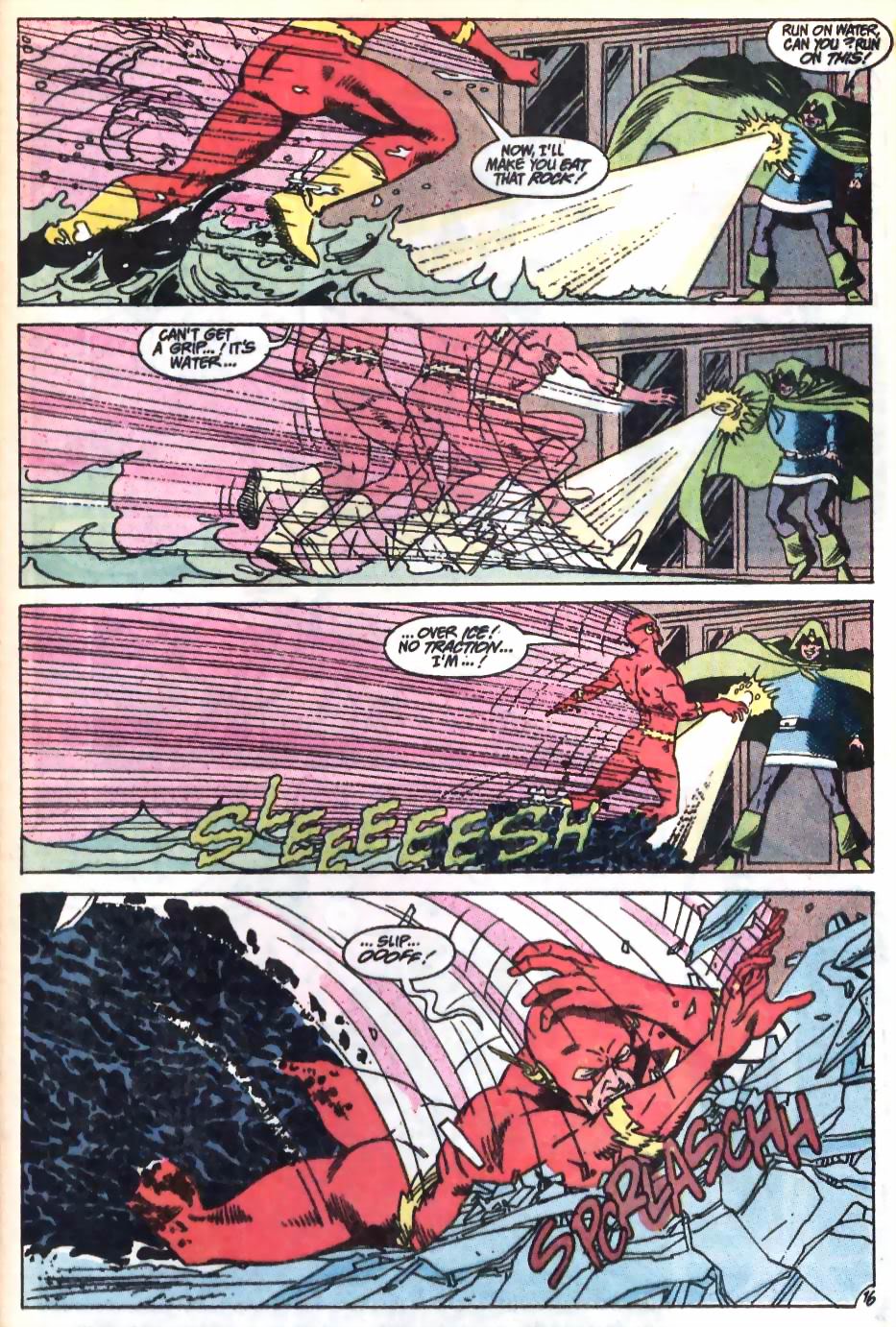 Not quite the comics, but here's a quote from the book Captain Cold's Arctic Eruption (closer to canon than a LEGO Justice League short?) which shows him stopping the Flash with an ice field:

Captain Cold cracked a wicked smile. He aimed his freeze gun again. Only this time, he lowered the muzzle and fired at the ground beneath Flash's feet.

WHAM! Flash slipped and fell hard onto the ice.

"Oh, did that hurt?" Captain Cold asked with a laugh. He raised his gun again and fired. BZZZZT!

Flash tried to get up. The icy ground was so slippery he was running in place.

In fact it's also possible for the Flash to slip on natural ice, not just ice created especially to slow him down by Captain Cold's special guns. Earlier in the same book, he has to take precautions to avoid slipping:

The higher the Flash climbed, the cooler the air became. Luckily, the super hero's vibrations created their own heat and kept him from getting cold. The ground was slippery in places. Snow and ice slowed him down. He had to be very careful not to slip and fall.

@CreationEdge Yes, Flash has slipped on Ice multiple times, and has difficulty running on it; he even says it's the reason he hates captain Cold so much. You need to accept the Speed Force does have limits and that there are ways of countering Flash's speed. Goin FASTER on ice make you more likely to slip, not less.

8
Captain Cold. What is so special about the cold gun?