Short story where farmer talks to a chicken he just ate

I've been trying for a little while to find a short story that I read about 15 years ago. It was in a book that I picked up off of my friend's shelf one day. Unfortunately, said friend has nearly a thousand books (and has read less than half of them) and has moved several times, so he's lost quite a few of them or given them away. I visited him recently and tried to find the book from among his piles of them, but no luck. He also doesn't remember a story like the one I am thinking of.

One last thing. I remember the line, "the farmer's belly rumbled like a screaming banshee" before he killed the chicken...for some reason that stuck with me.

Please let me know if any of you have read this before.

This is almost certainly "Phantom Rooster", which appears in the 1999 book More Haunted Tennessee, by Charles Edwin Price. As far as I can tell, the short stories are ostensibly based on "true" stories / rumours / local legends. 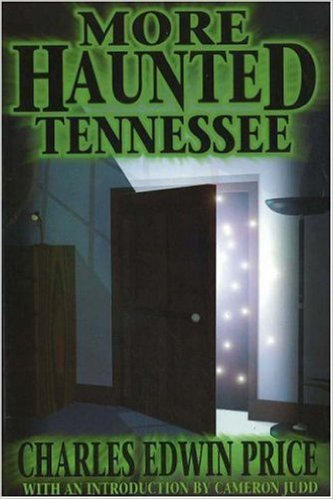 The story of a phantom rooster began almost one hundred years ago when a farmer named Blane lost his entire flock of chickens to a mysterious disease. It was said that he had offended a woman who was a witch, and she had cursed his hens and predicted that they would all die. The only bird left out of the flock was an old rooster that Blane had named Bernard.

Most of the other details match up, too. Blane is forced to eat Bernard eventually, and Bernard comes back to life, speaking to Blane and promising to haunt him.

"Do you recognize me, Blane?"

Specifically, Bernard promises to crow incessantly every night so that Blane will never sleep again. Blane then chases Bernard around and then decapitates him and buries the head, as you mentioned.

Bernard still haunts Blane, but as a headless rooster ghost. He follows Blane around town during the day but is unable to disturb his sleep at night, because the shrieking head is buried at the bottom of a deep well.

Given the time period and the matching content, I'm sure this is it.

If you are curious, I found this by playing around with various search terms, such as substituting "rooster" for "chicken", adding in "witch" etc. (Still, it was not an easy search — given the size of the actual chicken-farming industry, there were a lot of unrelated search hits to sift through!)

You can read the complete story on Google Books here.

Addendum: You mentioned that "the farmer's belly rumbled like a screaming banshee" was a line that stuck with you. I suspect that this got mutated somewhat in your memory over time. The actual line in the story is:

Blane's stomach was growling like an old she-bear with cubs.

It seems that you turned "she-bear" into "banshee", which is not totally unreasonable.