Is this Marina Sirtis? 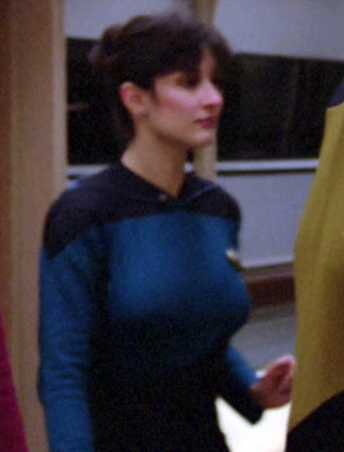 (+1s should be given for least wordy question on site)

This is actually Nora Leonhardt who was the stand-in for Marina Sirtis who played Troi.

Here's a picture of Leonhardt: 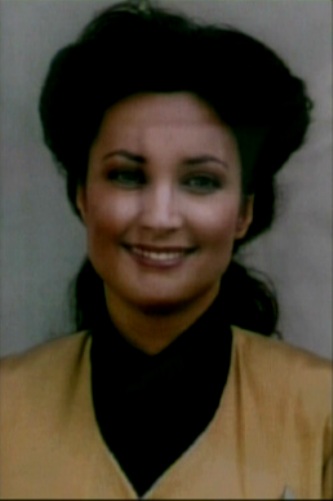 and now compared with Sirtis: 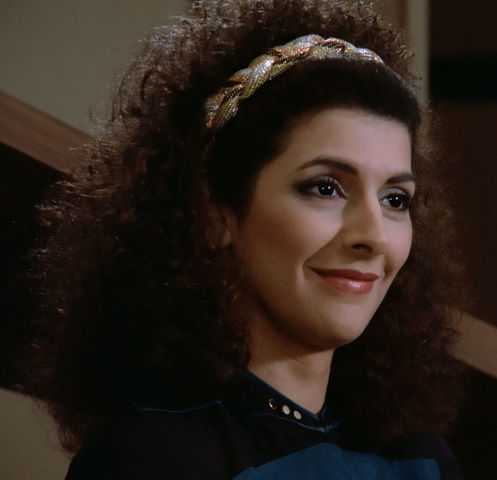 By 2364, Troi held the rank of lieutenant commander. That year, she was assigned as ship's counselor aboard the USS Enterprise-D. (TNG: "Encounter at Farpoint")

Not the answer you're looking for? Browse other questions tagged star-trek star-trek-tng character-identification or ask your own question.

91
Is this Beverly Crusher?
8
What's special about the Mirror Universe?

49
How to reconcile the cashless human/Federation society with human traders and merchants
3
What's the relationship between Blunt Talk and Star Trek?
12
Who performed this Star Trek promotional song?
14
Why can't the ship's computer manage transporters?
24
How did Data not know what Aldebaran Whiskey was?
5
Did Admiral Nechayev Order Picard to Commit Genocide?
7
Why was Guinan on the Enterprise in "Yesterday's Enterprise?"
11
Why does this person not recognize Picard?