Who is this goblin with a teapot on a stick?

I'm trying to identify this action figure. It is only labeled "Electronic Arts", leading me to assume it is related to a video game. 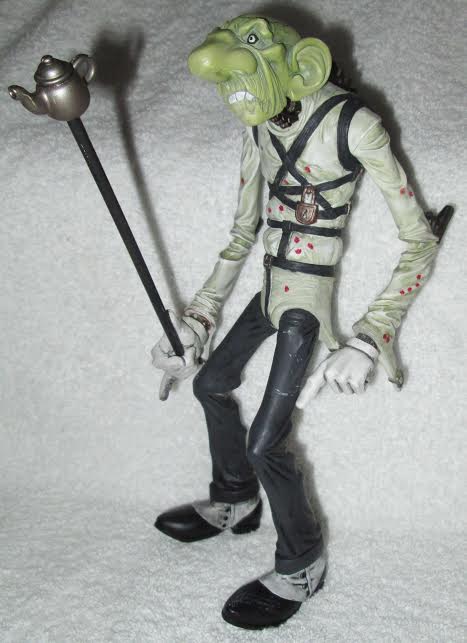 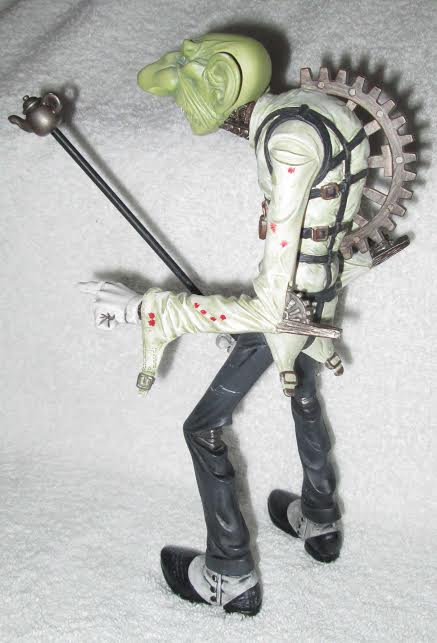 It's the Mad Hatter from American McGee's Alice, although the one you have is missing the magnificent hat.

I'm pretty sure this picture is actually from Madness Returns, the sequel; the character design is the same in both games, but in Alice he doesn't have the bruising around his eyes 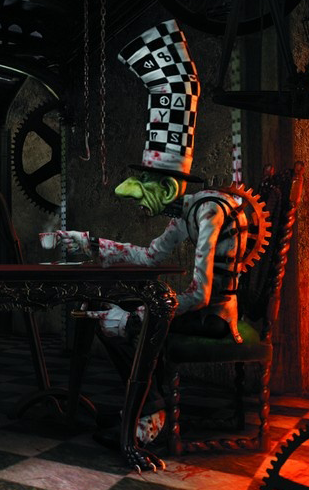 The action figure comes in two variants; the one you have appears to be the "White jacket" variant: 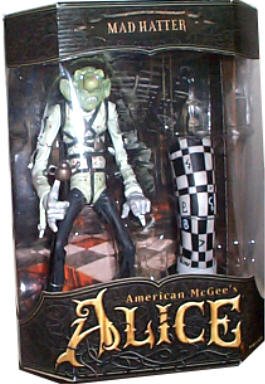 Not the answer you're looking for? Browse other questions tagged character-identification toys or ask your own question.

12
Can someone identify all the characters in this Marvel Not Brand Echh panel?
32
Who are the Captains in this image?
6
Where are the different Spider-men in this image from?
12
Who were the other riders with Ned Stark at the Tower of Joy?
15
Who are these Game of Thrones “Summer is here” characters?
12
In The LEGO Batman Movie, who are the agent looking villains?
7
Why was this Onslaught toy sold as Red Skull?
8
Is this guy a Star Wars character?
10
Double-sided action figure, early 80s?