What Star Trek episodes take place in the Beta Quadrant?

Are there any Star Trek episodes (any series) that take place in the Beta Quadrant?

I'm in the middle of DS9 after watching all of VOY and TNG, and I can't recall any episode that mainly took place in the Beta Quadrant or had any key action referencing that quadrant1.

Is there any episode that matches the above criteria?

1 Maybe except for the fact that I heard that the VOY crew was supposed to reach somewhere in the middle of Beta Quadrant, before the series was cut down. But that is not the context in which I'm looking for an answer.

EDIT: I'm asking about episodes where it is mentioned on-screen, they happen in Beta quadrant.

According to Memory Alpha, the Klingon capital is located in the Beta Quadrant, as is Vulcan, Andoria, and a number of other well-known planets.

So, as one example, much of Sins of the Father was set on Qo'noS, and hence in the Beta Quadrant. Similarly, a number of episodes were set on Vulcan, and The Aenar was set on Andoria.

From the fact that the Enterprise NX-01 visited both Andoria and Vulcan at least once, without apparently needing to travel any unusual distance to do so, we can even speculate that most of Enterprise was probably set in the Beta Quadrant. (This is supported by Star Trek: Star Charts.)

Support for this interpretation in primary canon is limited.

If we were to rely on the answer for this question involving quadrants then there have been several episodes and movies taking place in the Beta quadrant.

Star Trek the Undiscovered Country takes place in the Klingon Empire, which is in the Beta Quadrant

Star Trek: Nemesis takes place in the space around Romulus and Remus (as well as the neutral zone), which is also in the Beta quadrant.

There are several episodes of most series (I can't think of any in Voyager off the top of my head) which involve either the Romulan home world, the Klingon home world, or different planets in their respective empires.

A couple of maps for you, both taken from the Star Trek: Star Charts book: 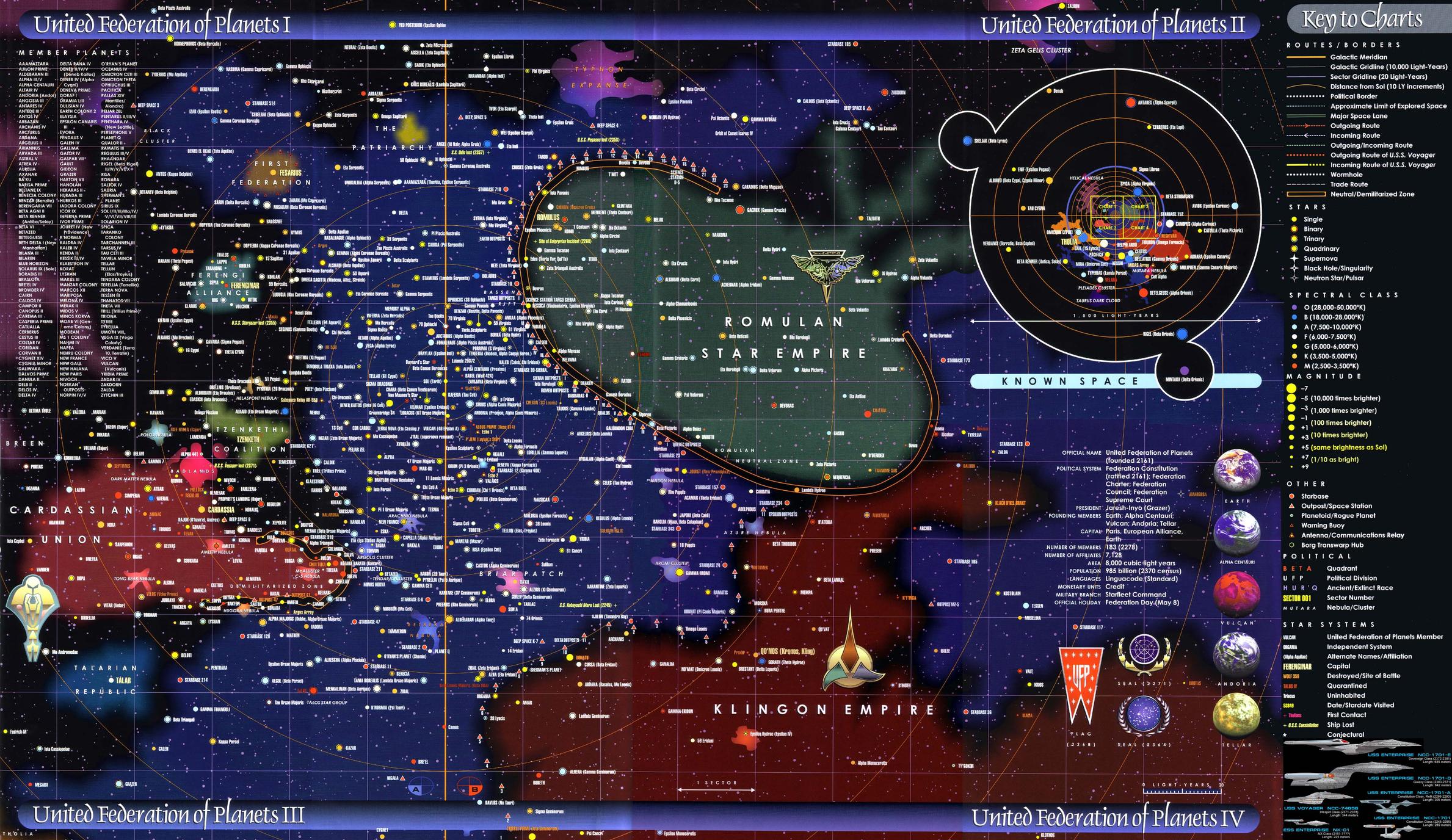 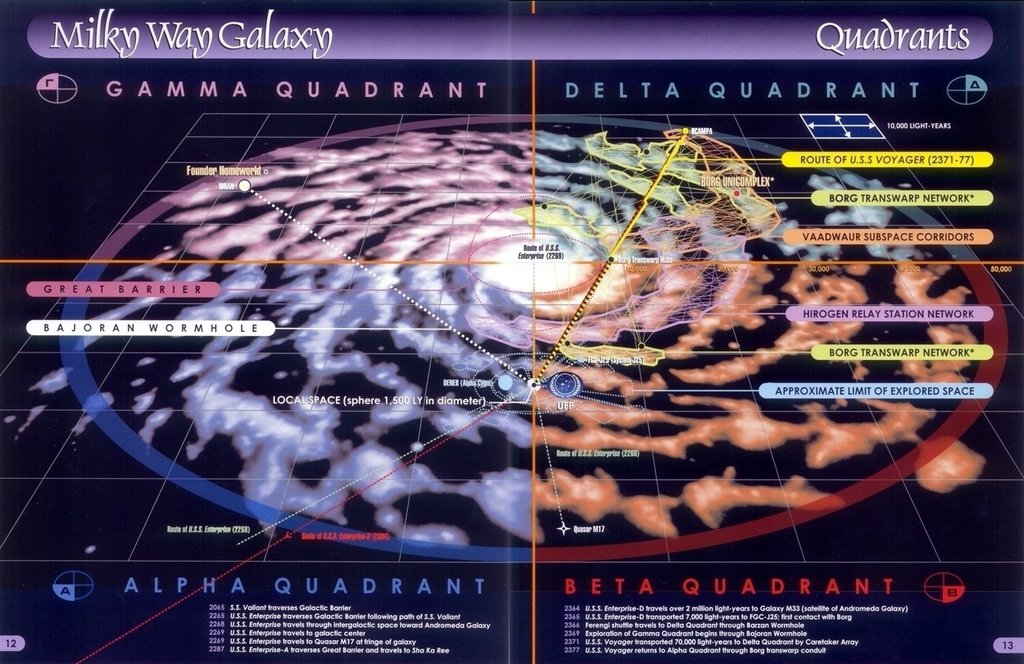 As you can see, the border between Alpha and Beta quadrants passes through the Solar System, effectively splitting the UFP territory in two almost equal parts. It is roughly a situation equivalent to the Greenwich meridian

So, to answer your question: most of the episodes of TOS, TNG, DS9 and ENT (and now DIS too) take place more or less equally both on the Alpha and the Beta quadrants.

Beta Quadrant is referenced vaguely throughout the franchise but since no consistent map was ever part of the series bible logic of where things are falls apart and later writers (probably wisely) chose not to call too much attention to it. That said, the ST Star Charts layout, though not canon, is pretty widely accepted, with Earth near the Alpha-Beta border and Klingons, Romulans, Gorn, etc. being Beta powers with some Alpha territory and being referred to as Alpha powers presumably because they're part of the same political community. The Federation is Show to have territory in both as well. How they would function the way Star Charts has it seems problematic, as do episodes that imply closer positions of some factions such as the Klingons and Cardassians, but that all can work once you consider it's a flat map of space and the galaxy is 1,000 light years deep on average, so those empires may have space that sort of wraps over or under the Federation, and all Federation territory may be connected in the same manner.

81
Can anyone explain the Star Trek astrography (i.e. quadrants)?
21
How was Voyager still in the Delta Quadrant at the end of the series?

7
What produces the sound of transportation? (Out-of-Universe)
21
How was Voyager still in the Delta Quadrant at the end of the series?
12
What did it cost to make an episode of Star Trek?
22
Which (non-Earth) planet appears in the most Star Trek episodes?
12
What is the first non-Constitution class Starfleet ship we see in canon?
44
What was the highest rated episode of Star Trek?
3
Which Star Trek episodes deal with the Omega Particle?
18
Were the Borg Always intended to be a Delta Quadrant power?