Why did Henry Evans continue to go by Derrial Book?

In Serenity: The Shepherd's Tale, we learn that

Shepherd Book was born Henry Evans and that he stole the identity of Derrial Book in order to join the Alliance as a Browncoat spy.

However, he continues to go by Book even after

he was discharged from the Alliance.

It seems odd that he would continue to go by a stolen name after finding religion. Is there anything to indicate why he did this?

Why doesn't he re-assume his old identity?

Henry Evans is wanted by the police for (erm...) crimes unknown. These crimes are evidently serious enough to merit the Alliance send nine police fliers after him and no less than 6 heavily armed men to arrest him at his home. We can reasonably assume that if he was to become Henry again, he would be immediately at risk of arrest and substantial sentencing. 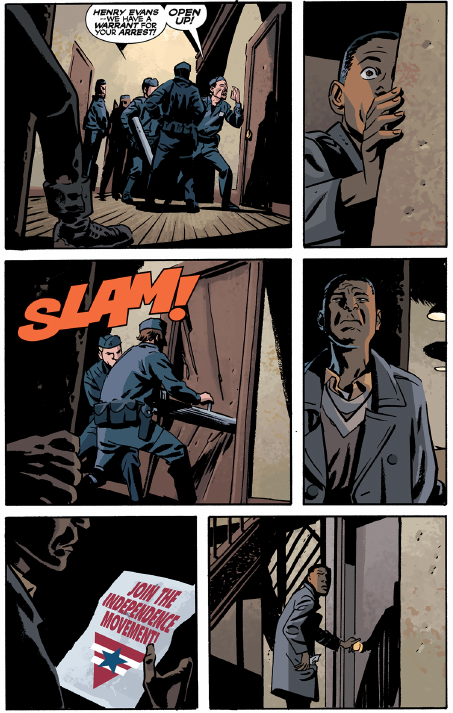 Why doesn't he assume another identity?

Ignoring the fact that he may simply not want to (his childhood was awful) or that stealing someone's identity would be quite difficult (the last time he did it involved killing someone), the reality is that Derrial Book is sufficiently well known that he is recognised in public, a decorated military man with a long track record of service. If he were to assume a third identity, that in itself would be highly suspicious behaviour that could lead to his arrest and trial where his other identity (and possibly his crimes against the Alliance) would be uncovered.

Not the answer you're looking for? Browse other questions tagged names firefly serenity or ask your own question.

41
In the movie Serenity why can't they transmit video?
20
How did River Tam end up in Alliance hands between the series and movie
28
Why did Shepherd Book assume Saffron was underage?
42
Why was River Tam turned into an assassin?
13
Did any of the planets in Firefly's 'Verse have any life before terraforming?
40
Why didn't the Reavers murder and mutilate everyone on Miranda?
29
Why does Mal change his mind?
14
Why did the details of River's rescue change for the movie Serenity?
5
Serenity: “Which, she would be sleepy” — why this line?