Who are the Macbeth Singers? (Double Double Toil and Trouble)?

Who are the students in Flitwick's choir in Prisoner of Azkaban who are singing the Macbeth song ("Double Double Toil and Trouble")? 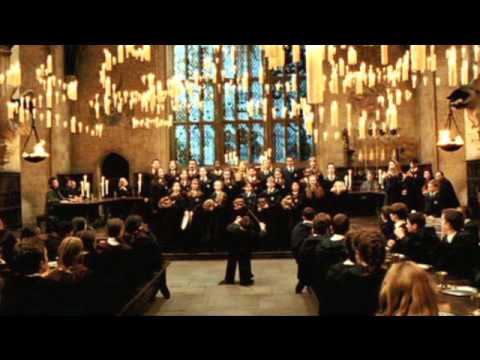 Beyond that, the members are simply listed on the wiki page as "Unnamed players".

The choir members were actually students of the London Oratory School's all-boy "Schola" choir, who also provided the actual singing.

Several (presumably non-singing) female extras appear to have been scattered in amongst them to make the choir look unisex.

Not the answer you're looking for? Browse other questions tagged harry-potter movie character-identification or ask your own question.

8
Why was Sirius locked in such an accessible room?
22
Why weren't Ron and Hermione allowed to enter the Three Broomsticks?
5
Singer in nightclub scene
2
What was the name of song which was sung by the choir in “Goblet of Fire”?
11
How many students attended Hogwarts?
0
Why does Dumbledore secure the castle and send all students to the great hall?