What is the best/most popular pipe-weed in middle earth?

Is it ever stated, or agreed upon by the hobbits, men, dwarves, or elves that there is a "best" or "most popular" pipe Weed? Or, more specifically, do any characters state their personal preference? 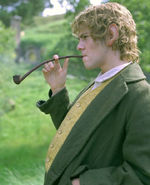 But all accounts agree that Tobold Hornblower of Longbottom in the Southfarthing first grew the true pipe-weed in his gardens in the days of Isengrim the Second, about the year 1070 of Shire-reckoning. The best home-grown still comes from that district, especially the varieties now known as Longbottom Leaf, Old Toby, and Southern Star.

Merry sings its praises later, when he and Pippin discover a barrel at Isengard (emphasis mine):

[Merry] produced a small leather bag full of tobacco. 'We have heaps of it,' he said; 'and you can all pack as much as you wish, when we go. We did some salvage-work this morning, Pippin and I. There are lots of things floating about. It was Pippin who found two small barrels, washed up out of some cellar or store-house, I suppose. When we opened them, we found they were filled with this: as fine a pipe-weed as you could wish for, and quite unspoilt.'

Gimli took some and rubbed it in his palms and sniffed it. 'It feels good, and it smells good,' he said.

'It is good!' said Merry. 'My dear Gimli, it is Longbottom Leaf! There were the Hornblower brandmarks on the barrels, as plain as plain. How it came here, I can't imagine. For Saruman's private use. I fancy. I never knew that it went so far abroad. But it comes in handy now?'

[I]f you [Butterbur] have any pipe-weed, we'll bless you.'

'Well, if you'd called for anything else, I'd have been happier,' said Butterbur. 'That's just a thing that we're short of, seeing how we've only got what we grow ourselves, and that's not enough. There's none to be had from the Shire these days. But I'll do what I can.'

When he came back he brought them enough to last them for a day or two, a wad of uncut leaf. 'Southlinch,' he said, 'and the best we have; but not the match of Southfarthing, as I've always said though I'm all for Bree in most matters, begging your pardon.'

Actually, one can argue that pipeweed (or sweet galenas, the wild-growing variant thereof as known in Gondor) thrives the better as one moves southwards.

Apart from the references to Bree and to Longbottom in the Southfarthing, we have Merry's account in his Herblore of the Shire, quoted in LOTR, Prologue, 2: Concerning Pipe-weed.

It grows abundantly in Gondor, and there is richer and larger than in the North, where it is never found wild, and flourishes only in warm sheltered places like Longbottom.

For Bree, Merry has this to say:

It is said that in his youth he [Tobold Hornblower] went often to Bree, though he certainly never went further from the Shire than that. It is thus quite possible that he learned of this plant in Bree, where now, at any rate, it grows well on the south slopes of the hill. The Bree-hobbits claim to have been the first actual smokers of the pipe-weed. They claim, of course, to have done everything before the people of the Shire, whom they refer to as "colonists"; but in this case their claim is, I think, likely to be true.

Taking into account also that the plant was presumably introduced to Middle-earth by the Men of Westernesse, it is not unreasonable to concude that the quality of this warm-loving plant improves with the milder climate.

It is quite another thing, of course, whether, where, and how the raw material is gathered, processed and marketed. That is an industry, without a doubt, best achieved by hobbits of the Southfarthing.