They had devolved and lived in the low lands and there were giant insects. The ship crashed in a mountain and, contrary to the humans, the dogs never left the area and evolved to be smarter than their previous owners.

Another ship arrived and they used "learning helmets" to "upgrade" the natives and started trading with them. Giant butterfly wings became a very valuable commodity.

I remember a line at the end that was something like "strange world this is, where even dogs sleep on butterfly wings".

The Forgotten Planet by Murray Leinster. 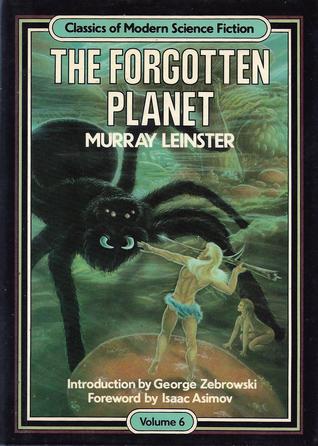 From one of the reviews:

In "The Forgotten Planet," the reader is introduced to the titular world, one which is never vouchsafed a name by the author. A sterile, barren hunk of rock, the world had been seeded by Earth ships with bacteria to break down the minerals into soil. Almost 1,000 years later, another ship had seeded the world with all sorts of plant and insect life, after which a "card file was upset" and the recorded details of the planet were lost. Hence, the nameless world was completely forgotten (more on this in a moment), and when the spaceliner Icarus crash-landed there many years later, with several thousand passengers, there was no hope of rescue. Some 40 generations later still, in the lowlands of the forgotten planet, the descendants of the Icarus passengers live in a state of reverted barbarism, subsisting on the ubiquitous giant fungi and cowering from the teeming swarms of gigantic insects....

The matter of the giant insects is something else again, and I'm not sure that a mere hothouse environment would account for the 40-foot-wide butterflies, monstrous spiders, 40-foot-long millipedes and other terrors that the author casually dishes out.

It's available on Project Gutenberg.

The dogs are, indeed, more intelligent than they were before:

There was even reason for the dogs remaining limited in number, and keenly intelligent. The food-supply was limited. When there were too many dogs, their attacks on stumbling insect giants were more desperate and made earlier, before the monsters' ferocity was lessened. So more dogs died. Then there was an adjustment of the number of dogs to the food-supply. There was also a selection of those too intelligent to attack rashly. Yet those who had insufficient courage would not eat.

There is a learning machine with head-set:

But there was an educator on the Wapiti. It was quite standard apparatus,--simply basic-education for a human child, so that one's school-years could be begun with a backlog of correct speech, and reading, with the practical facts of mathematics, sanitation, and the general information that any human being anywhere needs to know. Children use it before they start school, and they absorb its information quite painlessly. It is rare that an adult needs it. But Burl and Saya did.

Burl was politely invited to wear the head-set, and he politely obliged.

There is trade in the butterfly wings:

The wings of white Morpho butterflies bring the highest prices, but even a common swallow-tail is riches, and the fur of caterpillars--duly processed--goes into the holds of the planet-owned space-line ships with the care given elsewhere to platinum and diamonds.

And I think this is your bit about it being a strange world where dogs lie on butterfly wings although they're discussing it more as a matter of that the wings are priceless off-planet:

The Planet President of Sumor XI even liked the informal atmosphere of a house where pleasantly self-possessed dogs curl up comfortably on rugs of emperor-moth down that elsewhere are beyond price.