In the first book, the protagonist is a young girl who travels between our world and a different one (possibly through a wooden gate in the barn next door that she finds the key to in an old coat?). She falls in love with someone in the other world, but at the end of the book, the world sinks underground in a storm (a la Atlantis) and she loses her love.

In the last book, she encounters a reincarnation of her former lover (they both have dreams of the former life). He's named Luke in this world, but when she realizes he has signed his soul over to the bad guy boss (characteristic nick on his wrist from a knife used to sign the deal in blood), she kills him by stabbing him in the stomach. Some time later, she makes a deal with the bad guy boss to drink a forgetting potion so he will stop bothering her. The forgetting potion was from a friend (named Kyle?) who is the son of an evil witch (Moganna? Morgan la fay?).

I probably read the book in the early 2000's.
I hope I'm not getting a couple series mixed up with each other... I did a lot of reading as a child. My inability to recall the name of these books has been bothering me for the last 4 years.

I think you're looking for Jan Siegal's trilogy; Prospero's Children, The Dragon Charmer and The Witch Queen. Previously answered here: A book about a girl who goes through a mirror to Atlantis.

In the first book; Fern finds a key that allows to go through a mirror in the barn to Atlantis. In the last book, Morgus the Witch Queen, seeks revenge on Fern. A lot of the details you're asking about escape me, it's been a long time since I read the books.
I do remember Fern asking for the forgetting potion in the last book. 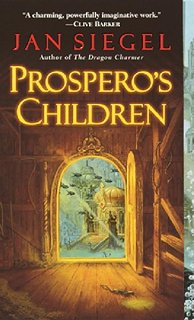 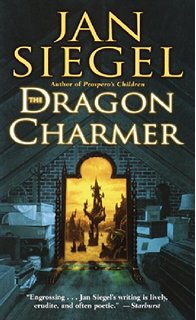 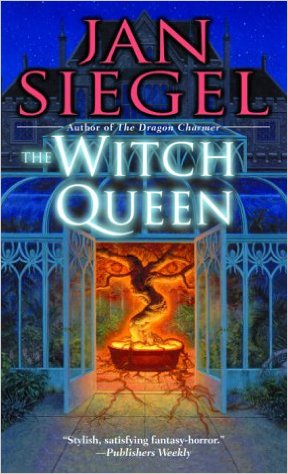 Not the answer you're looking for? Browse other questions tagged story-identification books atlantis or ask your own question.

3
Male vampire hunter travels through dimensions to hunt down his enemy
7
2-3 part book series where adults get a ringing noise in their ears that brainwashes them
4
Book about protagonist, Cassia, taken on as a wizard's apprentice
10
Science fiction book series about aliens that look exactly like humans, protagonist tries to rescue her brother from a government camp ran by aliens
11
80s/90s fantasy book: female protagonist, demon-related magic, "knife"/"blade" in title...?
11
Space war, humans recreated, grown from plants with an alien female supervisor
6
Book where a girl who makes potions is framed for trying to hurt a princess
5
Trying to remember a YA race-type thing book