Are These the Only 5 Fairy-Tale-Based Batman Villains?

I have recently been trying to catch up on as much Batman mythos as I can, however, I have only been able to get my hands on the first three Arkham games, the original Adam West Batman film, the first two Christopher Nolan films, the four Burton/Schumacher films, and the Season 1 box set for Gotham. That being said, I have noticed in the first two Arkham games the following fairy-tale-based villains:

1 Cyrus Gold/Solomon Grundy A zombie-like villain who took the name Solomon Grundy from a 19th century nursery rhyme of the same name.

4 Jervis Tetch/The Mad Hatter Obsessed with hats, developed a fixation on Alice in Wonderland and the characters in it, particularly the Mad Hatter and Alice.

5 Humphry Dumpler/Humpty Dumpty Man with an egg-shaped head and a compulsive need to fix things he considers 'broken'.

Intrigued by these five chapters, I was curious if there may have been any more, like maybe the Red Queen or Cheshire Cat from Alice in Wonderland, a character from an old fairy tale, or even a nursery inspired villain, much like Solomon Grundy & Humpty Dumpty.

I would appreciate any input. 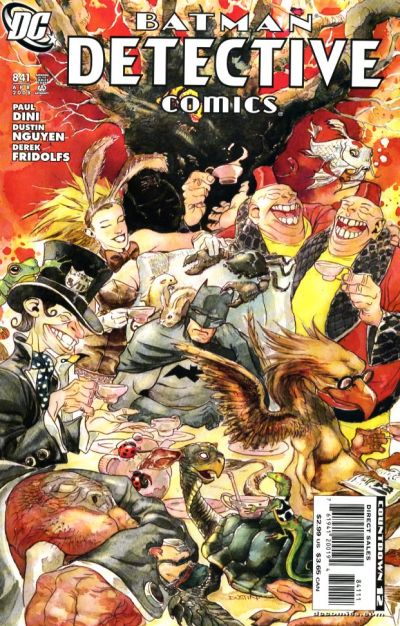 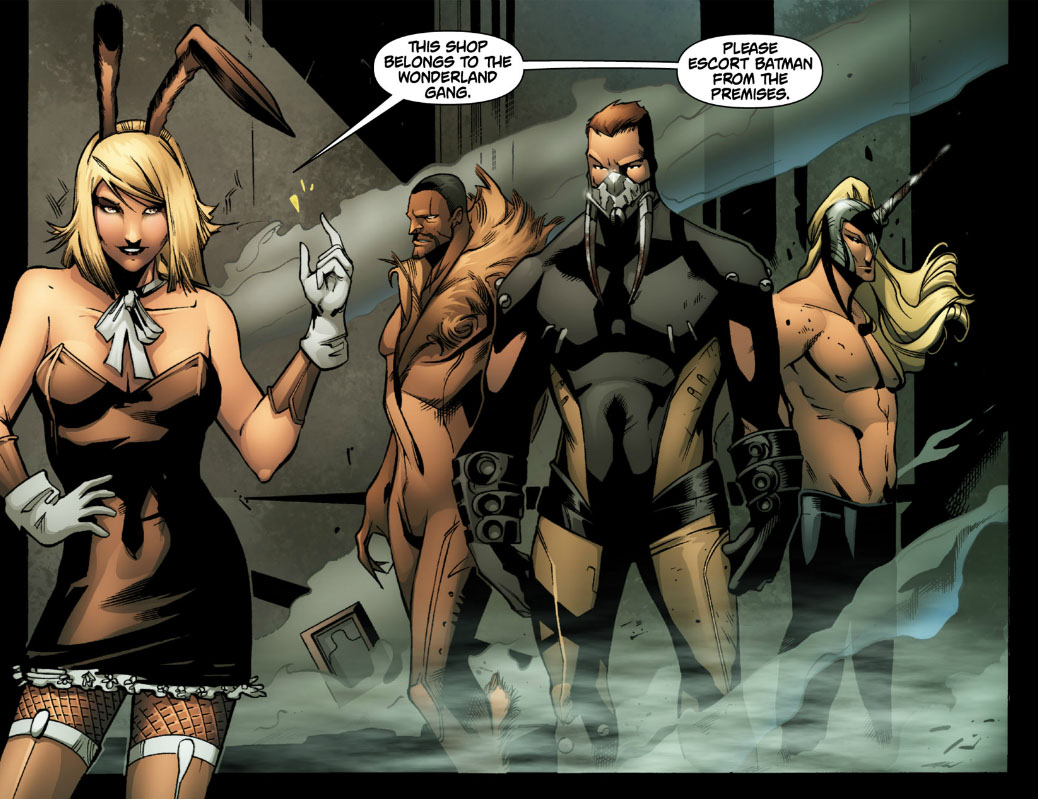 1Along with the Mad Hatter, Tweedle Dum and Tweedle Dee, these villains make up the Wonderland Gang. For whatever reason, Alice doesn't appear to be a member of the gang.

5
Batman Cartoon Movie featuring Satellite-based Blast
41
Why do Batman's villains blame Batman?
11
Which of these stories are in the same continuity as Batman: The Long Halloween?
17
Where are these Batman images from?
8
In the Christopher Nolan Batman Trilogy, how did they select the villains?
11
Do Batman villains typically have super powers?
12
In The LEGO Batman Movie, who are the agent looking villains?
4
Help identify these Batman characters on hand-drawn trading card sketches
71
Do the villains know Batman has no superpowers?
25
Why did Batman design Robin's suit with only the underwear without pants?