Is there a superhero who has notably super-strong teeth?

My Little Pony: Friendship is Magic season 5 episode 18 “Crusaders of the Lost Mark” has a colt with “super teeth”, who can lift a heavy see-saw by grabbing one end with his teeth. 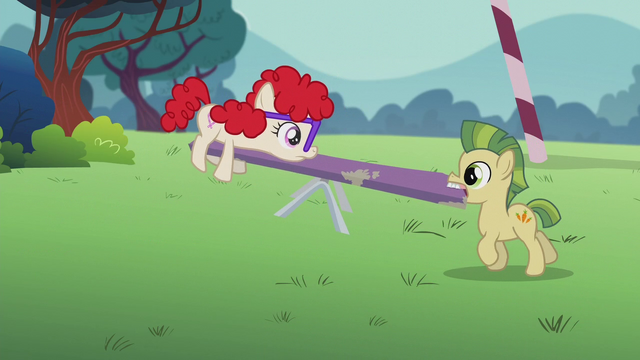 (This pony reappears in S5 E24 and S6 E19, and gets dental braces in the latter. He is unnamed in the show, has a yellow coat, green punk-style hair, and three carrots as a cutie mark. The fan nickname is Carrot Crunch.)

We know that lifting heavy objects with his teeth is a remarkable ability, at least for a foal, because Diamond Tiara mentions it. (Without this remark, it would be hard to judge how rare this ability is. Earth ponies do sometimes grab objects with their mouth, and S3 E3 and S2 E20 demonstrates that they pull ropes with their mouth. But the strength of ponies is generally portrayed in a very inconsistent manner in this show: ponies always have as much or as little strength as suits the plot.)

Are the super-teeth a reference to a superhero from outside the Friendship is Magic universe? Is there another superhero or supervillain who is definitely portrayed as lifting heavy objects with his teeth, preferably in a way where they grab a horizontal object by one end so that it's obviously unbalanced? Is there perhaps one of them who this pony is trying to resemble (eg. male, has similar colors)?

I'd be interested about this super-power appearing in any fantasy or science fiction media, be it comic strips, live action films or anything else.

Matter Eater Lad! Matter-Eater Lad can eat any substance in any amount at super-speed. He can consume an unlimited amount of matter in any form - solid, liquid or gas. He once hollowed out a large meteor in a matter of minutes. Digestive Enzymes: Their power to eat hard objects, like steel, without having super-strength or invulnerability, stems from the Bismollian ability to produce a variety of digestive enzyme that act on specific substances, making them easier to chew and digest. Once, when Computo had robbed him of his matter-eating ability, he could still produce enzymes, but biting into a piece of steel hurt his teeth. 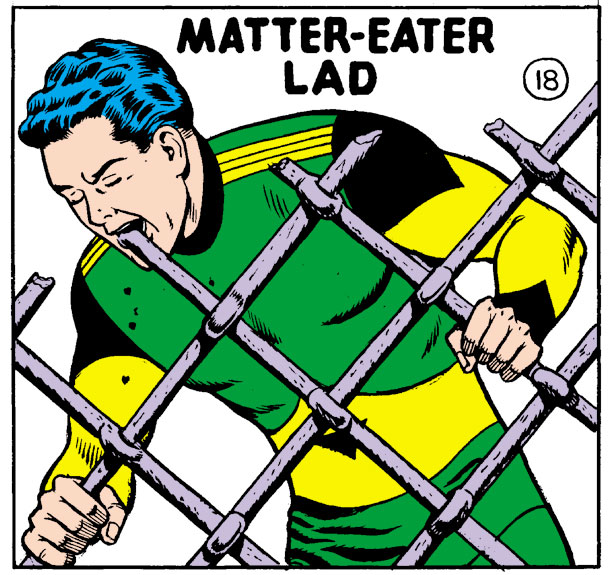 The first one that came to mind is a super villain rather than a superhero, and that is Jaws from James Bond.

Here he is in action: 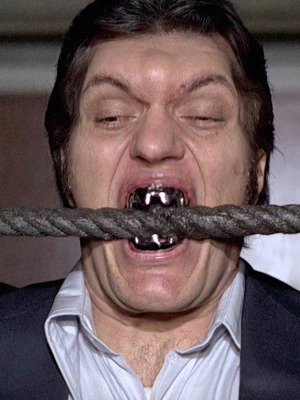 And here as his normal charming self :) 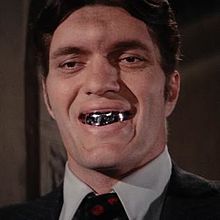 Not so much a superhero, but Sunny Baudelaire comes to mind...

Within Marvel comics, we have Lockjaw. 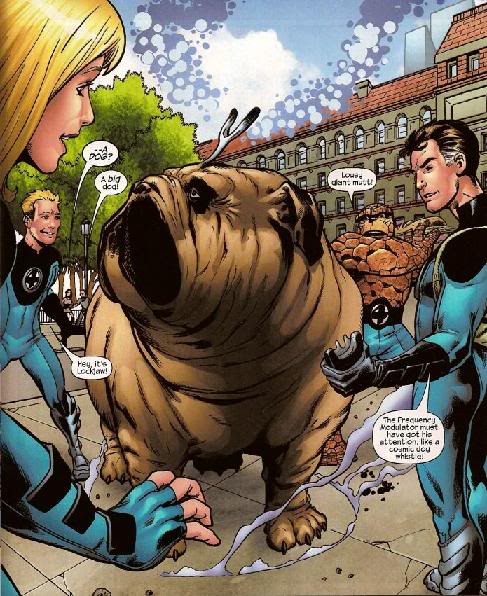 Technically Marvel Universe only mentions an "enhanced strength in his jaw".

He also has an increased sense of smell and a strength in his jaw which may be due to his immense size.

But Marvel Wikia expands on this explanation, explaining that Lockjaw was able to trap The Thing with his bite.

Lockjaw possesses great physical strength simply from size alone. Due to his canine physiology he is limited to what he can pick up by its shape, that is, whether he can hold it with his mouth. His mouth, however, is unusually large, as is his head, which is about 40 inches from flews to dome. His jaw strength is such that he once clamped onto the Thing's hand and the Thing was apparently unable to free it.

Trap-Jaw, a villain cyborg from He-Man (and the Masters of the Universe) comes to mind: 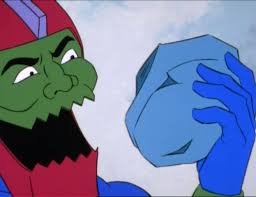 Trap Jaw eating some Eternium, the most powerful mineral on the planet 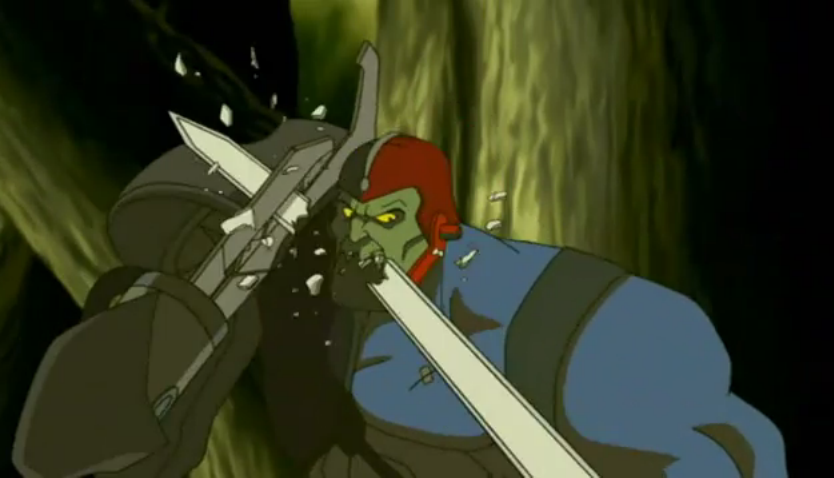 This is revealed in issue 33 of The Unbeatable Squirrel Girl. 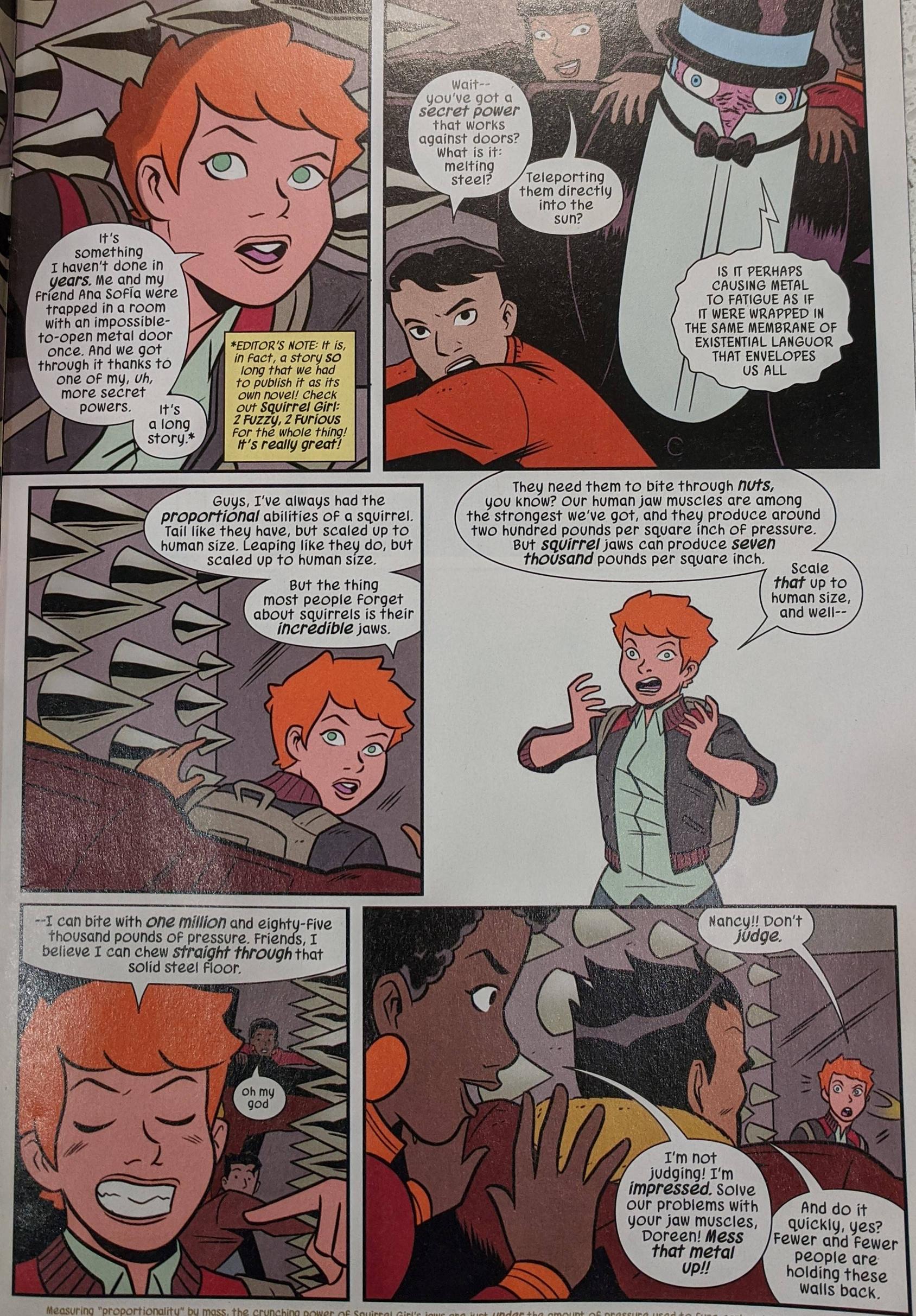 But the thing most people forget about squirrels is their incredible jaws.

Scale that up to human size, and well--

--I can bite with one million and eighty-five thousand pounds of pressure. 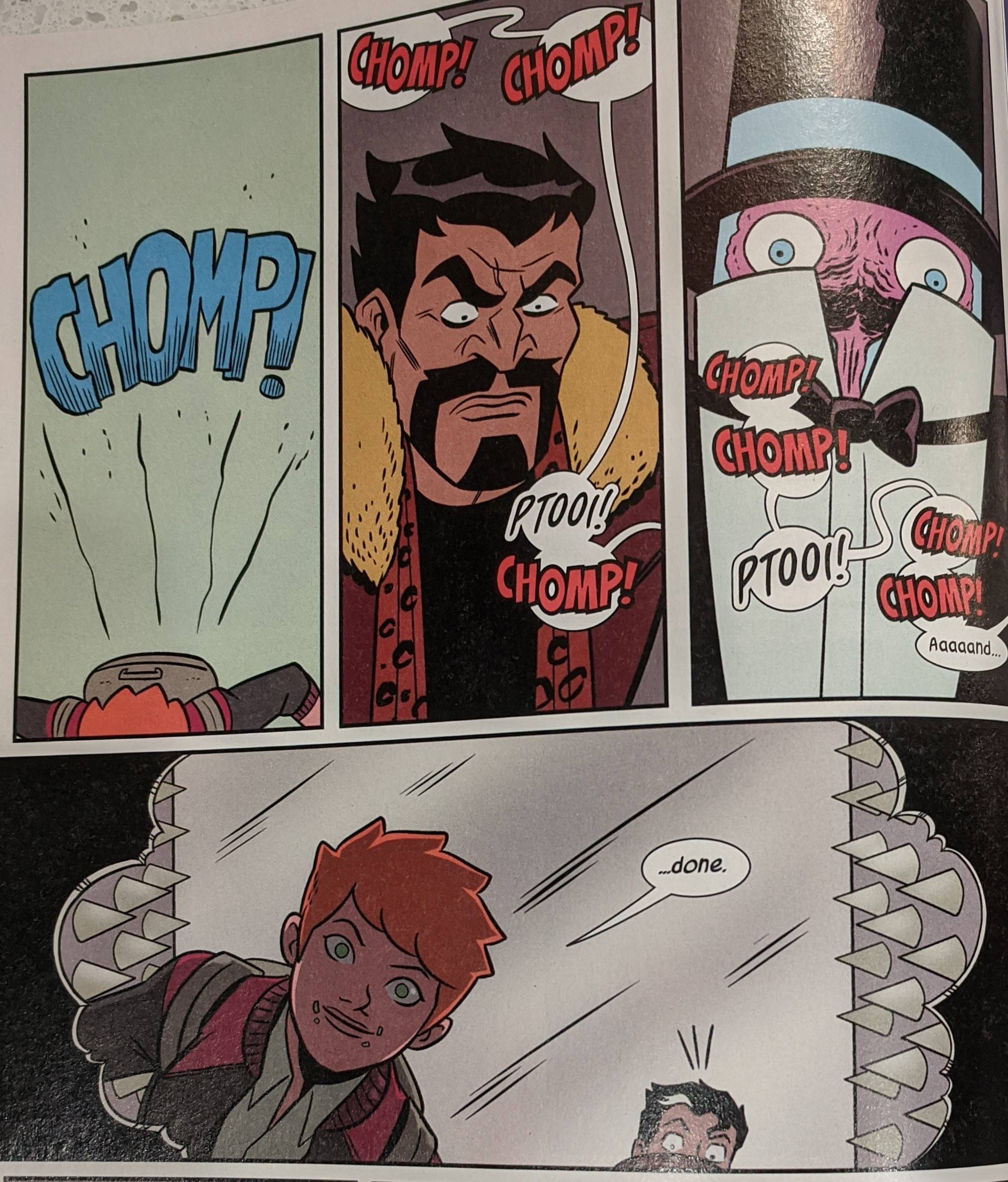 Not the answer you're looking for? Browse other questions tagged super-hero my-little-pony my-little-pony-fim supernatural-abilities or ask your own question.

11
Why do the Cutie Mark Crusaders live with their sisters instead of their parents?
8
Who was the first married superhero couple to fight crime as a team?
7
Has Uncle Ben ever received super powers?
5
Who are the two yellow mares in the season 5 poster?
20
Who was the first African/Black superhero?
16
Is there a superhero who is an actor when not on superhero duty?
8
Who is this super heroine?
30
Who is this superhero/villain in the picture?
27
Has there been a Superhero Musical Movie released in cinema theaters?