Has someone ever mentioned the resemblance between Clark Kent and Superman?

One of the usual jokes around Superman is that people never figure out that Clark Kent is Superman, though his "disguise" consists of just wearing glasses and a costume. Depending on the version, this is because his glasses are special and grant him with a kind of hypnosis, or that the behavior of the shy Clark Kent is so different from the heroic Kryptonian that they cannot imagine they are the same person. Some other tricks, like using an actor, also helps to fool people.

But when there is no hypnosis involved the physical resemblance is quite obvious, at least from body shape and facial features. Hence my question:

Is there a version were it is notorious that Superman and Clark Kent are lookalikes?

I can easily imagine Lois Lane joking to Clark: "It's so ironic that Superman and you look like twin brothers, but you're such a coward..."

In the film Superman Returns we see Lois and Richard talking while Clark is across the room. Richard mentions to Lois that he thinks Clark resembles Superman. The two consider the possibility for a moment before they chuckle to themselves at such a ridiculous thought.

The conversation can be seen in this clip:

In the comics, people usually don't mention it because the two don't look that similar, in comics reality.

One of my favorite Superman powers is his Super-Hypnosis. No really. It's enhanced by his glasses, which are made of Kryptonian material from his spaceship.

In Superman #330, there's a sequence where an illustrator colleague of Clark Kent sketches both Clark and Superman. Despite the fact that they're the same person, the sketches are quite different, with Clark looking "frailer... and not terribly handsome!" according to Superman.

IIRC, in the same issue, there's a point where someone encountering Clark and seeing him from behind doesn't recognize him, since he looks bigger and more muscular.

A number of strong suggestions for this difference were provided in this wiki: https://superman.fandom.com/wiki/Clark_Kent

It should be noted that this page uses a picture form the early 2000s series Superman: Secret Origin which has a less cartoonish or exaggerated, more "realistic" art style, putting everything from facial features and body proportions to technology and action into a more realistic scale. It should be noted that in this more subdued art style, Superman bears a striking resemblance to Christopher Reeves portrayal of the character, seen here: 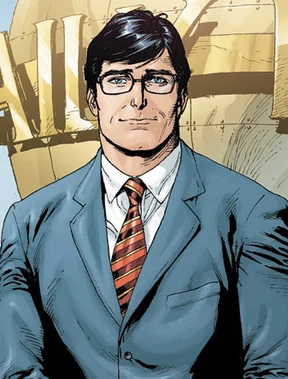 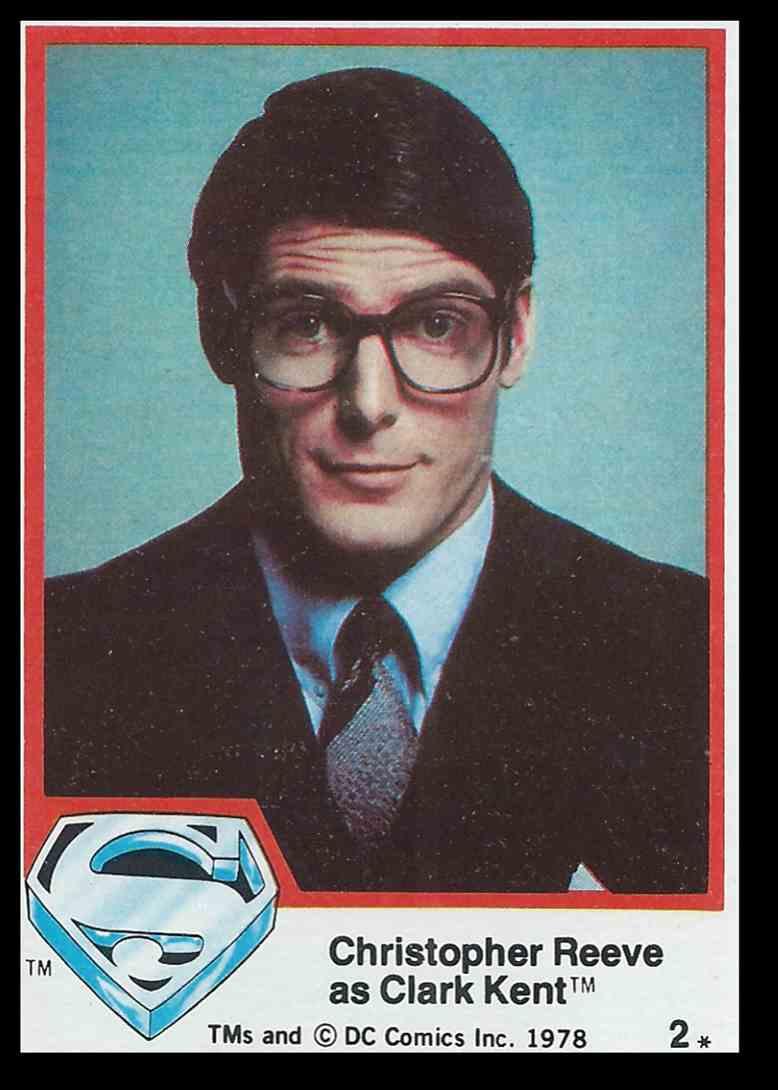 Even taken the variances of art style into account, the comic does a pretty good job of distinguishing between the look of "Clark" versus "Superman", as seen here: 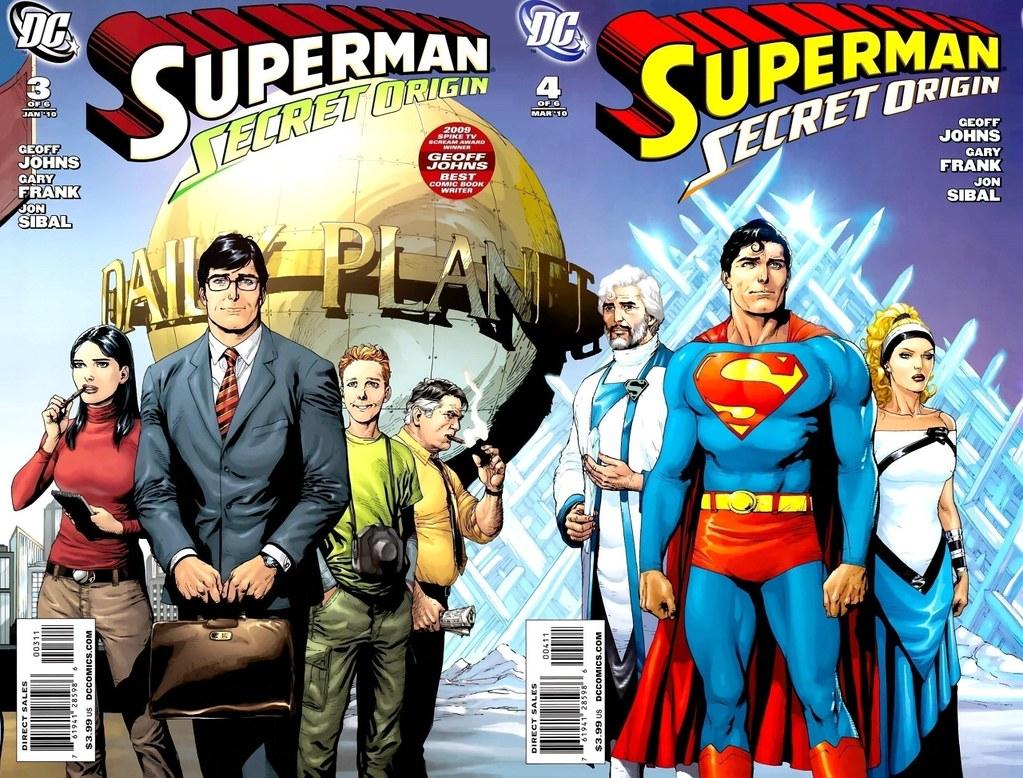 While the two men obviously share similarities, [whether intentionally or not] they are also shown with subtle differences which would make them distinguishable from each other. The backgrounds also show the subtlety in "context" as an affect of "how" people can "perceive" someone; Clark, though in the foreground, is somewhat subdued in his stance and color, overshadowed by the more kinetic energy of the Daily Planet and the people that make up his life there. Concurrently, Superman seems to be bold and commanding of the eye, at the very center of the alien grandeur of his parents and Fortress of solitude. In this way, the art choices themselves seem to highlight the differences in perspective, showing how humans "see" these men as completely different experiences. Which, despite the obvious similarities [height, race, hair color, etc] seem to set them apart from each other.

The wiki does a good job of elaborating on the more practical elements of this identity separation. I'll quote some of the central parts to it here:

First written in the earliest Superman comics, Clark Kent's primary purpose was to fulfill the perceived dramatic requirement that a costumed superhero cannot stay on-duty twenty-four hours a day, or throughout the entirety of a comic book series. As such, Kent acted as little more than a front for Superman's activities. Although his name and history were taken from his early life with his adoptive Earth parents, everything about Kent was staged for the benefit of his alternate identity he acquired a job as a reporter for the Daily Planet for the convenience of receiving late-breaking news before the general public, providing an excuse for being present at crime scenes and having an occupation where his whereabouts do not have to be strictly accounted for as long as he makes his story deadlines. However, in order to draw attention away from the correlation between Kent and Superman, Clark Kent adopted a largely passive and introverted personality, applying conservative mannerisms, a higher-pitched voice, and a slight slouch. This personality is typically described as "mild-mannered," perhaps most famously by the opening narration of Max Fleischer's Superman animated theatrical shorts. These traits extended into Kent's wardrobe, which typically consists of a softly-colored business suit, a red necktie, black-rimmed glasses, combed-back hair and, occasionally, a fedora.

The idea of "staging" is a fundamental aspect of this trope and the superman mythos, indicating that its not merely "the look" that throws people off, but that Clark/Superman "puts on a show of a completely different character" to distinguish the two persona from each other. In later versions, this idea was reversed; having been "born" on earth, Clark Kent was superman's base identity, with the costume serving to be a means by which he can use his powers and do the good he [clark] wants to do, but while not giving up his human life or endangering the people he loves.

In the wake of John Byrne's The Man of Steel reboot of Superman continuity, many traditional aspects of Clark Kent were dropped in favor of giving him a more aggressive and extroverted personality, including such aspects as making Kent a top football player in high school, along with being a successful author. Recently, some aspects of this change have been dropped, in favor of bringing back elements of the earlier, "mild-mannered" version of Kent. Feeling that Clark is the real person and that Clark is not afraid to be himself in his civilian identity, John Byrne has stated in interviews that he took inspiration for this portrayal from the George Reeves version of Superman.

Speaking specifically to the "resemblance" between the two, a few reasonable explanations have been provided beyond Clark merely changing his look and acting differently. These are:

This too is elaborated on, empahsis mine...

Various reasons over the decades have been offered for why people haven't suspected Superman and Clark Kent of being one and the same. The most common offered is simply that, despite their physical resemblance, Superman and Clark are perceived as too different in mannerisms and personality to be the same individual. ...Another reason given in the late 1980s was the public simply does not know that Superman has a secret identity, considering he does not wear a mask, which implies to most that he has nothing to hide. As an added precaution, Superman would vibrate his face (like Jay Garrick, the Golden-Age Flash), slightly so that photographs would only show his features as a blur, thus preventing the danger of photographs of both identities being reliably compared...The 2004 series Superman: Birthright also explained that Superman's eyes are an unnaturally vivid shade of blue. Clark's glasses diffuse the color and make his eyes appear more human in that identity. A new element that has shown up recently is the fact that most people only know of Clark as a name in a byline, and only see Superman from a distance, if they see him at all. As most people don't spend a lot of time with both Clark Kent and Superman the similar appearance doesn't come up.

83
What makes the world so oblivious to Clark Kent's secret?
43
Why doesn’t anyone figure out He-Man's secret identity?

17
Does Lois Lane Know Who Superman Is (In Any Versions or Reboots)?
5
What is the origin of the idea that Lex Luthor is Jewish?
6
Clark Kent as Cold War Reporter
15
Why does Superman love Lois Lane?
7
How does Clark Kent fool facial recognition systems?
3
Identifying a Superman Elseworlds comic where the Kyptonians take over Earth
9
Why did Superman's body not decompose?
8
Has Superman ever willingly revealed his identity to Lex Luthor?