Why doesn't Astra, a Kryptonian, know what Kryptonite is?

Near the end of Episode 2 of Supergirl, Astra (a Kryptonian) says to Henshaw that humans have no weapons that can harm her, and then Henshaw surprises her by stabbing her with a blade of Kryptonite. She flies off in pain and then later has the following conversation with a Kryptonian scientist who is analyzing the blade:

Astra: Kryptonians are nearly indestructible on Earth. How could that blade hurt me?

Scientist: Unclear. I've never seen anything like it. It's definitely not from this planet. It seems to be emitting a specific radioactivity that's damaging to your cellular structure.

Astra: It's still making me sick. Get it away from me. Get it out of here.

I am not very familiar with the Superman canon, so I'd like to know why these two Kryptonians don't know what Kryptonite is.

There are actually two questions here.

Why don't the Kryptonians know what Kryptonite is?

The very short answer is that Kryptonite is not native to Krypton, it was formed when Krypton was destroyed. Since she's been in hiding, it's very unlikely that Astra has ever encountered Kryptonite. Note that the very first time that Superman encounters the stuff (in Superman v1 #61), he goes through precisely the same learning curve, discovering what it is, where it came from and why it diminished his powers.

Why doesn't it affect the scientist?

We know from earlier in the episode that Fort Rozz was carrying other species than just Kryptonians, including a Helgramite. The expectation seems to be that that the overwhelming majority of aliens on board weren't Kryptonians at all, something that will allow Supergirl to fight a "monster of the week" without having to constantly overmatch other Super-beings.

It's quite possible certain that the scientist wasn't a Kryptonian at all but merely another humanoid alien from within the Kryptonian Empire, hence his unusual eyes 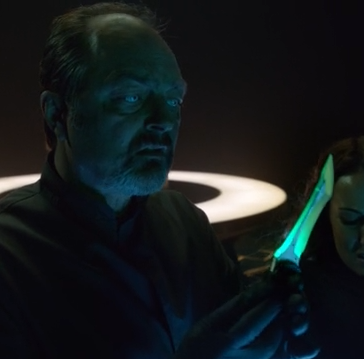 Not the answer you're looking for? Browse other questions tagged dc arrowverse supergirl supergirl-2015 or ask your own question.

0
In Smallville, why does Kryptonite weaken people who got Superman's power but aren't Kryptonian?
1
Why doesn't The DEO (Supergirl-2015) actually instruct recruits?