What is the first non-Constitution class Starfleet ship we see in canon?

In terms of 'first', I mean out-of-universe, as in following the chronology of the production of series (i.e. TOS comes first, then TNG, DS9, VOY, ENT - not TAS because that isn't considered canon)

Looking at the list of original series ships on this page, a non-Constitution freighter called the Woden was shown in the episode "The Ultimate Computer" from season 2 of the original series (predating the "Way to Eden" ship in Himarm's answer, which was from season 3), and was probably Starfleet given the registration of NCC-325.* Unfortunately in design terms it isn't very interesting--the production crew just reused the Botany Bay (a pre-Starfleet ship) from "Space Seed". 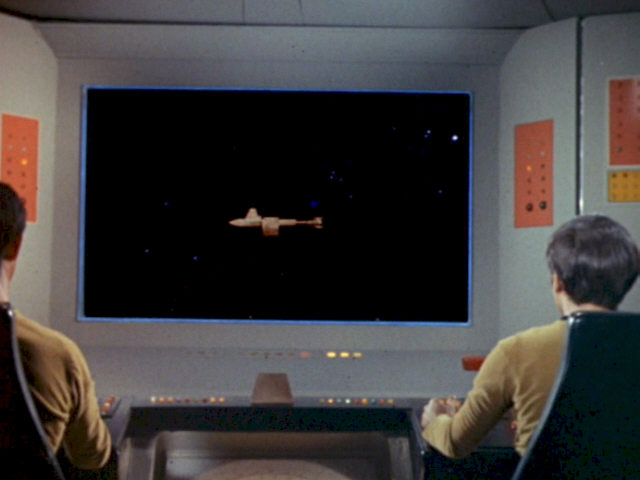 *After looking at the transcript of this episode, I see NCC-325 is not mentioned in the dialogue, so its possible this registration is only seen on the new CG version for the remastered show, and wasn't present on the original model. The dialogue does say the Woden is "Listed in Starfleet Registry as an old-style ore freighter converted to automation", but I don't think it's clear that any ship listed in Starfleet Registry must have an NCC registration number.

This is the Current version of the ship Via remastered CGI.

I verified that this episode did include this ship on screen, Via Netflix.

This is the original version most likely seen on TV.

Starfleet maintained an old class J starship for use as a cadet training vessel. During an inspection by Fleet Captain Pike, a baffle plate ruptured, exposing the crew to harmful delta rays. Pike received an extremely high dose which ultimately left him an invalid, as he went in to rescue the cadets. (TOS: "The Menagerie, Part I")

They appear to be an old model'd ship, that starfleet kept around to use as a training ship.

I'm gonna go with the USS Reliant - Miranda class starship that we see in Star Trek II: Wrath of Khan 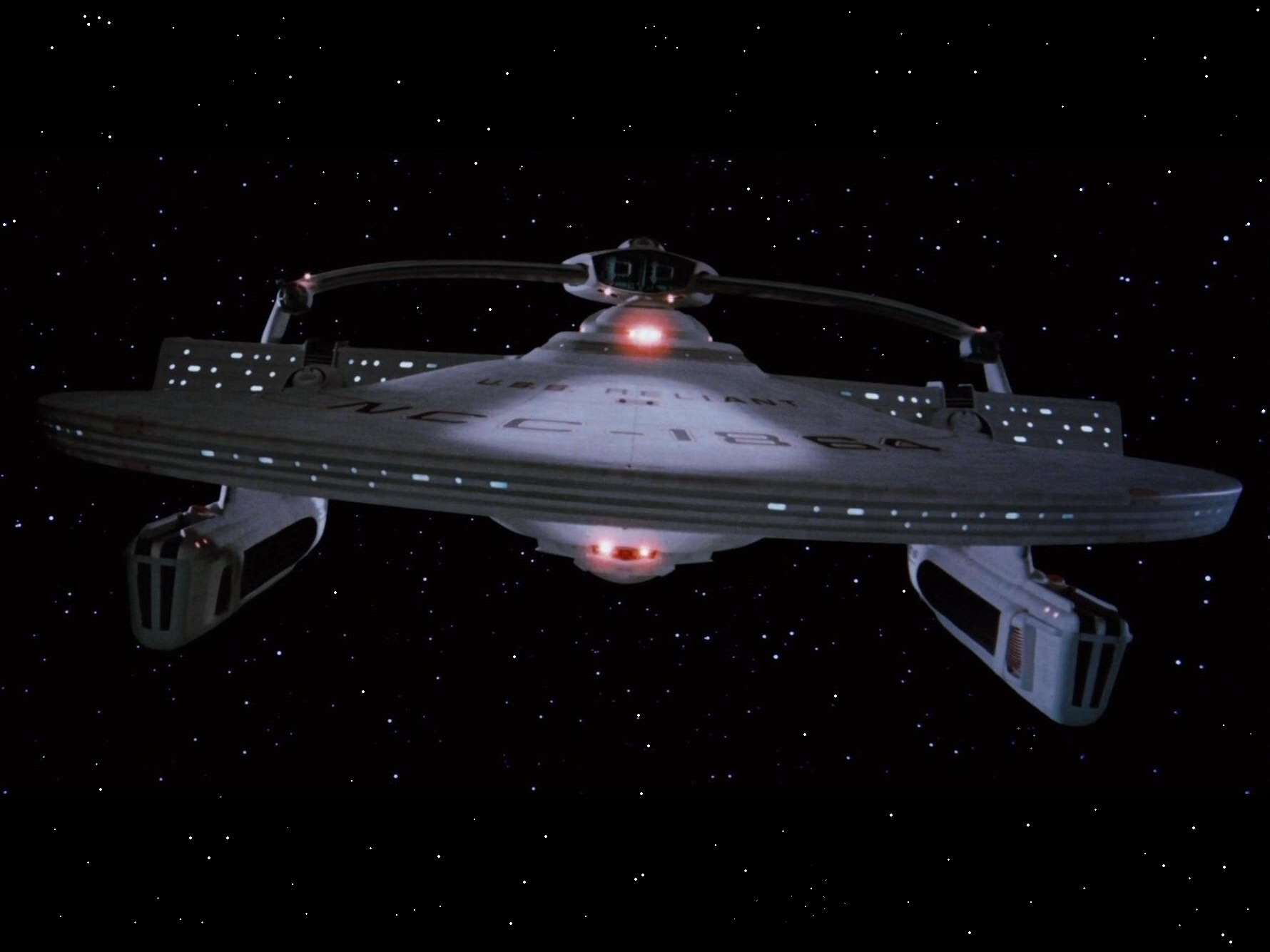 The Antares, in Charlie X, the second aired episode of The Original Series, is a cargo ship. 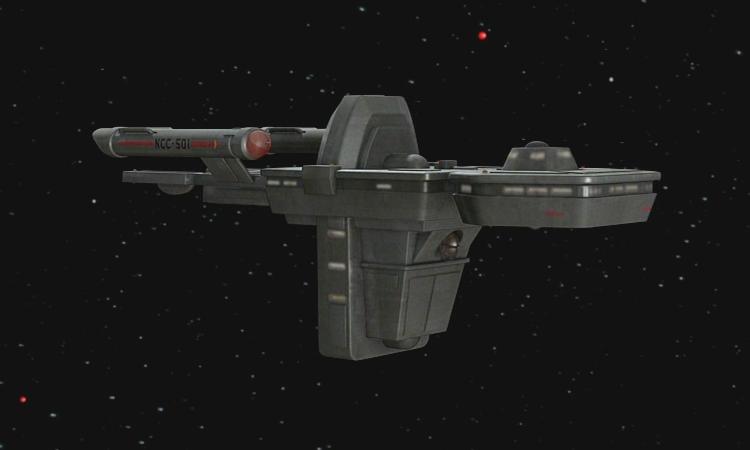 IMHO it is perfectly possible that the Constellation in "The Doomsday Machine" was a starship of a non Constitution class.

When they search for the missing starship Constellation Spock says:

I have it on the sensors, Captain. By configuration, a starship stopped in space. She appears to be drifting.

Note that Spock doesn't say that the configuration matches any particular CLASS of spacecraft. He says that it matches a TYPE of spacecraft, a starship.

A TYPE of craft is one which performs a specific function, such as a battleship, an aircraft carrier, a tugboat, a private jet, a news helicopter, an airliner, a moon lander, etc.

A CLASS of craft is a group of craft of a specific TYPE which are all built to almost totally the same plans with only very minor variations.

I have read that a consumer model kit of the Enterprise was used to film the Constellation and that it was not totally accurate and there were slight differences in configuration. When they look for the auxillery control room on the Constellation Kirk walks right past it before spotting Matt Decker in it. So some of the internal arrangements are different on the Constellation.

Thus, so far as we can know, it is perfectly possible that the creators of Star Trek saved special effects money by deliberately making other starships seen in TOS look like Constitution class starships even though they knew those ships belonged to different classes.

38
Why was the Defiant so small?
21
Why was the name 'Enterprise' chosen (out of universe)?
22
Which (non-Earth) planet appears in the most Star Trek episodes?
11
When did 'Star Fleet' become 'Starfleet'?
44
What was the highest rated episode of Star Trek?
7
Which TOS characters do we see in TNG-era canon?
32
Did Starfleet ever have an Enterprise-class of starship?
2
Differences between Enterprise and Defiant in DSC
4
What's the smallest Star Trek ship of the "classic design"?