Have we ever seen TIE fighters/bombers operating in atmosphere before?

In the trailers for Star Wars - Episode VII: The Force Awakens, we see TIE-type vessels flying near the ground, in the atmosphere of a planet (the planet itself looks a lot like Tatooine). 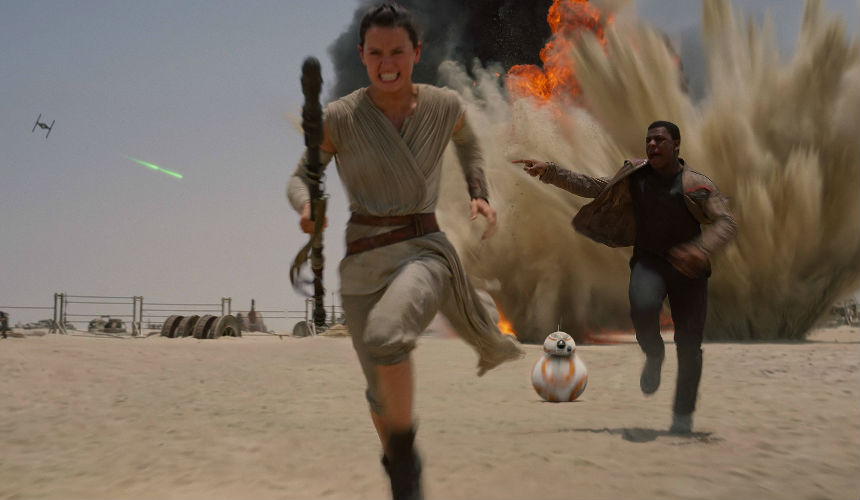 Have we ever seen this before?

I am specifically looking for:

In The Empire Strikes Back, we see TIE Fighters in the atmosphere of Bespin, not the vacuum of space, when the Millennium Falcon is being chased after rescuing Luke.

As Bespin is a Gas Giant they obviously do not fly over land, but they are below a floating city known to have a breathable atmosphere.

In The Empire Strikes Back, the Millennium Falcon hides in a "cave" on an asteroid. The TIE bombers fly low over the asteroid dropping bombs.

I argue that the asteroid had a non-trivial atmosphere:

This is questionably canonical, but there's an easter egg in Episode 2 that includes three distant TIE fighters and X-wing during the chase seen through Coruscant at the start of the film. Coruscant has a breathable atmosphere (evidenced by the chase scene is in an open air vehicle).

They can be clearly seen inside the red rectangle in the following images, from this site. 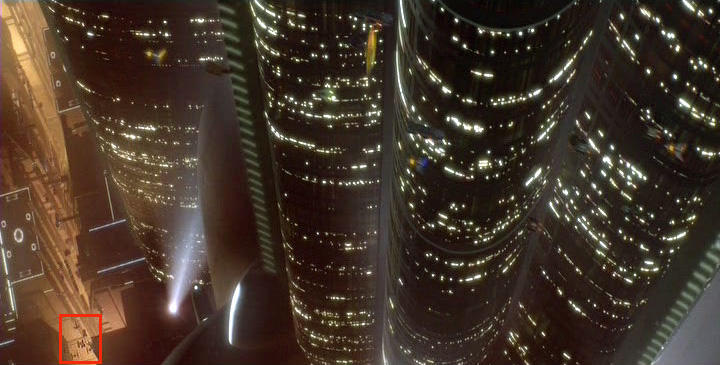 It seems that I was wrong :(

It's always difficult to prove a negative, but all references to TIE fighters I can find from the two movie trilogies indicate that we do not see a TIE fighter flying in an atmosphere (which has now been proven wrong)

In Canon we do see this!

Wookieepedia tells us that:

They were able to operate both in space as well as in planetary atmospheres, acting as fighters or scouts.

according to the canon work Star Wars Rebels: Spark of Rebellion

But this isn't from either of the movie trilogies as requested in the question! Nevertheless, we do know from canon that it is possible.

This is slightly outside the scope of the question (not Original Trilogy), but in New Disney Canon - even pre-Episode-7, we do see this.

In the novel Aftermath, we see TIE Fighter being commandeered by Nora, flown in the planet's atmosphere, engeged in dogfight with other TIE Fighters, and eventually crashed into Satrap's palace.

Tie fighter engines are ion thrusters, which wouldn't work outside the vacuum of space (i.e. in the presence of other ion atoms).

29
Why didn't the Imperials provide air cover to their forces on Hoth?
11
How does the Space Slug (Exogorth) breathe in the vacuum of space?