Who and what is Him?

In the PowerPuff Girls one of the strongest villains they face is Him, but his appearance, name, and voice are quite confusing. Who and what is Him? 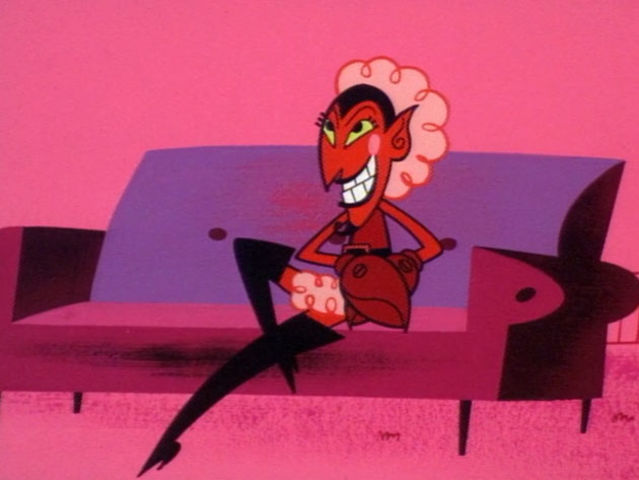 HIM is the Devil.

Or more precisely, he's the Devil in the clothes of an androgynous cross-dresser, partly inspired by this character in the film Yellow Submarine.

From the Wikia page:

It is implied that he is the devil himself, or at least some form of demon, in The Powerpuff Girls series, he is said to be "so sinister, so evil, so scary, so horribly vile that his real name can never be said, lest fear be struck into the very hearts of men."

His voice and mannerisms were inspired by the Chief of the Blue Meanies in The Beatles movie "Yellow Submarine".

His physical appearance is an amalgamation of sorts, borrowing a mix of concepts and imagery in regards to Satan with cross-dresser attire.

Him is the PPG embodiment of all fear (acording to my niece, a devout PPGs fan).

It was inspired in a nightmare of the creator Craig McCracken, I saw it in a Cartoon Network magazine.

2
Is there an explanation of what would have been created without Chemical X?
2
PowerPuff girls' Rowdyruff Boys rivals
6
What is the correct spelling of the head of the Derbytantes group?
6
Powerpuff Girls Supervillain School