Is the Mayor anything other than a bumbling oaf?

The Mayor regularly is clueless to whats happening in his city, and if it weren't for the Powerpuff girls the city would have fallen apart already. Do we ever have an instance when the Mayor saved the city? 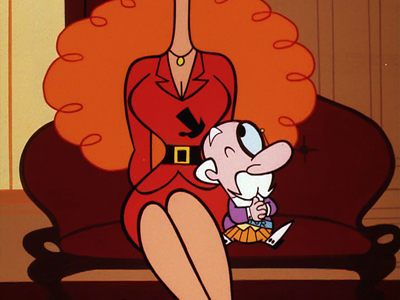 In the episode "Hot Air Buffoon" he actually makes a fairly effective villain - at first his bright idea to fly around in a hot air balloon punching criminals with an extendable boxing glove works rather well, until he starts punching out citizens for the smallest infractions. He tries to punch the girls when they attempt to talk him down and punches a missle-launching button instead, destroying huge parts of the town and prompting the narrator to say,"Oh Mayor, what would Townsville do without you? Probably be a lot better off.". The girls reassure him that calling them did mean he saved the city (from himself). 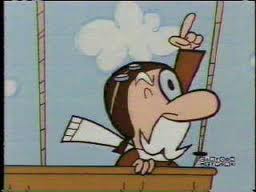 According to my niece, a villain called the Leech who could 'suck important information' out of people tried to learn the location of the 'key to the world' from Mayor, and got nothing because of the mayor's stupidity, enabling the girls to catch him (the Leech)- so one could argue in this instance Mayor's bumbling actually helped things.

There is now an example in the 2016 reboot series where the Mayor saves the city. It is season 1 episode 7 “Bye Bye Bellum” (see third party review of the episode). The Powerpuff Girls are incapacitated and captured by the villains Bianca and Barbara Bikini, and Miss Bellum is on a vacation, so the Mayor has no other option than to level up and save the day.

Update 2020: I forgot about a season 2 episode in the original series: “Collect Her”. In this episode, the Powerpuff Girls are kidnapped. The Mayor calls all the citizens of Townsville to the main square, figures out which one citizen is missing (Lenny Baxter the comic book geek), and realizes that they're the culprit. The Mayor then leads a mob against Lenny to recover the Girls.

6
What is the correct spelling of the head of the Derbytantes group?