Story about miniature aliens who live in cereal boxes [duplicate]

When I was younger (in the 90s) I read some paperback books about aliens who, if I remember correctly, lived in cereal boxes. They had enemies whose main weakness was a craving for pepper flakes, but who would die if they ate too much.

I believe this is Aliens For Breakfast by Stephanie Spinner and Jonathan Etra. It was published in 1988 and is part of a trilogy including the books Aliens for Breakfast, Aliens for Lunch, and Aliens for Dinner. 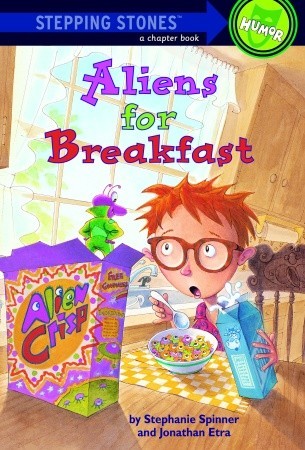 This review mentions the aliens coming out of a cereal bowl

When Richard is confronted with a tiny alien named Aric climbing out of his cereal bowl, he doesn't know what to think. But he's even more perplexed and overwhelmed when Aric wants his help to fight the evil Gorf, who is disguised as a popular new kid in Richard's class. What's worse is that there's a very simple way to defeat Gorf, but Aric can't remember it, leaving Richard to fend for himself in the fight against evil with very little but a wisecracking, condescending alien for backup. And if Richard fails, the consequences could be deadly.

i think i remember liking this book. something about aliens in disguise, and you can kill them with putting red pepper on their pizza

4
Trying to remember the name of a grade-school book about an alien in a cereal box
13
identify this book about a human turned into a god by aliens
13
An immortal who travels space trying to find the aliens who made him immortal
10
Short story about a group of people who infiltrate a fortress of monsters
10
Sci-Fi: Story about an astronaut and telepathic feline-like aliens
4
A book about aliens living on Earth who look like humans