Did anyone in the Star Wars universe wear effective armour?

The Storm Troopers are the main case here, they get killed easily by blasters and even the Ewok arrows go straight through their 'armour'.

The AT-ST and AT-AT use armour to repel blasters of different strengths so they don't pass through all materials. I understand though that the armour used on these is likely much heavier.

From the prequel trilogy we also have the droidekas, which have a shield when not moving. Does anyone other than these droids use this technology?

You may use any of the Scrapped EU, Current EU and the normal U to answer.

In Legends, there are some people/droids who did wear effective armor, but such armor was made out of rare and/or expensive materials.

There is an ore called cortosis which is resistant even to lightsabers. It was used in the armor for various troops and droids, such as C-B3 cortosis battle droids, purge troopers, and shadowtroopers. 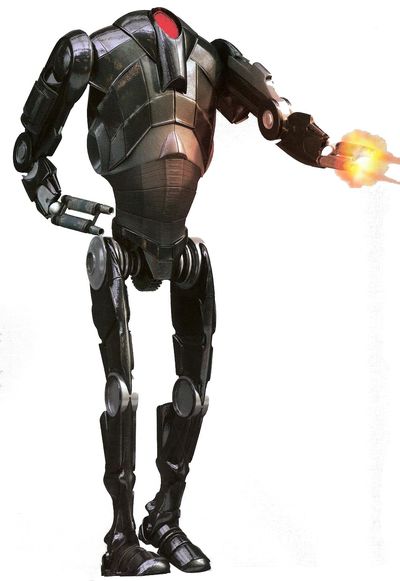 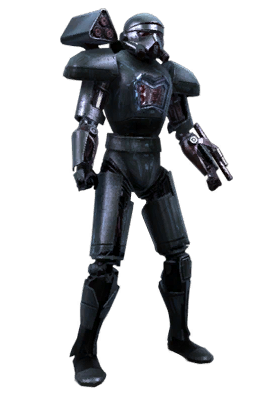 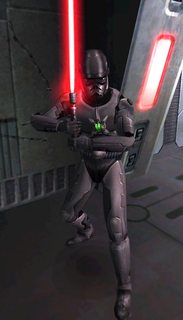 However, cortosis ore is rare, and the use of cortosis in armor is even rarer because of the Jedi:

Close at hand sat a stubby treddroid tasked with monitoring the progress of a mining probe that was sampling a rich vein of cortosis ore at the bottom of a deep shaft. A fabled ore, some called it -- owing to its scarcity, but even more for its intrinsic ability to diminish the effectiveness of the Jedi lightsaber. For that reason, the Jedi Order had gone to great lengths to restrict mining and refinement of the ore. If not the bane of the Order’s existence, cortosis was a kind of irritant, a challenge to their weapon’s reputation for fearsome invincibility.

Note that cortosis has been depicted as having wildly different effects among conflicting sources. See Wookieepedia's "Behind the scenes" section in its cortosis article for more information about this.

Another ore that is resistant even against lightsabers is Mandalorian iron (called beskar by the Mandalorians). This ore can only be found in the Mandalore system, and many Mandalorians (but not all) used it in their distinctive armor. For example, this is Kal Skirata with his beskar armor: 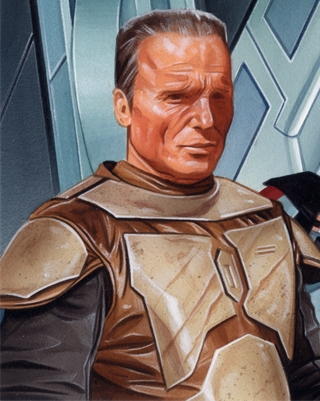 Phrik is yet another material used to make lightsaber-resistant armor. It was used in the armor for Imperial dark troopers: 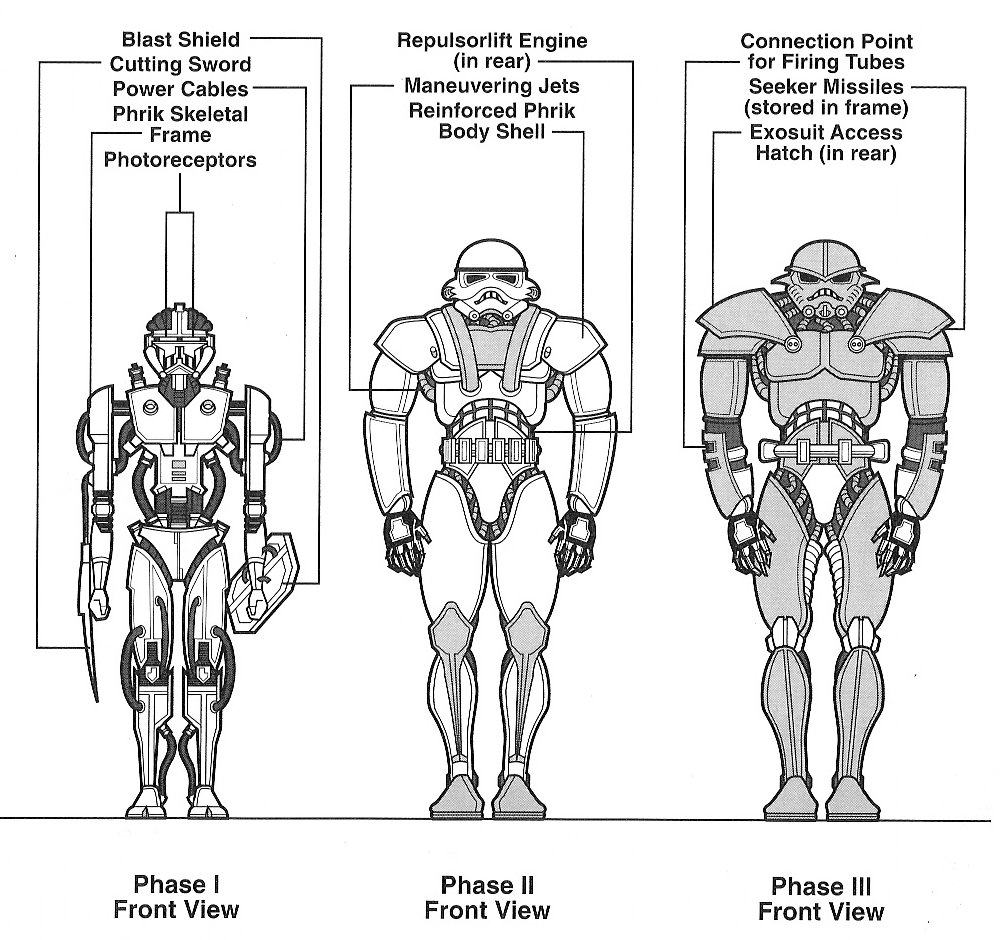 The orbalisk parasite could also be used to form armor capable of deflecting lightsabers (though this armor proved weak against electricity). However, the orbalisks had a tendency to grow over the entire body of their host and in doing so suffocate him. Consequently, the only known users of this armor are the Sith Lords Darth Bane and Freedon Nadd. Orbalisk armor proved particularly helpful to these Sith Lords as the orbalisks fed on the dark side of the Force -- Darth Bane's orbalisk armor made him stronger and allowed him to heal faster.

Darth Bane in his orbalisk armor (in the lower left corner with the red-bladed lightsaber and Force Lightning): 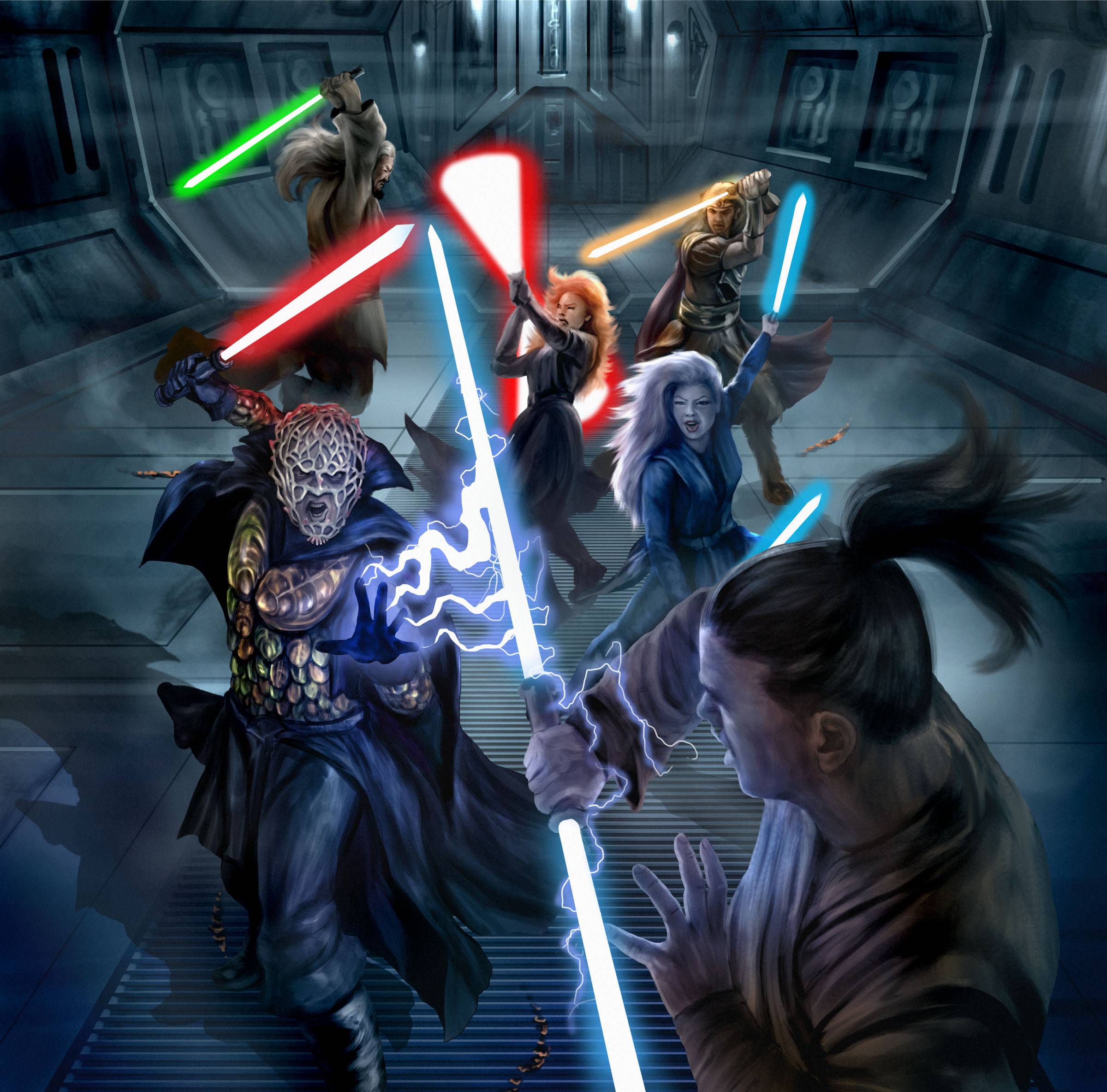 In Tales from the Empire one of the short stories involves a family owned armament company which has created an armor that can be shot with blasters and not affect the person wearing it.

Her grandparents, Strephan and Augusta I'att, as well as her protector, the Wookiee Wrrlevgebev were killed by Imperials following a demonstration of the newly-developed armor-protective field for Moff Eisen Kerioth

You can see this from the preview here describing the imperviousness of the armor to blaster fire. Multiple Stormtroopers shoot the protagonist of the story (Tinian) to no effect and then proceed to murder her family, starting the story.

The Imperials had wanted the armor to enhance weaknesses in current Stormtrooper armor.

In the animated series Star Wars Rebels (which is Canon according to Disney and Lucas), Season 2 double episode 1/2 The Siege of Lothal

When Darth Vader attacks the Ghost with Stormtroopers, he deflects shots made by Sabine, which hit her in her mandalorian helmet and knock her back

She seems perfectly fine after this.

(I can't at the moment look for a youtube video showing this scene. I would appreciate if anyone was willing to edit this answer and add a link to it.)