How tall were the Two Trees?

Is there an exact height given in Tolkien's work that reveals the height of the Trees or is just that they lit up Valinor and were treasured by the Elves?.

For this particular question, there sadly doesn't exist an answer in any canon work, as far as I have found. There are plenty of illustrations by several artists that show the trees in varying heights and although they are always shown as taller than the surrounding trees, no exact height is ever given. A couple of examples of what the tree heights might be: 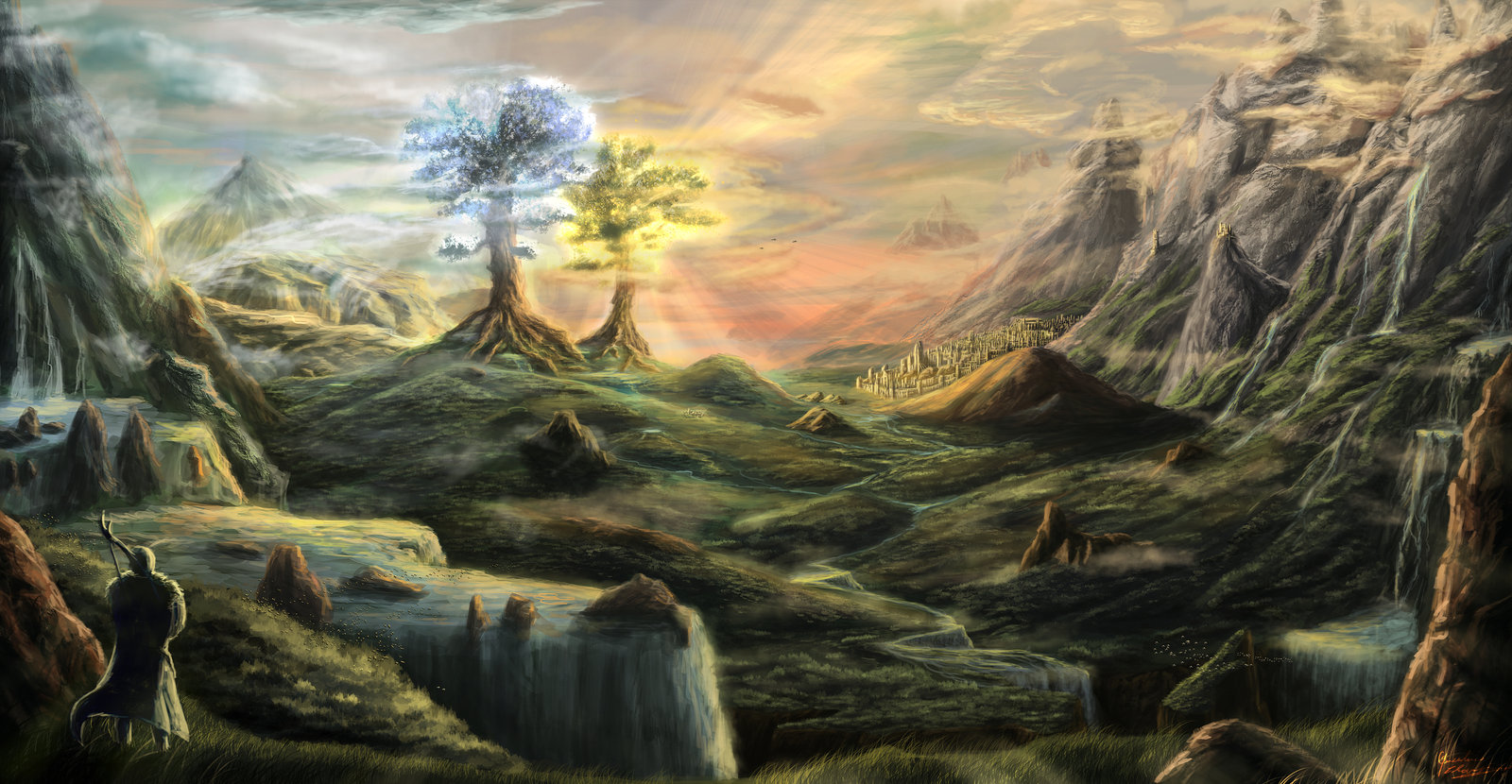 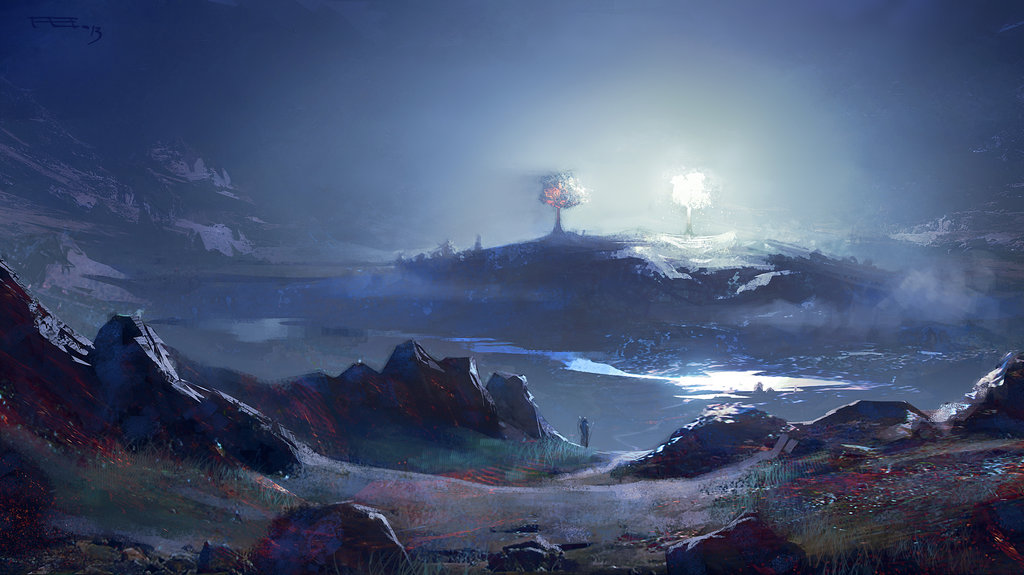 Although we don't know for sure as it has never been explained by Tolkien himself. You can attempt to apply math and physics to it: if you know the total square mile area of Valinor, you could attempt to calculate out how tall the trees would have to be to illuminate the entire land mass without blinding those standing too close to them. Although, in all likelihood, the light from the two trees was magical in nature and wouldn't have been affected by real-world physics or mathematics. Tolkien was a skilled myth-writer, not a hard-SF writer. Many specific details are left out of his works, so we are left to guess on some matters.

To summarize: no, Tolkien never revealed the exact height of the trees in his work. It was only ever mentioned that the trees lit up all of Valinor (with some other minor details not related to the stated question).

As the Book of Lost Tales puts it, they were trees "of mighty stature, and all the Valar and their folk might sit beneath their branches.

And from reading Tolkien's works, I believe that the Valar were very tall in their physical shape.

If anything, I'd imagine those trees being probably taller than the sequoias.

5
About The Lighting In Arda After The Destruction Of The Two Lamps
8
Why did the Valar hold different attitudes towards Elves and Men?
4
How tall were the Valar in their physical raiment?
1
What is the significance of the Two Lamps?
2
How well received were the Hobbits in Valinor?
7
What happened to the elves who were slain before the end of the Great Journey?
7
How did Ungoliant get into Valinor?
1
How were the Years of the Trees divided into ages?
19
How tall are Aragorn and Elendil?