In what year did the first Imperial-class Star Destroyers enter service?

When the Galactic Empire was created at the end of the Clone Wars, the Star Destroyer design in service at the time was the Venator-class: 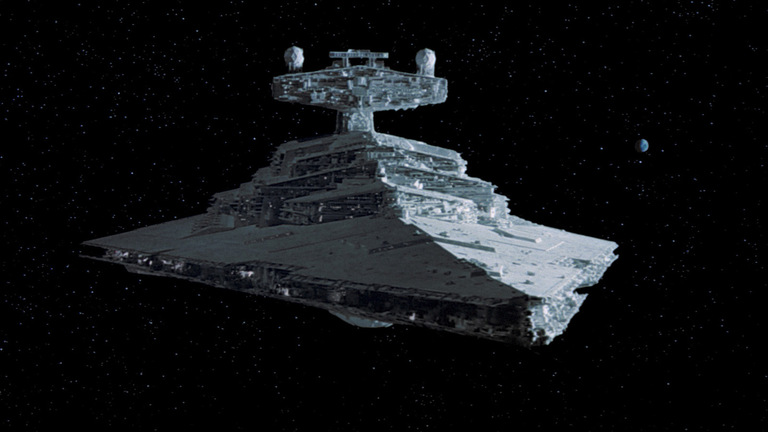 In what year did the first Imperial-class Star Destroyer enter active service?

The canon novel Tarkin (which takes place 5 years after the creation of the Galactic Empire) provides a hint in that it mentions the existence and use of Imperial-class Star Destroyers:

Sentinel's Imperial-class Star Destroyer, the Core Envoy, and most of the flotilla's other capital ships were escorting supply convoys to Geonosis.

Canon sources are preferred; however, if canon sources are silent on the matter, I am interested in Legends sources provided such sources do not contradict the canon timeline.

During the Clone Wars, there were at least four Star Destroyer classes in use:

"I hate the look of these new mass-produced Imperator-class Destroyers," Gayn continued. "None of the artistry that went into the old Acclamators and Venators—even the Victory Twos." He shook his head in disappointment. "So goes elegance."

For the Venator and Tector class ships, Wookieepedia lists 22 BBY, and as far as I know, it is not fully settled what the full 'Navy' complement and organisation was, prior to the Clone Wars and the receipt of the Clone Army, except that:

The Tector-class ships only came into being at the beginning of the Clone Wars, but whether or not any Venators existed prior to 22 BBY is not clearly stated as far as I can find.

The general issue is discussed somewhat here, and the discussion on this page suggests that the Kaminoans ordered the ships at the same time as they were producing the Clones, which would confirm an incept-date of at least 22 BBY for the Venator and Tector classes.

The Star Destroyer Exactor and its older sibling, Executrix, drifted side by side, bow-to-stern, forming a parallelogram of armor and armament.

25
How did the Republic pay for the clone army?
8
When were the Executor class Star Destroyers designed, and how many were built?
4
What is the naming convention for capital ship classes?
1
When did Imperial-era military technology replace their Republic counterparts?