Why did Cullen Bunn leave Aquaman?

He says he left due to negative fan reaction. Can anyone let me know why the fans didn't like it? I haven't seen any negative fan comments. Is there a way to find reviews or something?

There is no way to find reviews as it was down to fan reaction on twitter.

There are a number of reasons I left Aquaman. I actually quit the book before my first issue even came out. The reaction from fans was brutal and disheartening even before they read my first issue. My editor (who is great) asked me to stick with it, so I did. The fan reaction didn’t improve. This was such a different take on the character, a lot of diehard Aquaman fans couldn’t accept it. I was accused of not taking about the book, but every time I did, I got hate tweets and hate mail. I don’t need that, and it kind of made me loathe the character. In the end, I think this wasn’t the right story to tell with Aquaman, so I felt it was time for me to move on. Someone else can come on and be a hero.
Source, emphasis mine

Strangely there doesn't seem to be much showing on twitter, but I would assume that the tweets in question have been removed. Short of Bunn saying "these particular tweets really offended me" I'm not sure what detail is out there.

If you want bad reviews of his run they are out there, wether they had an impact on him quitting, going by the above quote. No.

Question:Aquaman’s one of these heroes who’s been changed back and forth and back again for decades. The most recent runs by Geoff Johns and Jeff Parker have been very successful, both artistically and commercially — in large measure, I’d argue, because they embraced the most classic version of the character and ran (swam?) with it. What’s your approach to keep the momentum going?

Bunn: Well… as I think everyone knows by now… our version of Aquaman is a little different than what you’ve seen in the series thus far. His look is different. The tone of his adventures is a little different. That said, I feel like this series is giving the opportunity to explore the story of this “new” Aquaman as well as the tales of the “classic” Aquaman. We’re starting the new story in the thick of things and revealing exactly what has happened through flashbacks to stories of the more familiar Arthur.
Source, emphasis mine

Newsarama: Cullen, Aquaman has some new duds and some new "newfound gifts." For new readers, how would you describe his powers right now? What cool things is he able to do as we pick up his story in #41?

Cullen Bunn: Aquaman displays a few new powers as of #41, such as the power to call down lightning and create and control ice. Arthur also seems to be able to teleport from one body of water to another. These abilities are tied to some “ancient power” we’ll reveal later on.
Source, emphasis mine 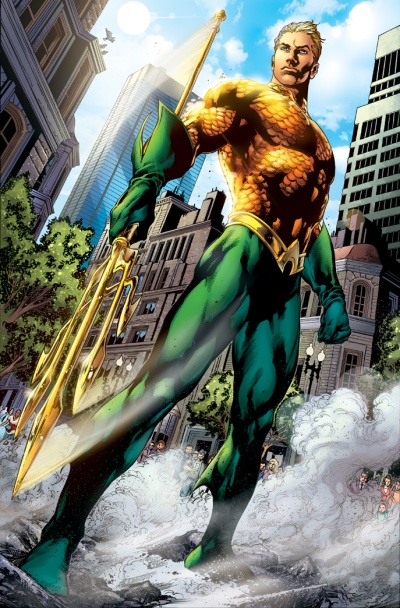 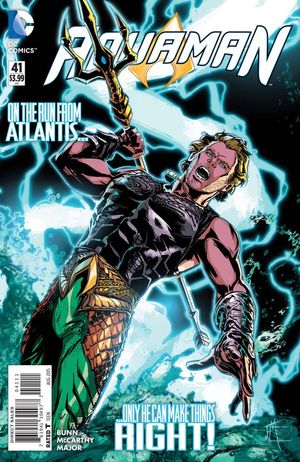 Split from Mera and their relationship in general 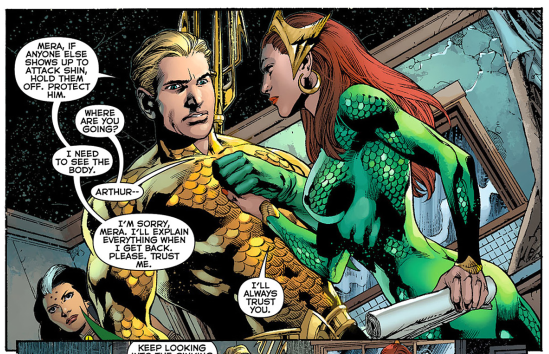 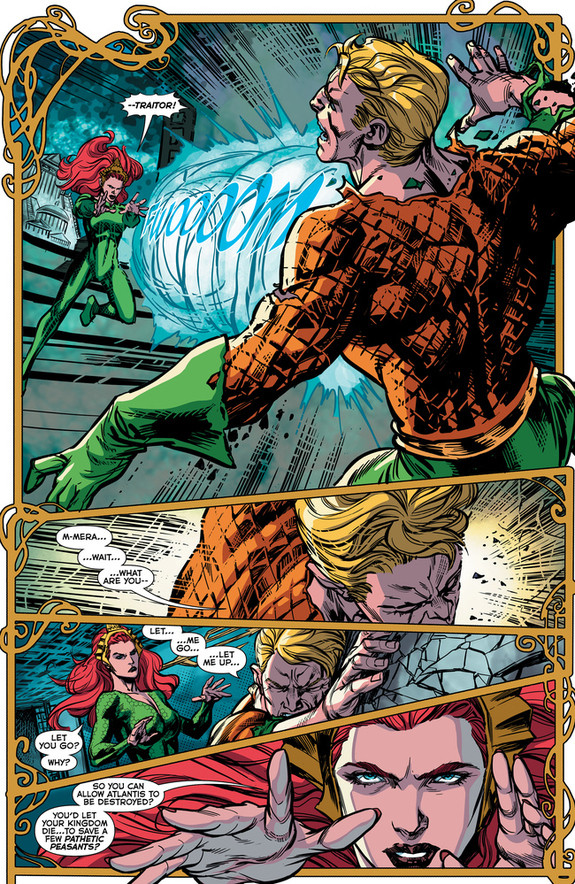 Not the answer you're looking for? Browse other questions tagged dc aquaman or ask your own question.

28
Could Aquaman control Cthulhu?
1
Does Aquaman have Scales?
54
Why isn't The Flash unstoppable?
25
When did Aquaman lose his left hand?
10
Superman/Supergirl in ancient Rome/Germany?
21
Why doesn't Batman seek out a Yellow Lantern ring?
26
Does Lucius Fox reveal Batman's identity in The Dark Knight?
7
Why these associations between DC characters and the Seven Deadly Sins?
17
Why does Green Arrow hate Batman?
3
How did Lex Luthor become Secretary General of the UN in Young Justice?