Is Ezra Bridger based on Aladdin?

His physical appearance is strikingly similar to that of Aladdin: they both have similar hairdos, hair color, nose shape, complexion etc.

Beside their appearance, they even share similar character traits and bios: Both are poor orphans who have resorted to marketplace thievery and such to survive. Both then discover they have access to magical powers. Aladdin has

In the pilot episode/movie for Rebels they even call Ezra a "street rat", which is something Aladdin is famously know as.

Their personalities are also similar. They both can often be seen wear a smirk on their face (as seen in the image above).

Is there any evidence showing that the creators of Star Wars: Rebels based Ezra Bridger on Aladdin? If so, why?

No, the creators claim that Aladdin wasn't an intentional influence. 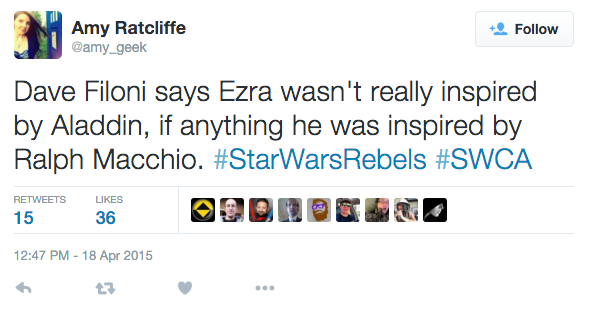 Rebels creator Dave Filoni spoke on a panel at the April 2015 Star Wars Celebration Anaheim and said the comparison is flattering but unintentional.

Ralph Macchio is an actor best known for starring in the Karate Kid film series. 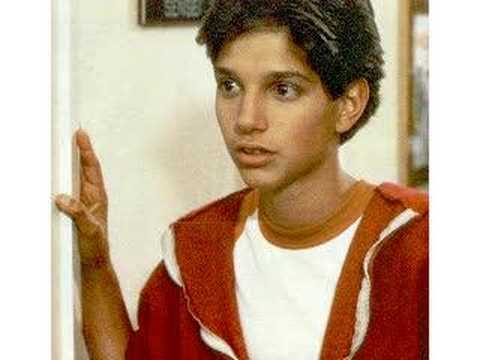 The Aladdin comparison is definitely widely made, though, and Ezra was at least in part designed to evoke a Middle Eastern origin.

“One of the things we did say consciously was that there was a biblical sense to the naming and to sort of seriousness of purpose of the original movies." - Creator Simon Kinberg in an interview on starwars.com

Not the answer you're looking for? Browse other questions tagged star-wars disney star-wars-rebels aladdin character-similarity or ask your own question.

19
How did the concept of Aladdin as thief originate?
19
Aladdin: Why Did Wishes Get Revoked?
39
Why the Dearth of Wishes at the end of Aladdin?
2
Did Ezra Bridger's eyes change color?
5
Is Link based on Peter Pan?
9
Ezra Bridger's Jacket Logo
8
How was Ezra aware of this fact?
1
Why did Ezra stay behind?
5
Why did the magician need Aladdin to retrieve the Lamp?
6
How did Aladdin trick Genie inside the cave with his first wish?