What's with the Nigel character?

In the book Harry Potter and the Chamber of Secrets we are first introduced to Colin Creevey, an excitable, faintly annoying fan of Harry Potter:

'All right, Harry? I'm - I'm Colin Creevey,' he said breathlessly, taking a tentative step forward. 'I'm in Gryffindor, too. D'you think - would it be all right if - can I have a picture?' he said, raising the camera hopefully.

And on and on he goes, I think we all know who I'm talking about here. Throughout the series Colin is a minor presence who gets on Harry's nerves somewhat:

It was Colin Creevey, a second-year who was deeply in awe of Harry and never missed an opportunity to speak to him.

'Aren't you going to Hogsmeade, Harry? Why not? Hey -' Colin looked eagerly around at his friends, 'you can come and sit with us, if you like, Harry!'

'Er - no, thanks, Colin,' said Harry, who wasn't in the mood to have a lot of people staring avidly at the scar on his forehead.

Harry Potter and the Prisoner of Azkaban - p.115 - Bloomsbury - Chapter 8, Flight of the Fat Lady

He is also a member of Dumbledore's Army:

... the Creevey brothers were enthusiastic but erratic and mainly responsible for all the books leaping off the shelves around them ...

Harry Potter and the Order of the Phoenix - p.349 - Bloomsbury - Chapter 18, Dumbledore's Army

In the film version of Harry Potter and the Chamber of Secrets the character of Colin Creevey does appear:

Harry Potter and the Chamber of Secrets, film.

And he goes on to get petrified by the Basilisk and all that jazz. He is, then, never heard of again. Instead, we get a remarkably similar Nigel character:

Nigel: Parcel for you, Mr Weasley.

Nigel hands Ron the parcel and then hangs around awkwardly. Hermione looks at him enquiringly and gives a small cough.

Ron: I told him I'd get him Harry's autograph.

Harry Potter and the Goblet of Fire, film.

This character goes on to become a member of Dumbledore's Army and everything:

Harry: So, um - come on then, Nigel. Give it your best shot.

Harry Potter and the Order of the Phoenix, film.

The film version of Colin Creevey and this Nigel even look and sound fairly similar.

Nigel is, however, certainly not in the books. So ... what's going on here. Why the change?

There's no canon information of why, but it appears to be a fairly obvious attempt to create a character who was a combination of both Creevey brothers.

In a later interview, a now-grown Hugh Mitchell (who played Colin in CoS film), didn't shed any light:

Hugh says he was all right with Colin's fate in Deathly Hallows, and said his character was a fighter at the end, so it was fine for him to die; he is also indifferent towards the Nigel character in the movies.

Given that he's being interviewed, it seems that it wasn't due to some major spat with the studio which caused the actor to be replaced.

One plausible reason could be (if you look at his film credits on IMDB or Potter Wikia) is that he simply had more lucrative roles and therefore his participation in minor bit parts in sequel films wasn't worth it for him. But no evidence for sure.

One thing that confirms that Nigel was a stand-in for Colin+Dennis Creevey is the following tidbits:

I'm not aware of any canon info on this, but speculation is that it's because Hugh Mitchell, the actor who played Colin Creevey, had become massive by the time the later films were made. Colin was always supposed to seem very small and young to the main characters. Even when he's in his sixth year, in the final book, he's described as tiny:

Neville nearly walked into him. He was one half of a pair that was carrying a body in from the grounds. Harry glanced down, and felt another dull blow to his stomach: Colin Creevey, though underage, must have sneaked back just as Malfoy, Crabbe, and Goyle had done. He was tiny in death.
-- HP and the Deathly Hallows

But this guy doesn't look tiny or childish by any stretch of the imagination: 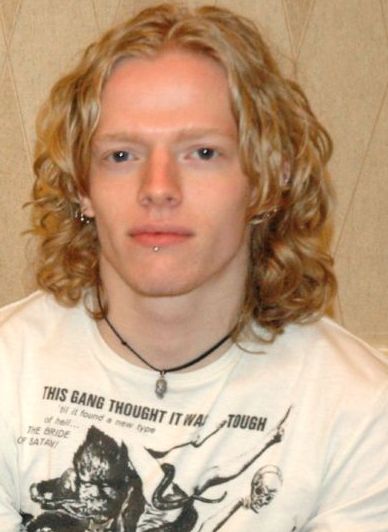 Not the answer you're looking for? Browse other questions tagged harry-potter adaptation-comparison or ask your own question.

11
Why Did Colin Creevey's Muggle Camera Work at Hogwarts?
44
Can house-elves do laundry without being freed?
53
Could Hermione really free the Hogwarts house-elves with her knitted hats?
15
What would happen if someone wearing glasses were to look at a Basilisk?
16
Has J.K. Rowling ever explained the rules of the 'special effects' (bangs, flashes/jets of light, puffs of smoke) of magic?
7
What did Dumbledore suspect of Harry during their conversation in Harry Potter and the Chamber of Secrets?
25
Whatever happened to Millicent Bulstrode?
85
How can Ron know that Voldemort was in Slytherin if nobody knows his real identity?
15
How could Dumbledore have opposed the Reasonable Restriction of Underage Sorcery?
22
Who knew Filch was a Squib?