Looking for a book. It has a sequel (at least one more book).

The story opens with a NASA Mars explorer, and suddenly a fellow steps out from behind a rock.

Generally, the story is about two guys who have developed a way to travel to other worlds via some machine/device they invented.

In the course of the book, the guys discovery many alien places, and can find themselves moving thru different worlds - ex. from temperate to sub-freezing environments, at a whim. There is never a way backward, only forward.

The end of the book has one of these fellows approaching the edge of a planet, he is on a raft in a vast ocean, and the ocean is dropping over the edge.

Are you thinking of Pandora's Star by Peter F Hamilton, and its sequel Judas Unchained? 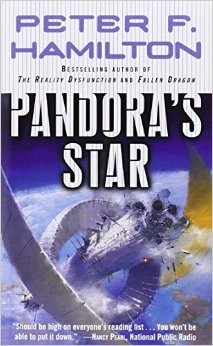 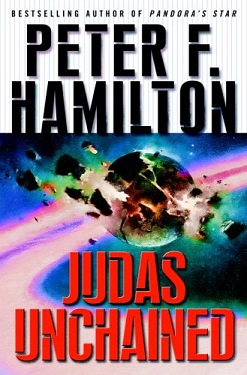 It is a much larger story than you've indicated. But it has the basic plot elements you cited:

Some readers dislike the Void series because they contain what appears to be a fantasy aspect. However as Arthur C Clarke stated "Any sufficiently advanced technology is indistinguishable from magic". And indeed the aspect turns out not to be fantasy.