Has Cyclops of the X-Men ever developed the power to control his eyes?

Pretty straightforward question. We see Cyclops with his trademark visor/glasses on 24/7 to control his power.

So is there ever a point in any universe where Cyclops develops control of his power and is able to use it without the visor/glasses?

Note: this question says that he was never able to control his powers before becoming one of the X-men. I'm looking for an all-time answer in any Marvel universe.

He has had control over his ability, albeit temporarily in Astonishing X-Men.

In Astonishing X-Men #14, during an impromptu telepathic "therapy session", Emma Frost presented Cyclops with the possibility that his lack of control over his optic blasts actually stems not from physical brain damage, but from a sort of mental block

She reasons that it was a coping mechanism to deal with the loss of his parents.

Scott admits that this theory is the truth .. the issue ends with Scott apparently in a catatonic state, with his eyes uncovered and displaying their natural shade of brown, with no evidence of his powers manifesting. Later he manifests, and has full control over his optical blasts, although it was only temporary.

I don't know of any other instance where he has regained this ability, and I don't own the issue in question, otherwise I could provide more details.

Actually the way it was explained back in Uncanny X-Men (1st Series) 138 and 144 published in the early 80's - Scott Summers, AKA Cyclops, does not have full control over his powers because of a head injury he suffered as a child, when his mother pushed he and Alex (Scott's younger brother and later the X-Man Havok) out of an airplane in order to save their lives: 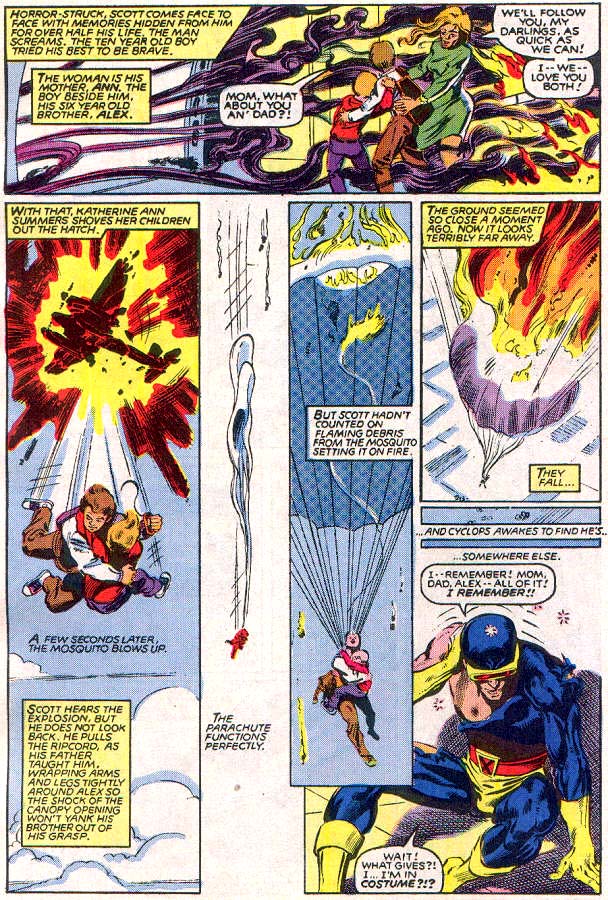 However a retcon, by Joss Whedon in the pages of Astonishing X-Men, suggests that Cyke is in fact the one who does not allow himself full control over his mutant powers: 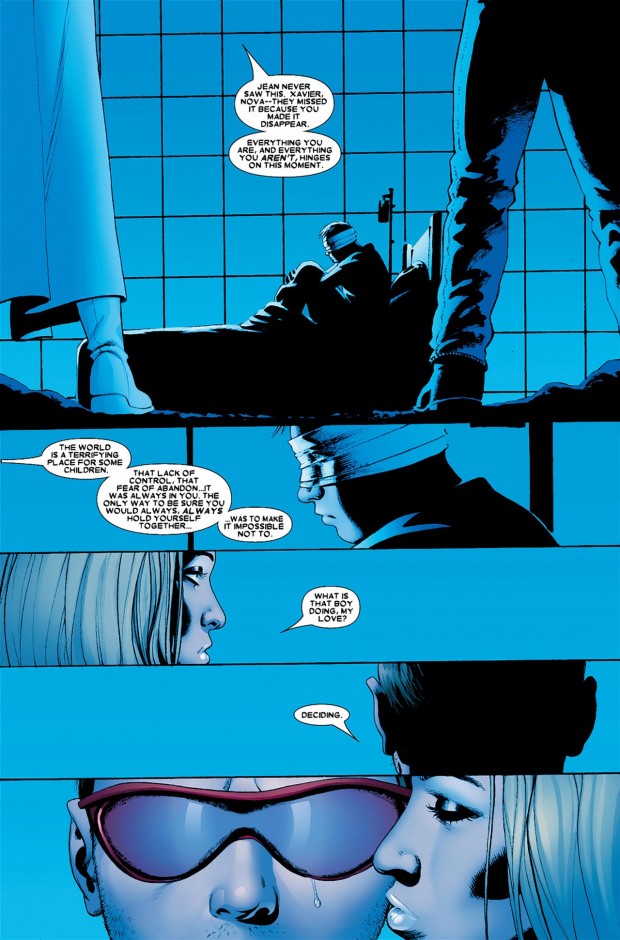 But as Emma Frost was under the subliminal control of Cassandra Nova when she was messing about in Scott’s brain, so it isn't 100% clear that this is actually true. The control he gained from that incident was temporary and in the end he required his ruby quartz lens to again gain some control over his optic blast: 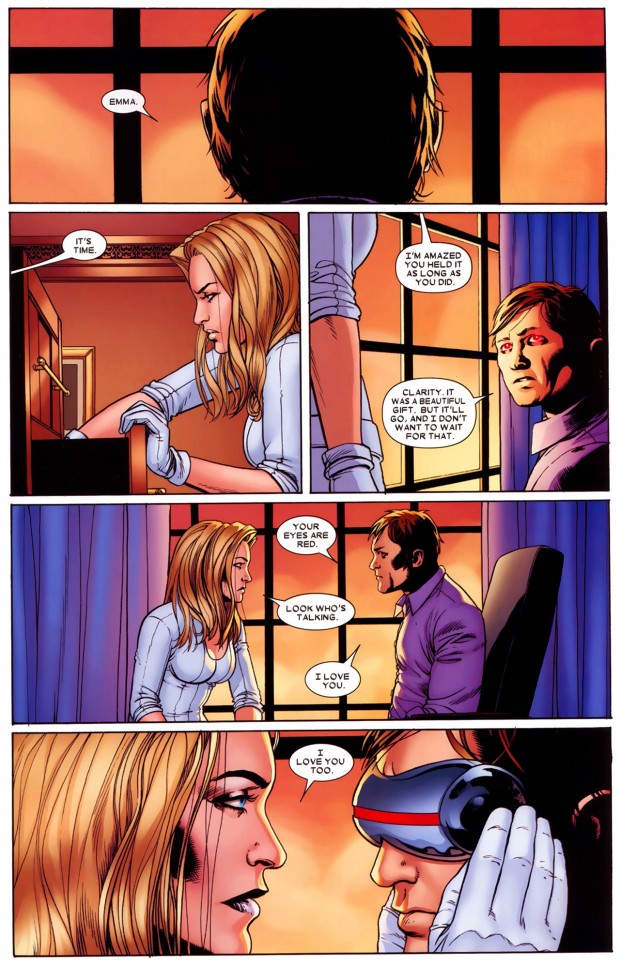 As is the nature with the X-Men convolution abounds, because if those two options weren't enough for you way back in X-Factor (1st Series) 39, circa 1988, this was revealed: 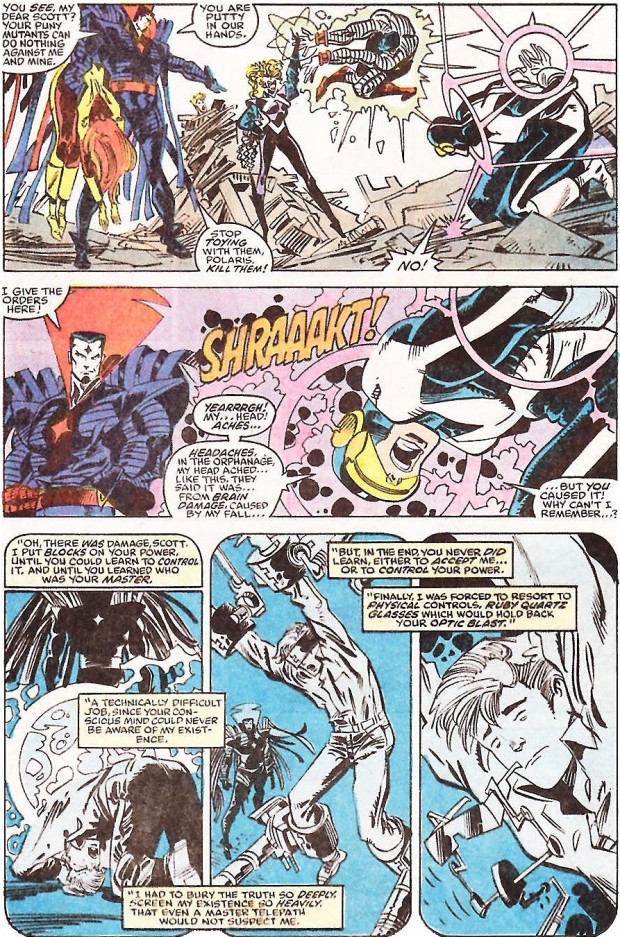 So the reality is that it could be that Mr Sinister, Scott himself or even that ole head injury that does it... But, if you don't mind a little speculation, one would think if it was either of the first two Professor X, or even Phoenix, would have be able to help due to their vast mental powers?!

In the animated series X-Men Evolution, in episode The Cauldron:

Magneto, cajoled the two young mutants into testing his mutant enhancement machine, which was powered by the mystic Cytorrak gem. Cyclops emerged with the newly named Havok, both able to fully control their powers. However, the two boys' minds were altered by the gem and they were now the most powerful members of Magneto's Brotherhood of Mutants. 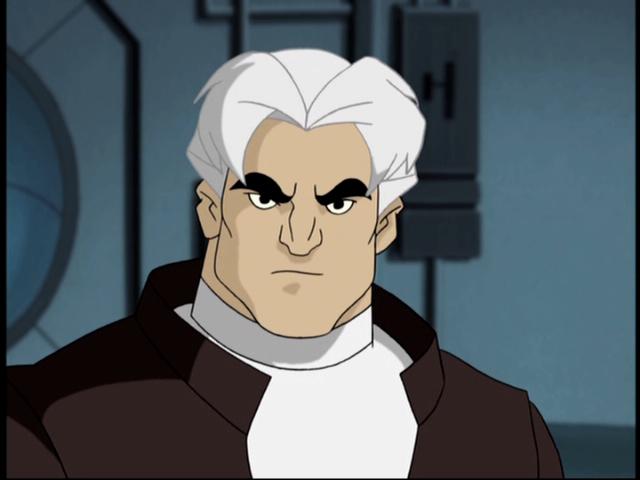 Yes. In the film X-MEN: The Last Stand we see that

Jean/Dark Phoenix is able to use her powers to seemingly restore Scott's normal eye functions.

Jean asks Scott to remove his glasses, saying something to the effect of

I can control it now.

Whatever happened seemed to be permanent, however it's possible that it was only temporary.

he did have normal eye functions the rest of his life!

However there is simply not enough information for us to understand exactly what happened.

There was a time when Scott and the original X-men were altered by an alien entity which negated and modified their mutant powers. Scott had total control over his optic blasts, he could even look at people without his visor It was in X-Men First Class Vol 2 #6-7 2008

In the Ultimate Universe (universe 1610) Cyclops gained the ability to control his powers completely when he was under the effects of Banshee, aka 'Mutant Growth Hormone'.

This drug gives mutants who take it a secondary mutation, and/or enhances the one(s) they already have.

Unfortunately, Banshee is highly addictive and tended to have mind-altering effects. Cyclops could not safely stay on it for an extended period, and eventually had to cease taking it. Shortly after he stopped taking it regularly, his powers returned to normal.

20
How did Cyclops originally control his optic blasts?

21
Did Chris Claremont have to change his long-term plans for the X-Men in the early '90s?
10
Is there a set limit on mutant abilities, where they're deemed too unrealistic?
42
How much of Thor's power could Rogue steal?
7
X-Men Origins: Why is Deadpool able to shoot lasers?
3
How come Mimic needs glasses like Cyclops?
12
Does Rogue ever take advantage of the removable power suppression we see?