Was Huttese based on Klingon?

I came across the below image 'Huttese' script from Star Wars: 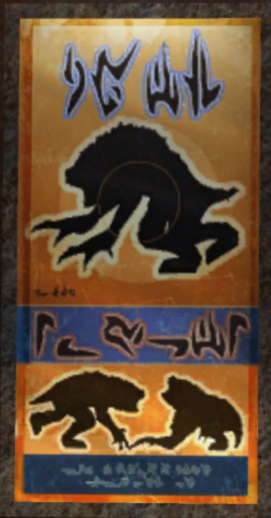 It struck me immediately as bearing a strong resemblance to Klingon script:

So, my question is, is there any evidence to suggest that Huttese script was based on Klingon script?

The script in your question uses Nal-Huttese characters: 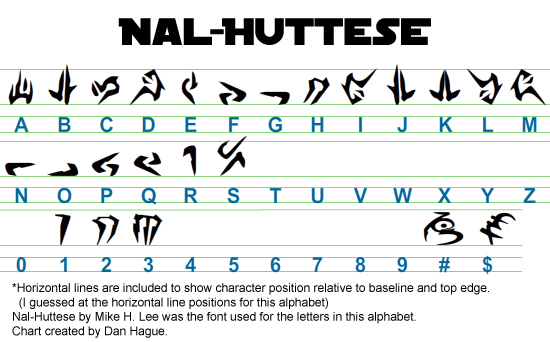 These are a calligraphic form of Huttese, in contrast to Trade Huttese:

Both were created around 1997 for use in The Phantom Menace.

While Trade Huttese has nothing in common with Klingon characters, Nal-Huttese has a slight resemblance — but it is perhaps only very slight and the low-resolution, slightly pixelated image in the original question creates an illusion that they are more similar than they actually are.

Contrast this to the Klingon alphabet:

I would argue that there is no alarming similarity between the two, and both are generally "alien" in the broad scope of science fiction.

Finally, the Klingon alphabet was invented in 1979 for use in Star Trek: The Motion Picture, and then further refined for repeated use in The Search for Spock and The Voyage Home, and so it predates the cinematic invention of Huttese characters by almost two decades. However, as ThePopMachine said, there is no absolutely evidence to suggest that art designers for The Phantom Menace were influenced by Klingon.

All in all, they seem to have been aiming for "alien" more so than "Klingon", and wound up with a somewhat similar finished product.

This doesn't mean that there wasn't a conscious or subconscious attempt to imitate Klingon characters — just not one that we know of or have evidence for.

I've been looking and haven't found any connection, so I'm going to go out on a limb and say there's no evidence.

Written Huttese was created for 1999's The Phantom Menace, so the potential is that it was influenced by modern written Klingon.

Whereas regarding written Klingon:

The Astra Image Corporation designed the symbols (currently used to "write" Klingon) for Star Trek: The Motion Picture, although these symbols are often incorrectly attributed to Michael Okuda.[1] They based the letters on the Klingon battlecruiser hull markings (three letters) first created by Matt Jeffries, and on Tibetan writing because the script had sharp letter forms—used as a testament to the Klingons' love for bladed weapons.

This dates written Klingon to 1979 or earlier.

However, there's still no connection, and if there were, it might not be discussed explicitly due to potential intellectual property implications.

I can see the resemblence you mean but but its not based on each other.

Both scripts do however have resamblances to japanese characters, so parts of both scripts possibly stem from the same set of characters, mamking them look similiar.

Not the answer you're looking for? Browse other questions tagged star-wars star-trek languages klingon-language or ask your own question.

53
Kahless and Klingon Appearance
10
Is there a Huttese Sound Archive online?
32
Why did the Klingon language flourish?
14
Was Klingon used in any of the Star Wars movies?
3
Was Captain Gantu based on Worf?
51
Are any ships in Star Wars capable of intergalactic travel?
9
Is Ezra Bridger based on Aladdin?
5
Was the Federation logo based on the UN logo?
3
Is Ryder Azadi based on Ryder Windham?
15
How developed is Huttese?