Do they really watch Firefly on the International Space Station

I saw this photo online: 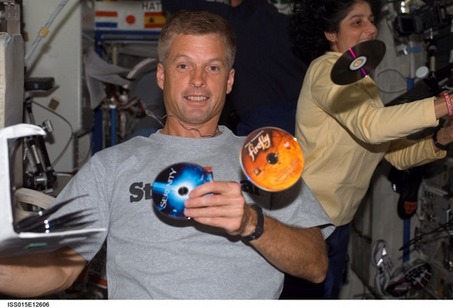 I was wondering if this photo is legit, or some Photoshop by Firefly fans. If it is legitimate, why do they have a copy of Firefly and Serenity on board the International Space Station?

They can. Firefly and Serenity DVDs are on the ISS

I don't know if they have actually been watched by people living on the ISS, but those photos are legit. The pictured astronaut, Steve Swanson, brought the DVDs with him to the ISS in June 2007 and they were added to the ISS library when he left.

As for the story behind the pictures, there were some browncoats (Firefly fans) working at NASA who got Steve to bring the DVDs with him. The whole story is recounted at breaking atmo.

The whole mission to deliver the DVDs to the ISS started in July 2006:

Some of us Browncoats are working the current Shuttle and Station Mission and we got the Captain's quote about love uplinked to the ISS crew in tomorrow morning's daily summary. Below is the review copy of the daily summary. I dont know if I can get PAO to release the document, but if anyone wants to request it from I think the JSC PAO office the document is

Quote: It's great to have three crewmembers aboard ISS again! Welcome to your new home, Thomas!

"You know what the first rule of flyin' is? Love. You can know all the math in the 'Verse, but you take a boat in the air that you don't love, she'll shake you off just as sure as the turn of the worlds. Love keeps her in the air when she oughtta fall down... tells ya she's hurtin' before she keels... makes her a home."

The rest of the saga is recounted at here's how it is.

Also, the DVDs are not the only Firefly gear on the ISS. Steve Swanson was back on the ISS in 2014 and sent out the first instagram from space: 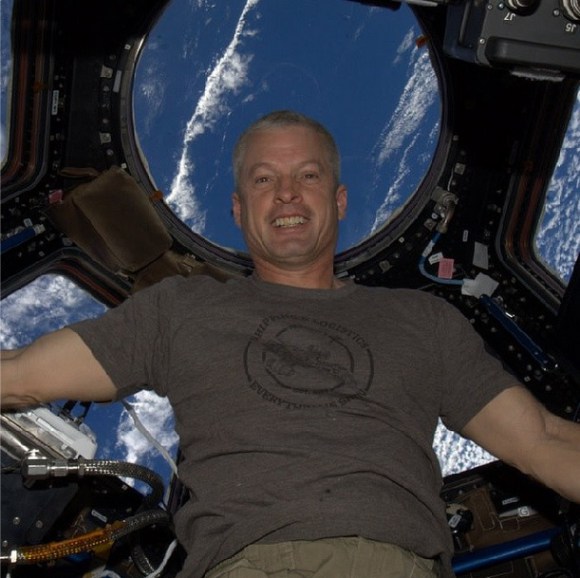 The shot of the t-shirt isn't too clear, but it's definitely featuring Serenity (the space ship of Firefly). Universe Today carried the story,

And now, time for some thrilling heroics. NASA astronaut Steve Swanson sent out the first Instagram from space last week wearing none other than a Firefly T-shirt. There’s something to be said about a space-faring guy evoking images of Captain Mal doing the impossible in the plucky Serenity spaceship, isn’t there?

Not the answer you're looking for? Browse other questions tagged space firefly serenity or ask your own question.

50
What was the original intended order of the episodes of Firefly?
32
How are the series Firefly and the movie Serenity linked?
34
How Close was "Serenity" to The Planned "Firefly" Storyline?
33
How do the ships in Firefly travel immense distances?
16
Is everyone in Firefly fluent in Chinese or do they only know Chinese slang?
40
Why didn't the Reavers murder and mutilate everyone on Miranda?
18
Why does Serenity have a cannon in "Serenity"?
19
Chinese in Serenity?