How do I know if a shuttle is Sentinel or Lambda class visually?

Sentinel and Lambda shuttles seem to be very closely related and similar in appearance:

With its folding wing configuration and matching cockpit module, the Sentinel-class landing craft was based on the Lambda-class shuttle, both shuttles having seen design origins in the Theta-class shuttle (Wikia)

Is there a reliable way to tell whether a shuttle is Lambda or Sentinel class visually? (e.g. in a film/cartoon scene)? Such as different shapes, detailing, colors, etc...?

I will accept size at last resort since in some visual scenes you can see the shuttle next to another known-size craft or object; but I strongly prefer other methods that would work even if the shuttle is the only object in visible frame of reference.

In addition to Jason Baker's answer, the side-view schematics of both shuttles make it very evident that they are only superficially similar. In fact, they are extremely different from the side!

(All images taken from Wookieepedia, but the original source is The Essential Guide to Vehicles and Vessels) 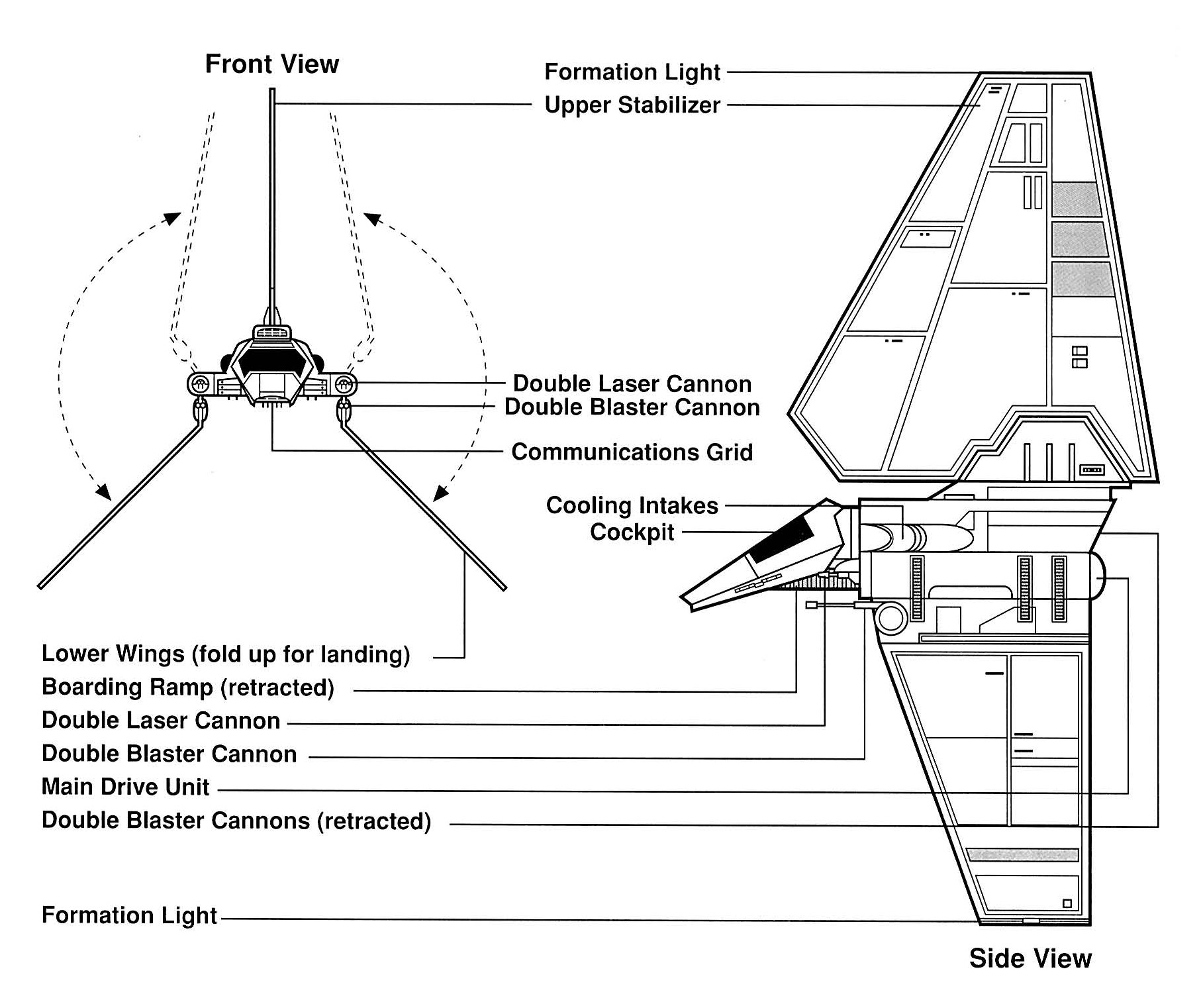 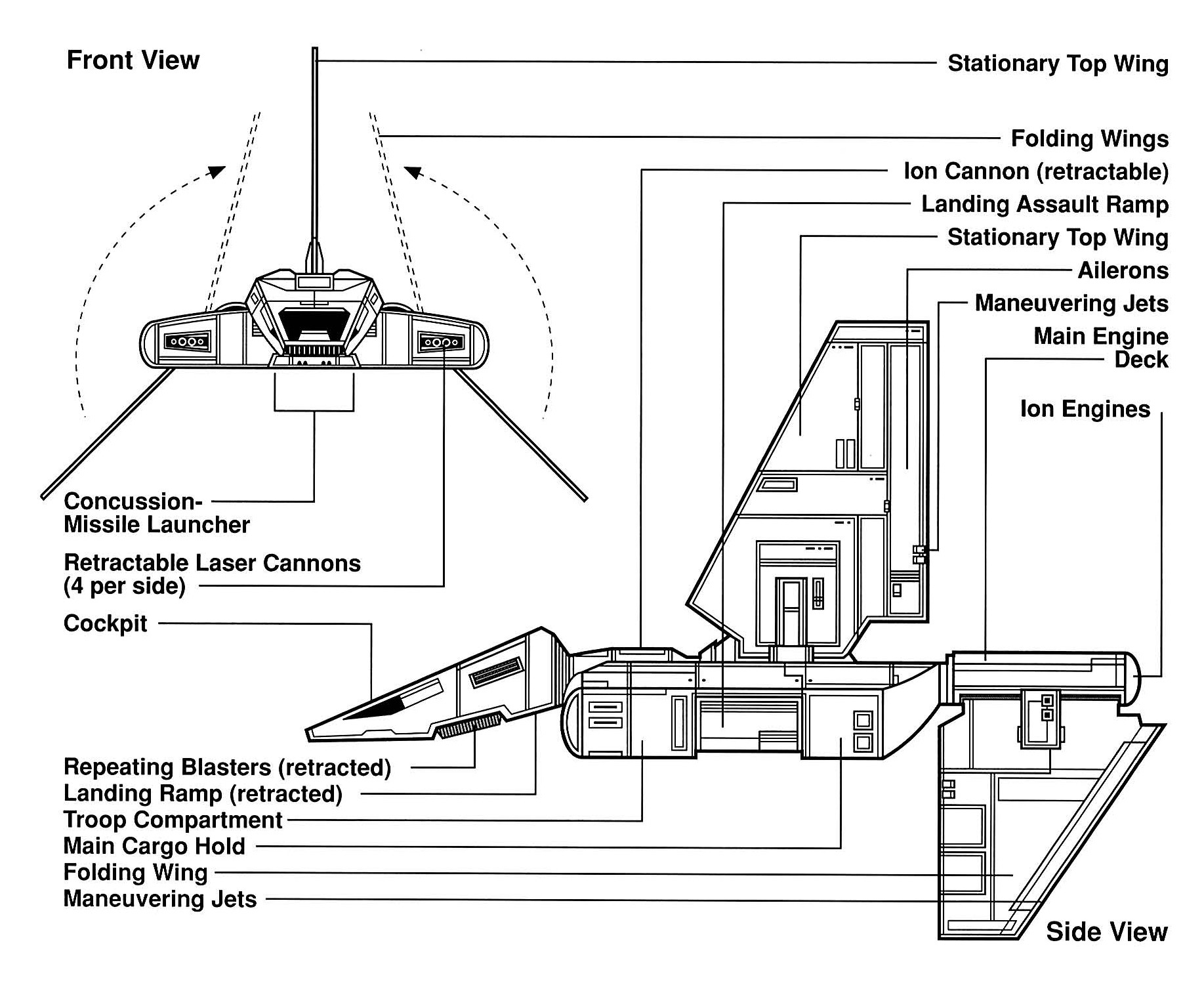 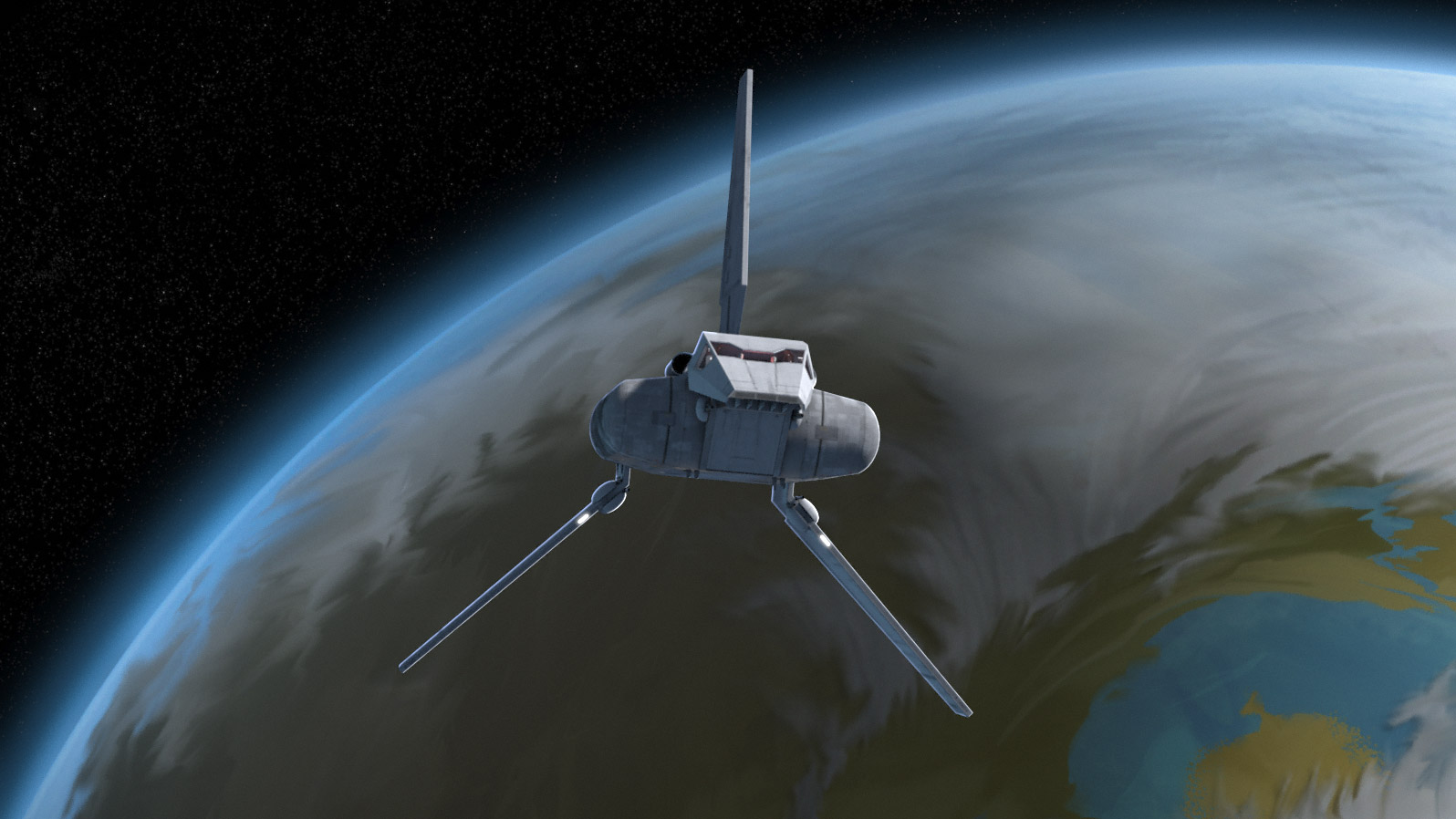 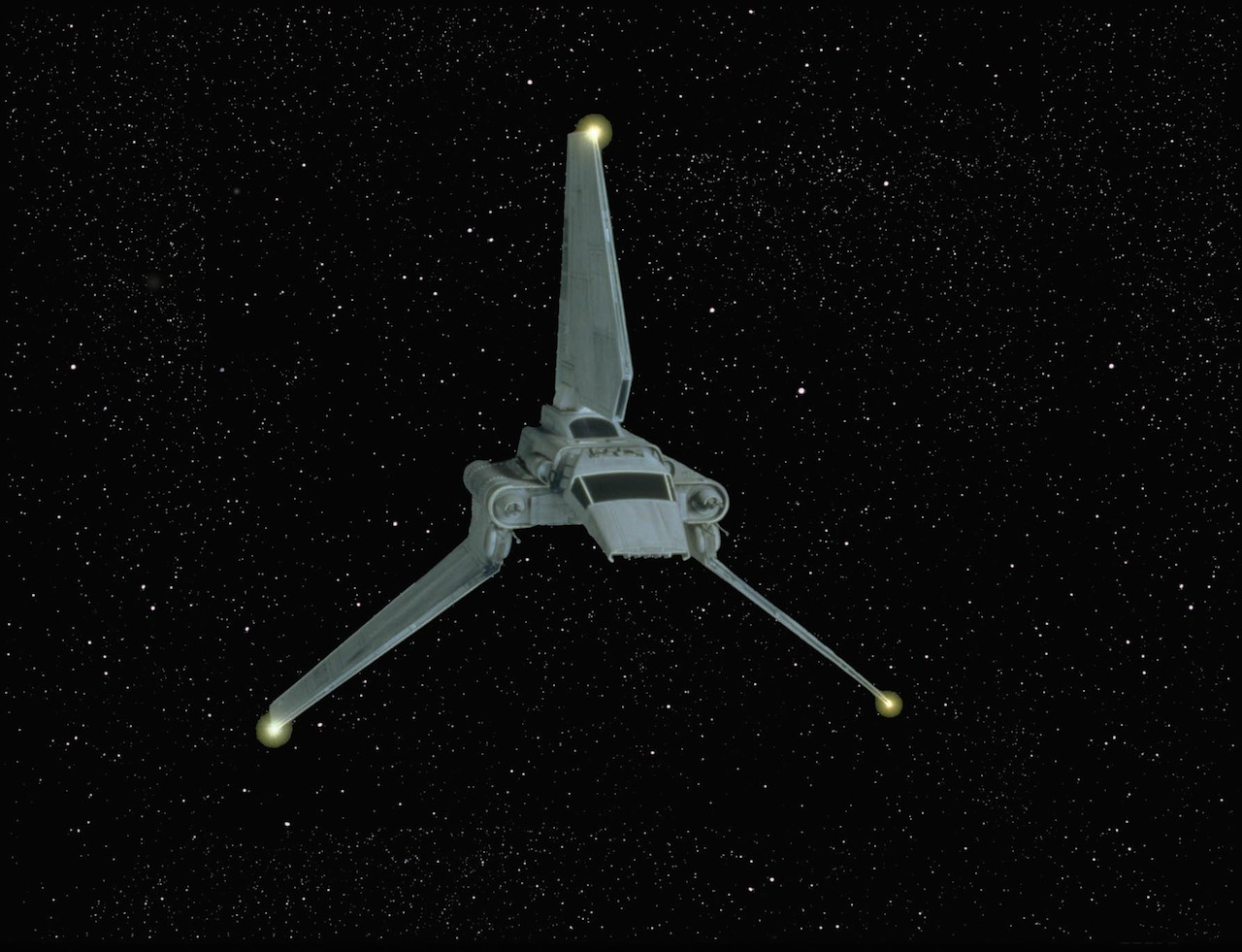 Both images from the StarWars.com databank

It's pretty easy to pick up on some differences looking at them side-by-side:

The Sentinel shuttle's extension pod has a flat bottom to facilitate airlift of AT-ST walker pods by attaching them to the bottom of the shuttle and airdropping them on the battlefield to release the walker for action.

19
What is the ship in this scene?

14
How fast can the Galaxy class Starships go in reverse?
5
Walking in space shuttle in 2001: A Space Odyssey
13
Constitution Class in TNG era?
9
Why do Oberth Class starships have no saucer strut?
4
Why didn't the Sovereign Class have folding warp nacelles?
0
Do the engines/rockets of Kylo Ren's Shuttle change color?
8
When were the Executor class Star Destroyers designed, and how many were built?
3
What is the origin of the visually complex space ship motif in cover art?
-1
Does ship shape affect Hyperdrive class?