How can Transformers travel in space and survive the cold, given they're susceptible to it in the movies?

I was wondering if there's any explanation how Transformers flew to Earth/Moon in space. Watching once again first part of Transformers movies I noticed that Bumblebee/Megatron were kept frozen. At the same time Autobots got to Earth somehow and I didn't see any space ship or something.

Could someone bring a light on that please?

transformers
share|improve this question
edited May 29 '17 at 16:41

The writers were asked this very question on the old movie message board (now defunct):

1.) They crossed interstellar space in a larger ship and then entered our orbit in pod-like protoform. We'll let others decide if they're trapped.

We see the Autobot ship The Ark in Dark of the Moon, which Optimus explains was the ship that Sentinel Prime had been aboard when he crashed. 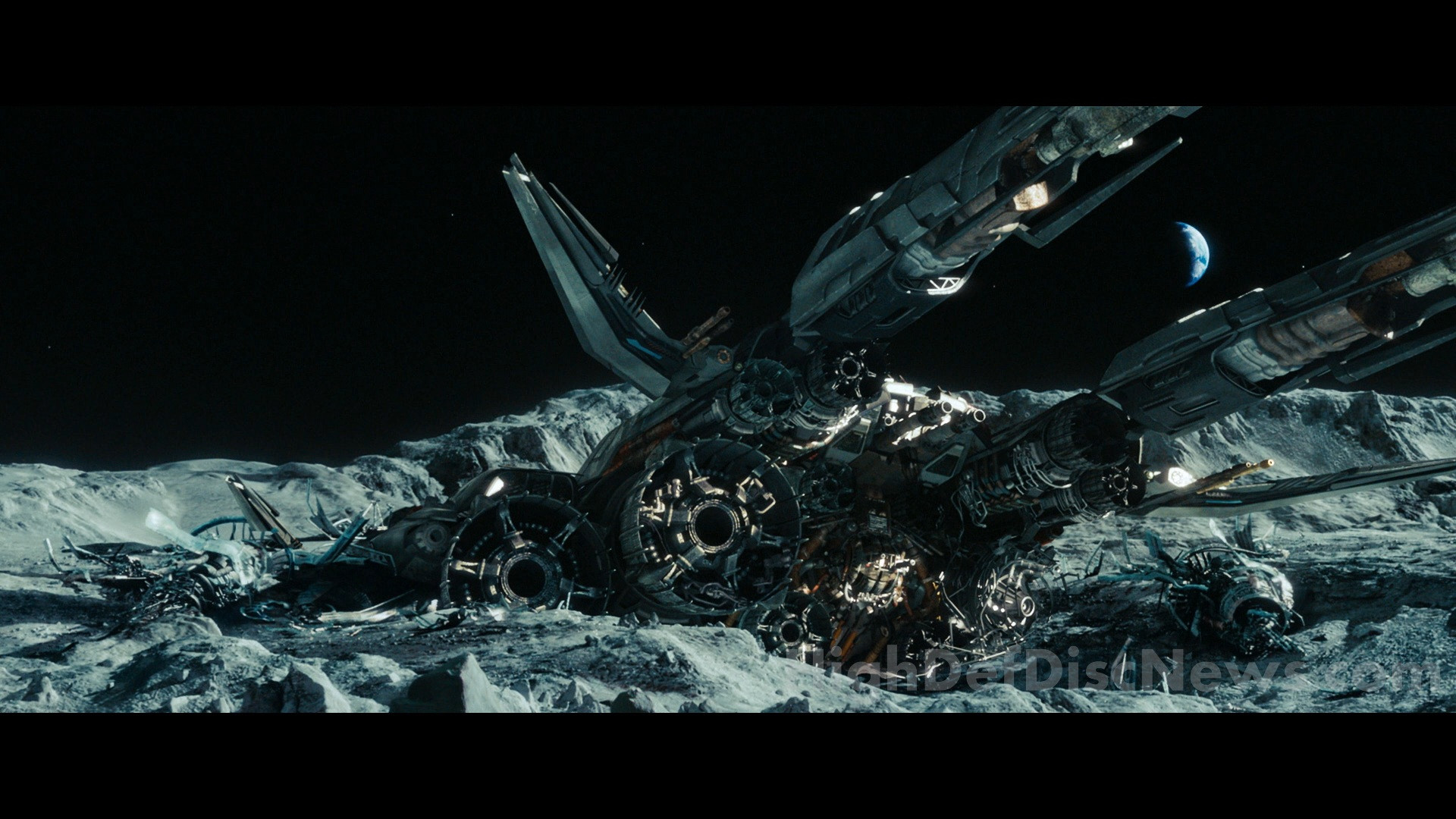 We see a similar ship used by Lockdown in Age Of Extinction, while the previously canon prequel book Ghosts of Yesterday mentions The Ark (the Autobot ship) and The Nemesis (The Decepticon ship), however the story was later contradicted by the Dark of the Moon details.

Being frozen on Earth

It's important to remember that Megatron didn't just fly to the Arctic Circle and become immediately stuck/frozen. The ambient cold alone wasn't what trapped him. An already weakened Megatron (lacking energon from traveling and entering the atmosphere) landed and then fell into the water, where he was frozen. This is backed up by the fact that Sector 7 uses liquid nitrogen to keep him frozen at some -320°F. Coupled with the fact that we see Transformers traveling and remaining in space just fine, we can conclude the cold alone is not enough to damage them severely. 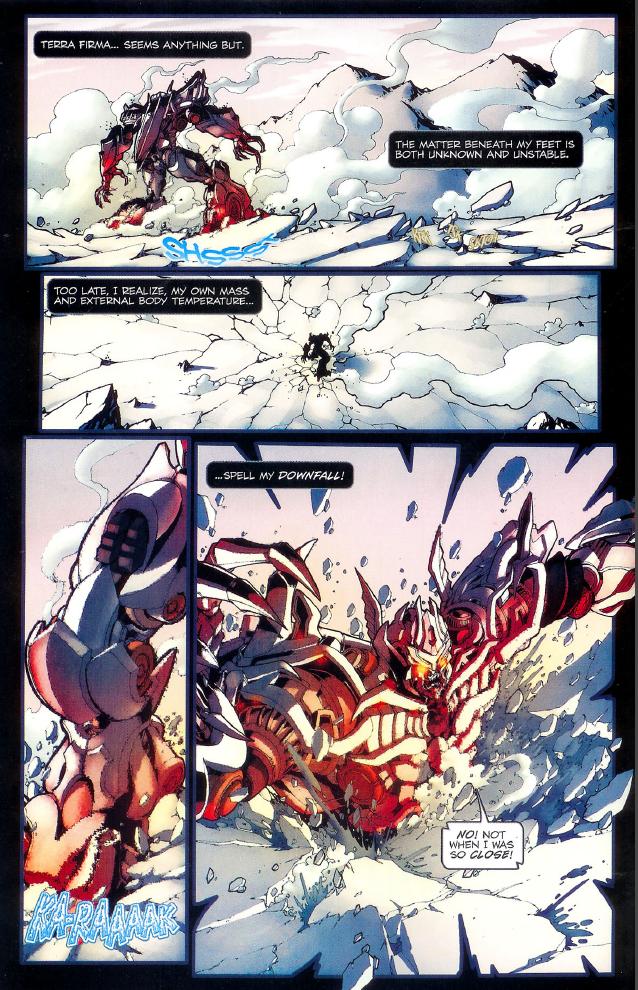 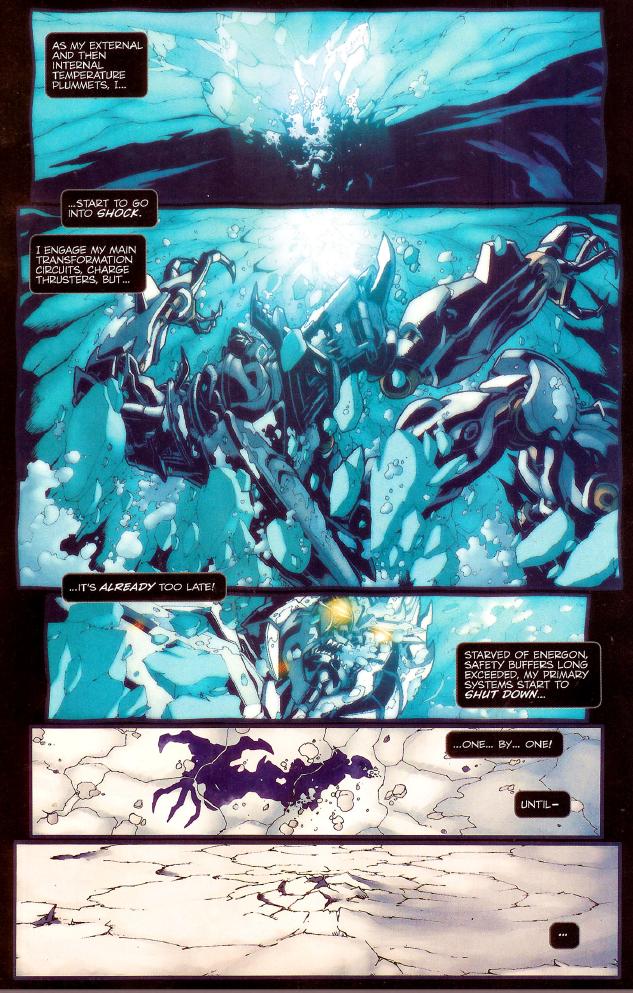 All scans are from Transformers: The Movie: The prequel

It is not really the temperature. More that they were constantly kept frozen with the help of liquid that essentially put an ice cover ove them.

If we take a few examples from the films the temperature alone shouldn't hurt them: Optimus being in space in the fourth film, autobots being on the moon in the third film. Decepticons being on mars in the third film and on some planet/moon in the second. All of that without any protectional measures against the cold (not counting the protoform used to travel to earth for any of them).

Thus it is not the temperature but the ice covering that freezes them. Although it could have been a goof out of the writers when they tried to find a way to keep megatron incapacitated and the ice coverage being a lucky coincidence, but that is as far as I know not known, so the coverage with the frozen LIQUID is the only thing that so far looks like the logical explanation there.

You're right, when Optimus went to find Quintessa in Age of Extinction he is seen frozen in space in the beginning of The Last Knight. But, the original autobots (Optimus Prime, Iron Hide, Jazz, Rachet, and Bumblebee) all got to earth in escape pods from Cybertron that might have protected them from the cold of space.