Where do the freeways in Matrix Reloaded go?

One of the things that The Matrix Reloaded  is famous for is the freeway chase scene:

My understanding is that the world within the Matrix is organized into a single, massive civic and administrative district — Mega City.

In the screenshot above, traffic in Morpheus' lanes are going towards the city. Where are the other three lanes of traffic going?

The Freeways and Their Numbers:

The freeways used in the movie don't exist: They were built specifically for the film. However, the signs tell us that they are the US Interstates 101 and 103, which might be the same road at the point where the action took place. Those numbers tell us a lot about what kind of roads they would be in real life:

In- and Out- of Universe:

The Fictional Location of Mega City:

The events of the Matrix take place almost exclusively in Mega City. This city is an amalgam of several real-world metropolises thrown together and mixed with fictional features. The main real-world inspirations were Sydney, Australia; Chicago, Illinois; and Alameda/Oakland, California.

If we want to speculate on the real location of Mega City, it seems most logical to assume that it is in California: in Reloaded, when Neo needs to get to the freeway from the Merovingian's mansion, he is told to fly "500 miles due south". The mansion is located in an enormous mountain range, surrounded by snow-capped peaks. Of Illinois, New South Wales, and California, only in California would it be possible to find huge mountains 500 miles north of the candidate cities.

Geographical Problems in The Matrix:

We don't know for sure if the Matrix is composed entirely of Mega City, or if other simulated cities exist. It is certain that all the pivotal events that take place within the Matrix in the films, aside from the visits to the Merovingian, occur in Mega City. Aside from the Merovingian and his cronies, everyone of import lives in either the "real world" (i.e., Zion and the subterranean warren of tunnels and pipelines) or Mega City. This would be odd if the Matrix included other cities.

However, there are possible indications that the Matrix does include simulations of other parts of the world: 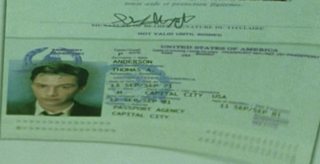 The freeways run into Mega City, which is probably Capital City. As to where you would end up if you took the freeways out of town, we simply don't know. There are two possibilities, as I see it: 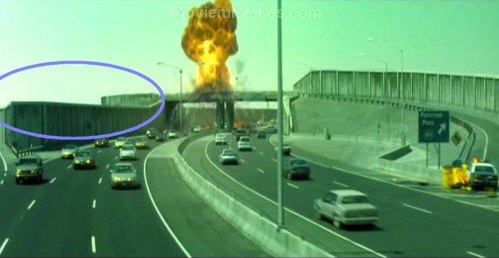 Not the answer you're looking for? Browse other questions tagged the-matrix setting or ask your own question.

53
Where Do Babies Come From (In the Matrix, That Is)?
9
Matrix Reloaded - How did the message from the Oracle get out of the Matrix?
5
In Reloaded, why bother delivering the 'gift' while avoiding contact?
13
What was the point of taking The Keymaker to the Winslow Overpass in The Matrix Reloaded?
2
Where in the Matrix trilogy does Smith say dialogue about the “meaning of existence” being “death”?
5
Where do programs that leave The Matrix go?
3
What is the soundtrack that plays when Neo is kissing Trinity in The Matrix Reloaded?
4
Were the Ghost Twins killed in the explosion in Reloaded?