Are newborns infected in The Walking Dead?

In the Walking Dead TV show, the only information we have about the virus is that everybody is infected. We don't know how the virus spread through the population. We don't know if it is in the air, or in the food, or transmitted through direct contact, etc...

Not all virus are transmitted to their babies by pregnant woman. AFAIIK, it is also possible that the way the virus was initially transmitted does no longer exist and that no new contamination arises. So there is a chance that newborns are not infected. This would fit with Robert Kirkman saying that it does not want a "Everybody dies" ending to the show.

Finally, we have seen a lot of horrible scenes in the show, but no zombie baby so far.

To sum up, do we have any evidence about the fact that newborns are not infected/can be infected/are also infected?

PS: I didn't plan to watch Fear the Walking Dead, so feel free to spoil it if it answers the question. Though I am mostly interested in the TV show, answers from the comic are of interest.

TL;DR: Probably, but we don't know for sure.

In a deleted scene from season 4, episode 14 of The Walking Dead, The Grove, Tyreese, Carol, Lizzy, and Meeka come across an abandoned campsite with a corpse wearing an empty baby carrier (link to the video). 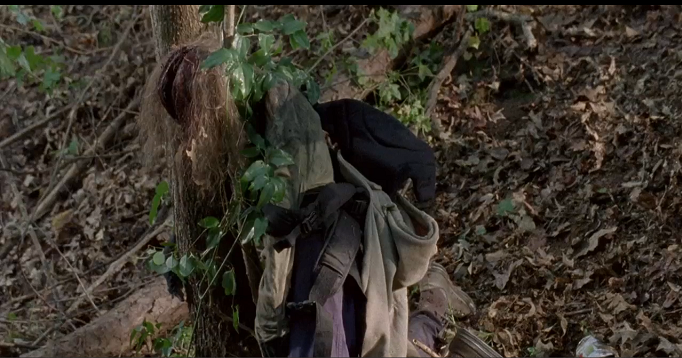 This presumably means one of two things:

We've already seen evidence of option #1 - zombies eating a baby - on the show, in the season two premiere, What Lies Ahead:

Warning - this image may be disturbing to some people. 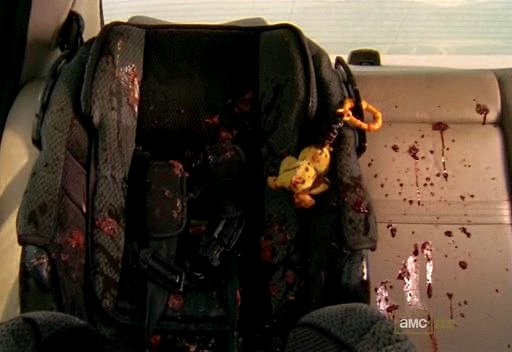 However, the question of infected newborns hasn't been directly addressed so far:

For years now, Walking Dead comic book creator and show executive producer Robert Kirkman has been toying with the idea of putting a zombie baby on the already violent and gory show, and although he hasn’t taken the plunge (yet) this deleted scene from Season 4 comes awfully close.
- Wet Paint

I’m the comics, the answer is: probably. As of the last time I read the comics (somewhere in the 130’s I think) it was never brought up explicitly.

However, there is a distinct difference between the show and the comics- the comics never said anything about a virus. That virus may or may not be able to cross the placental barrier. So without further evidence in the show there is no way to know.

Whereas in the comics, it’s more classic Romero-esque where people just die and come back. We learn this fairly early on when Rick goes back to check on Shane. Rick knows that Shane wasn’t killed by a walker, but upon being dug up, is shocked to see Shane having indeed been transformed into a walker.

In short- in the show, maybe, and in the comics, probably.