Are there police in the Wizarding World?

In the Wizarding World of Harry Potter, courts exist (such as the one that Harry went to for his trial during Order of the Phoenix) and there are Aurors who are specifically tasked with tracking down dark wizards.

However, I don't recall any mention of more general police in the world that might catch criminals for crimes of lesser importance, such as shoplifting in Diagon Alley or vandalism in Hogsmeade. Surely such law enforcement must exist for a functioning society, but is there any explicit evidence that such police exist?

'Will it be Aurors who catch them?'

'Oh no, this is too trivial for Aurors, it'll be the ordinary Magical Law Enforcement Patrol - ah, Harry, this is Perkins.'

Harry Potter and the Order of the Phoenix - p.123 - Bloomsbury - Chapter 7, The Ministry of Magic

Also in The Half-Blood Prince, Arthur heads up the Office for the Detection and Confiscation of Counterfeit Defensive Spells and Protective Objects, which seems to have an element of law enforcement behind it. Also, in his role in the Misuse of Muggle Artefacts Office he had the power to conduct raids. Plainly there is a Magical Law Enforcement Patrol, but, also, general law enforcement seems to be spread across departments at the Ministry of Magic, rather than being entirely under one crime-fighting arm. Thus, Arthur's Misuse of Muggle Artefacts Office is a small part of level two at the Ministry of Magic:

'Level Two, Department of Magical Law Enforcement, including the Improper Use of Magic Office, Auror Headquarters and Wizengamot Administration Services.'

Harry Potter and the Order of the Phoenix - p.120 - Bloomsbury - Chapter 7, The Ministry of Magic

I also find it interesting that Level Four is the Department for the Regulation and Control of Magical Creatures, which - again - seems to have some law enforcement powers, such as punishing people who breed experimentally and ordering and carrying out the execution of dangerous animals.

One thing we can say, though, is that nobody in the wizarding world is called a policeman. Amos Diggory on the break-in to Mad-Eye Moody's house.

'... Muggle neighbours heard bangs and shouting, so they went and called those what-d'you-call-'ems - please-men.'

Harry Potter and the Goblet of Fire - p.141 - Bloomsbury - Chapter 11, Aboard the Hogwarts Express

Interestingly, in this case, it seems to be "the Improper Use of Magic lot" who set off for Moody's house (GoF, p.142).

In film canon, there's actually something called the Ministry (of Magic) Police - at least while Voldemort controls the Ministry. Look at the bottom right corner of this poster: 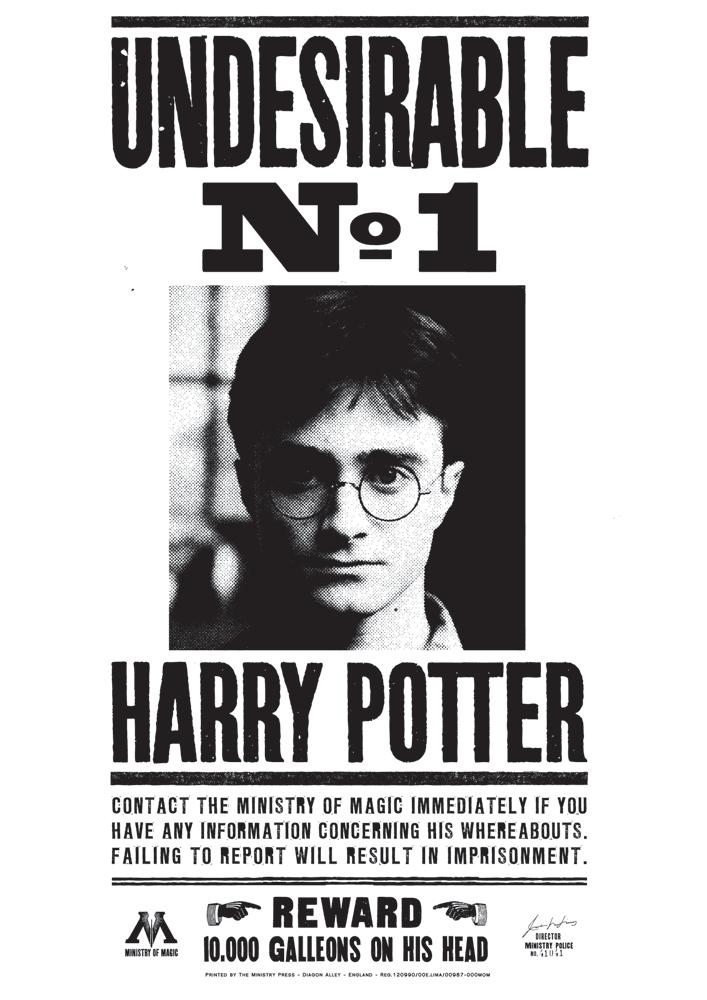 Here's the signature zoomed up a bit:

However, as AlbeyAmakiir says, this seems to contradict book canon, where wizards, even those working in the Ministry, are unaware of the 'Muggle' word policemen or even its proper pronunciation. See the quote at the end of Au101's answer.

32
Were James, Lily or Sirius in the Slug Club?
20
Does the wizarding world have a concept of loans?
10
Are there any regulations for using offensive (though legal) spells?