Who is the most powerful mutant in the Marvel Universe? [closed]

I don't see this answered definitively, there are opinions here and there but short of having every mutant in a death match can we answer, who is the most powerful mutant in the Marvel Universe?

Note to real life coders, it will terminate since the lists are finite, and as written may fail some edge-conditions.

Franklin is a mutant beyond Omega-Level with vast reality-manipulating and psionic powers.1

Two Celestials, Ashema the Listener and Nezarr the Calculator, were at one time tasked with retrieving Franklin for evaluation as a new member of the Celestial Host.2

He warps the three Celestials away to the inner sphere of a local gas giant. He then acquires an orb containing his younger counterpart's powers, which he stores within his chest. When the Celestials return, the adult Franklin again confronts them, and destroys them all in a prolonged battle. In the aftermath, the adult Franklin shares a brief moment with Galactus. The two discuss the heat death of everything and the revelation of Franklin's immortality, specifically that he will, a billion years from now, stand beside Galactus to witness the birth of a new universe.

As a little boy creates a universe in his bedroom. 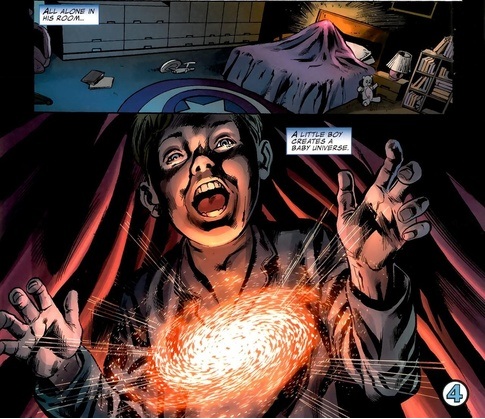 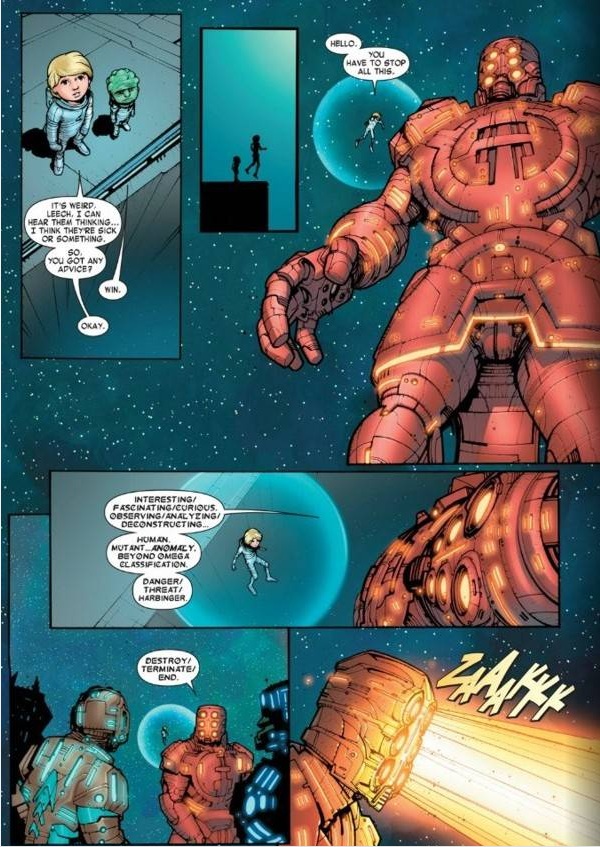 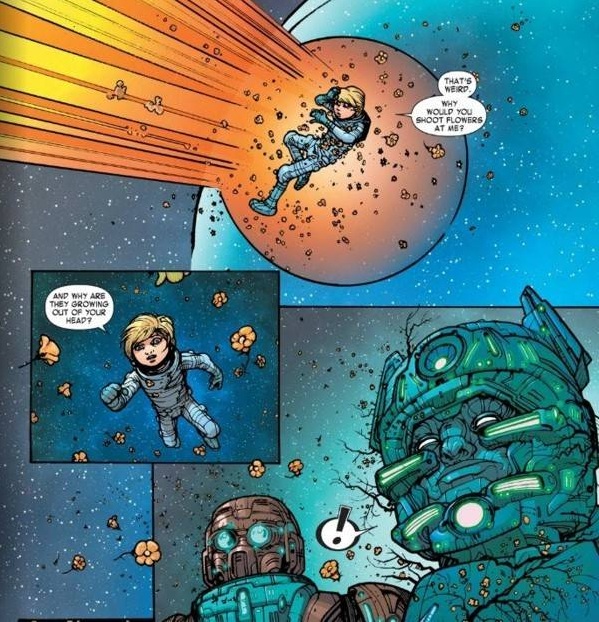 Not the answer you're looking for? Browse other questions tagged marvel mutant or ask your own question.