Has anyone seen Galactus laughing?

The Devourer of Worlds is well known for his omnipotence and is regularly seen in matters of greatest import in the Marvel Universe.
But has Galactus ever been depicted laughing?

Yes
At least once:
Hercules caused him to laugh in Hercules #4 (December 1982) 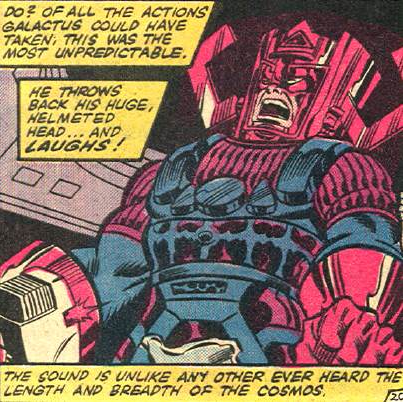 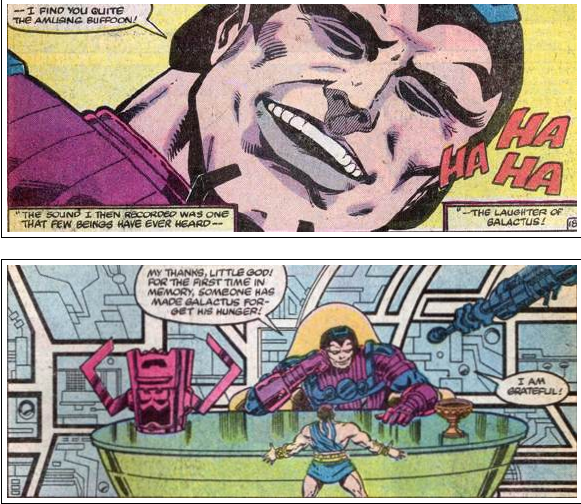 In Hercules #3 and #4, the title character saves a planet called Ciegrim 7, which is known throughout the galaxy for its distilling of the finest brews, from a group of aliens called the Brotherhood.

The Brotherhood are a race of aliens whose home planet was destroyed centuries ago by Galactus – an event they took as God punishing them for their sins, and from that point on, every year the survivors kidnap a planet and leave it at predesignated coordinate as a sacrifice to their vengeful God (Galactus). After fighting off the Brotherhood and saving Ciegram 7, Hercules is celebrated by its inhabitants as a hero, and they reward him with some of their finest ales, including a flask of “the most potent liquor in the known universe”.

When Galactus discovering that his sacrifice will not be arriving this year, he heads out to find his own next meal – which turns out to be Ciegram 7. After a short battle, Hercules invites Galactus to join him for a drink – where he he spikes the world eater’s cup with the super potent liquor he received from the Ciegrams. It turns out Galactus knew that Hercules has spiked his drink, but drank it just to humor the young God and had himself a good laugh. To show Hercules his gratitude for the entertainment, Galactus spares Ciegram 7 and charts a course for another Galaxy. 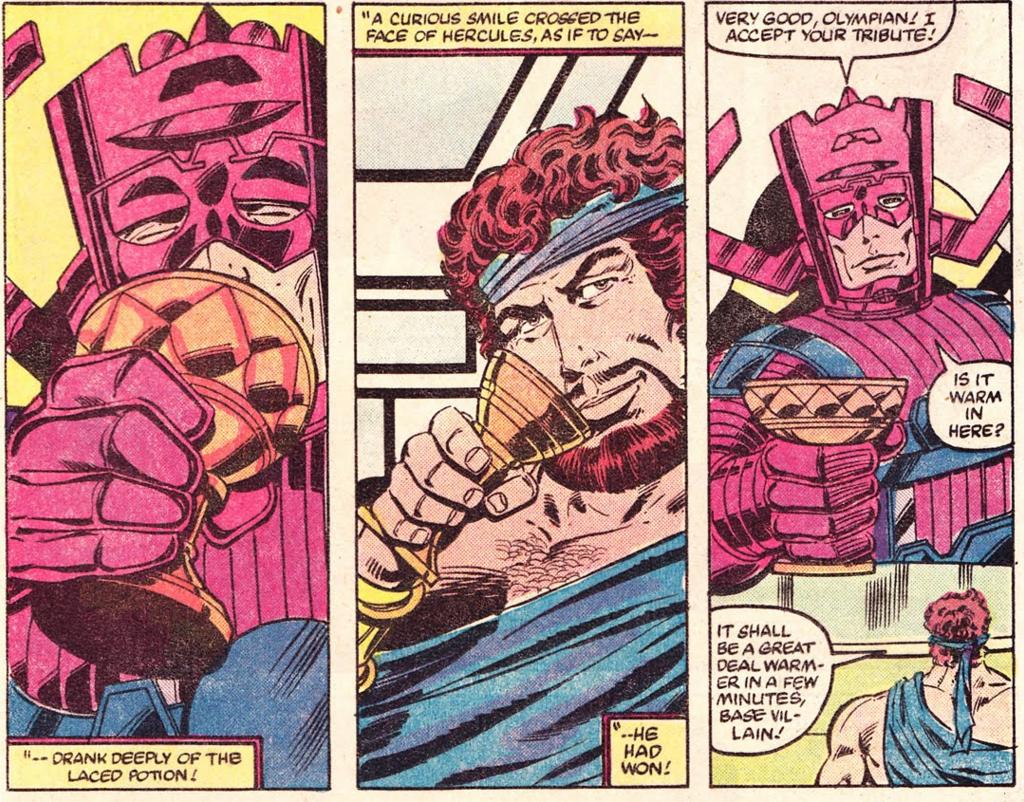 Another example of Galactus laughing (at Thanos's expense, no less) can be found in The Unbeatable Squirrel Girl #4 (2015) 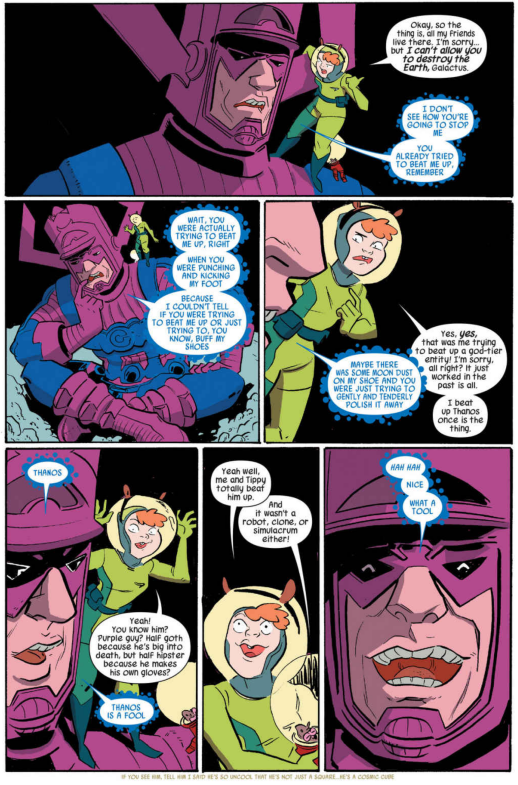