Did we ever see the captain's yacht?

When you look over the Star Trek the Next Generation Technical Manual's schematics of the USS Enterprise, one interesting thing indicated on the underside of the saucer section is the presence of the captain's yacht. It was a flying saucer looking ship that seemed to be a miniature of the Enterprise's saucer section. Anyway, did we ever see it?

PS: of course, I searched for this and all I really found was this nice looking fan rendering. Nothing official. I am not sure how accurate it is, but it looks pretty close to the manual. Did we ever see it? 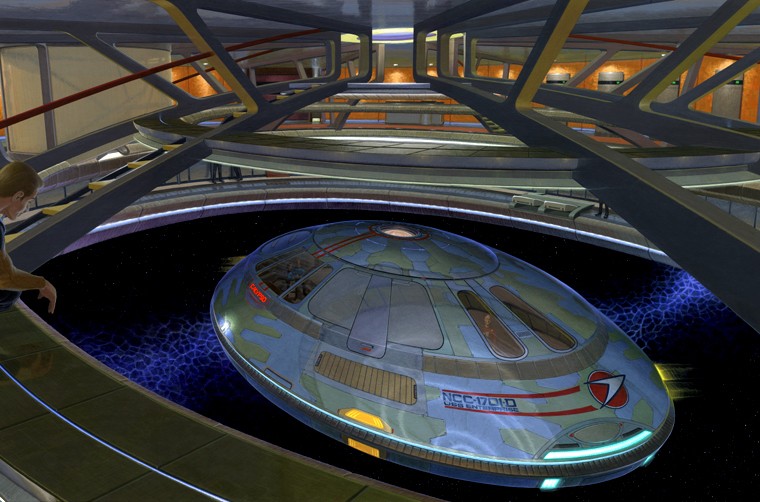 They take the Enterprise-E captain's yacht "Cousteau" to the Ba'ku planet in "Insurrection":

As your question is specific to ST:TNG and the Enterprise D, the following taken from https://memory-alpha.fandom.com/wiki/Captain's_yacht answers your question in full.

Designer Andrew Probert came up with the concept of the captain's yacht while designing the USS Enterprise-D.

Although it was never seen in use, it was labeled on the master systems display screen in main engineering and on Commander William Riker's bridge console ("New Ground"), docked at the bottom of the saucer section almost directly opposite the main bridge.

Probert suggested possible ways for the yacht to be used during the first season, including not showing the yacht but mentioning it in dialogue, but his ideas were rejected. The Star Trek: The Next Generation Technical Manual (p. 164) claims that the producers almost used the yacht in TNG: "Samaritan Snare", but decided to use an "executive shuttlecraft" due to budgetary constraints.

According to Patrick Stewart, the yacht would have been called Calypso. (Star Trek: The Next Generation Technical Manual, p. 164)

We didn't get to see a Captain's yacht in action until Star Trek: Insurrection

The yacht can be seen in this compilation of Enterprise E shots at ~0:55.

6
Is there an in-universe explanation why Picard uses shuttlecrafts instead of the Captain's Yacht?