Why is Superman special to Supergirl?

On the new TV show 'Supergirl', in the intro the protagonist claims that she was sent to protect her cousin, Superman. While the original plan is to have Kara protect Kal-El (Clark/Superman), however Kara's transportation got lost and Superman grew without her.

The thing is, why did Kara receive that mission? Both weren't adults at the time, so it doesn't make sense for neither having to take guard of each other. Only thing that could be explained would be them staying together and being raised as twins, which then would mean Kal-El would've received the same mission.

Why was Kara told to protect Kal-El?

Assuming you're only speaking about the 2015 TV series then this is explained in the pilot script; The plan was for 13 year old Kara to accompany baby Kal (her cousin and the son of the leader of her family's house) to Earth in order to be his protector:

Kara: I was sent to protect him.

Zor-El: Your pod's coordinates are interlocked with Kal-El's. You will follow him to Earth.

Alura-El: You'll journey to Earth to look after your baby cousin, Kal-El. 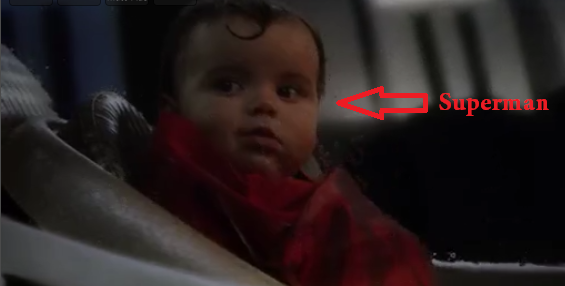 As to why she was chosen, the simplest answer is that she's small enough to fit into the experimental pods built by Jor-El where an adult would struggle for legroom.

That being said, no indication is given as to what sort of family arrangement the House of El had in mind for these two, but I guess the plan was for them to just lay low until she was an adult.

Per the last superman movie "man of steel". He is the vessel that contains the history and ancestry of krypton. That makes him special.

Couple that with she is older than he is, or was relative to when they were sent from krypton, it makes sense that the older would look out for the younger.

24
Is Supergirl younger than Superman or older?
12
In the 2015 Supergirl pilot, why do they avoid saying “Superman”?
2
Do Kryptonians know about the effect of yellow suns and how did they use it?
5
Why is Supergirl vulnerable to Bizarro's powers?
8
How did Superman know Supergirl was his cousin?
8
Why could Supergirl not breathe in space?
11
Any comics or other media where Kara got to raise Kal-El as she was supposed to do?
6
How can keeping one's secret identity from a friend or beloved actually help protecting her or him?
7
Why didn't Mon-El land at the same time as Superman?