Has Superman ever had an army?

I was wondering why in the new Batman V Superman trailers when Batman is fighting soldiers dressed in all black in the desert, why do they all appear to have a Superman logo on their shoulders? Having just finished what is released of Injustice I can only assume they are some of Superman's army.

I was also thinking since there are some similarities to Frank Miller's The Dark Knight, could it be that the US government has given Superman some sort of army?

I wondered if they were blind followers, but in one trailer Superman enters an underground area and walks past four such soldiers kneeling.

Are there an analogous situation in various comic series in which Superman has an army which is under his control?

Yes. On numerous occasions Superman has commanded an army of Superman Robots with Superman logos.

Rather prosaically, they're called the Superman Robots. Because Superman designed them. And they're robots. 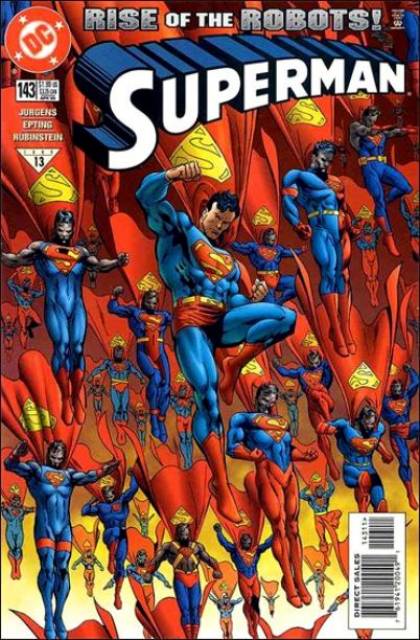 Red son Superman, he was head of the KGB and Soviet Russia, so he was in charge of the military. He had also turned any enemy into his slave/solider.

As pointed out by Md Danish Khan and DCShannon, superman possesses a personal army of loyal troops in Injustice continuity (the game and the comic prequels based on it). 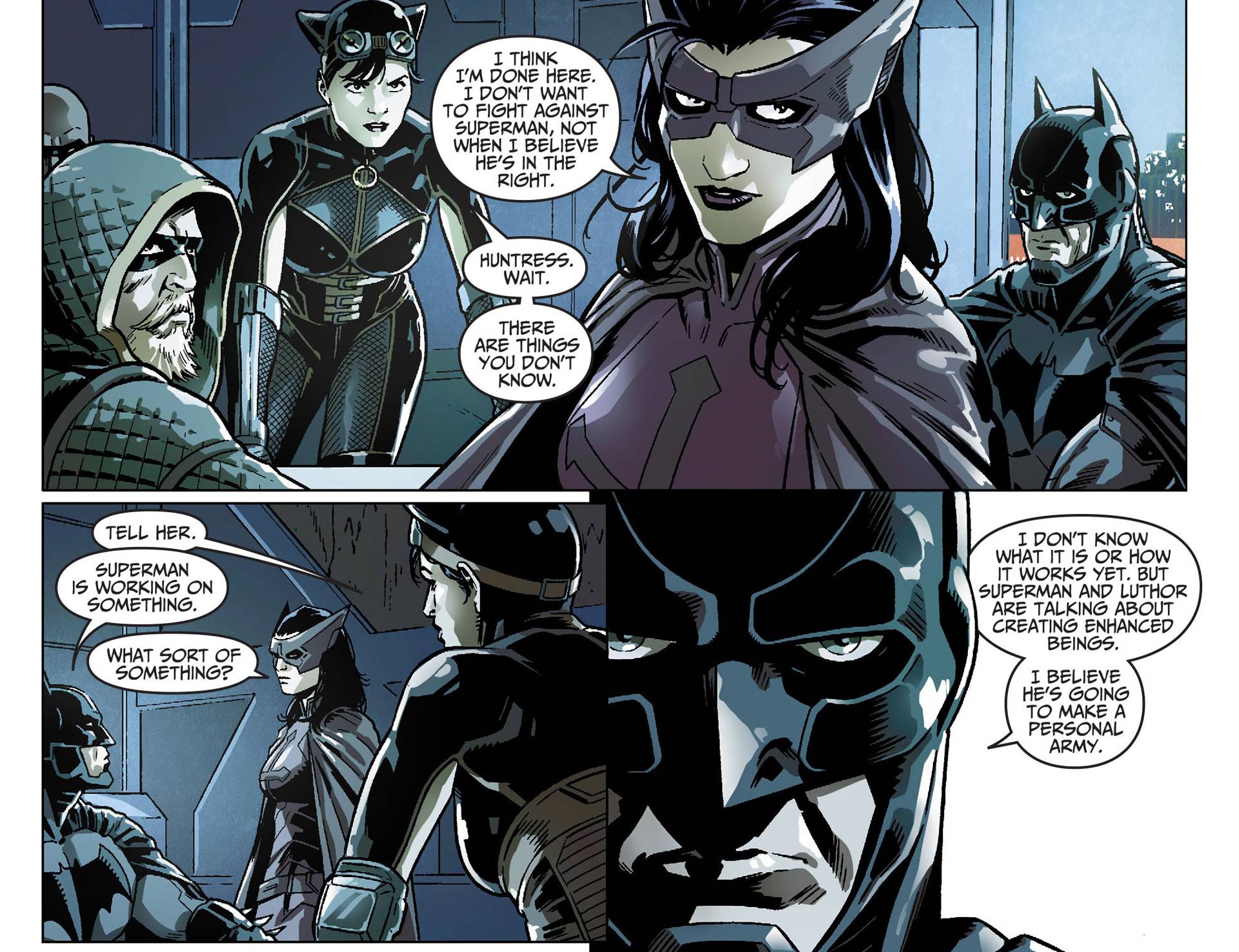 Those troops were picked by Superman to ensure order on Earth... 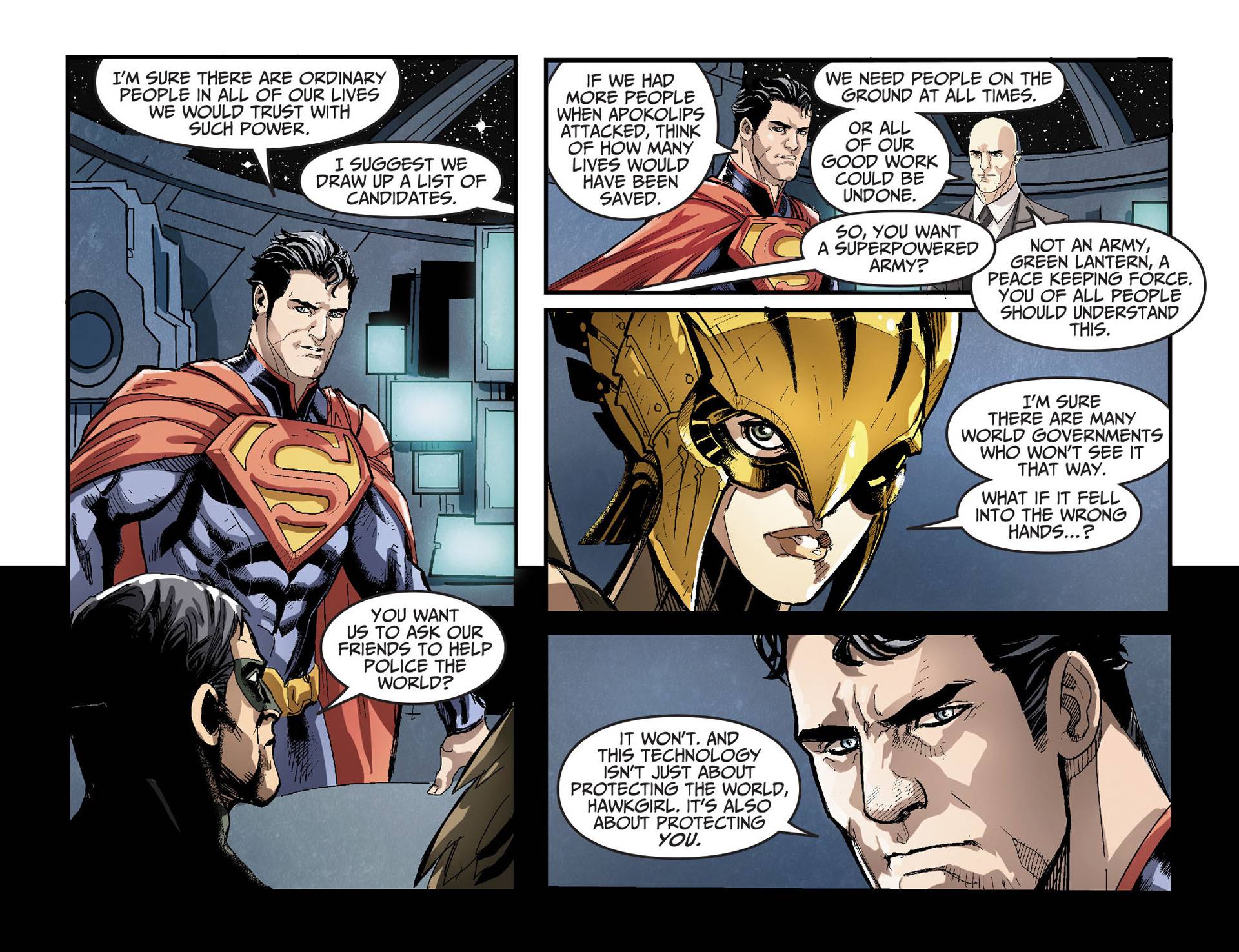 ... and were augmented by "green pills" engineered by Lex Luthor in coordination with Superman. Those pills grant strength, resilience and stamina close to that of Superman himself (at least enough to beat him), for a short period of time. 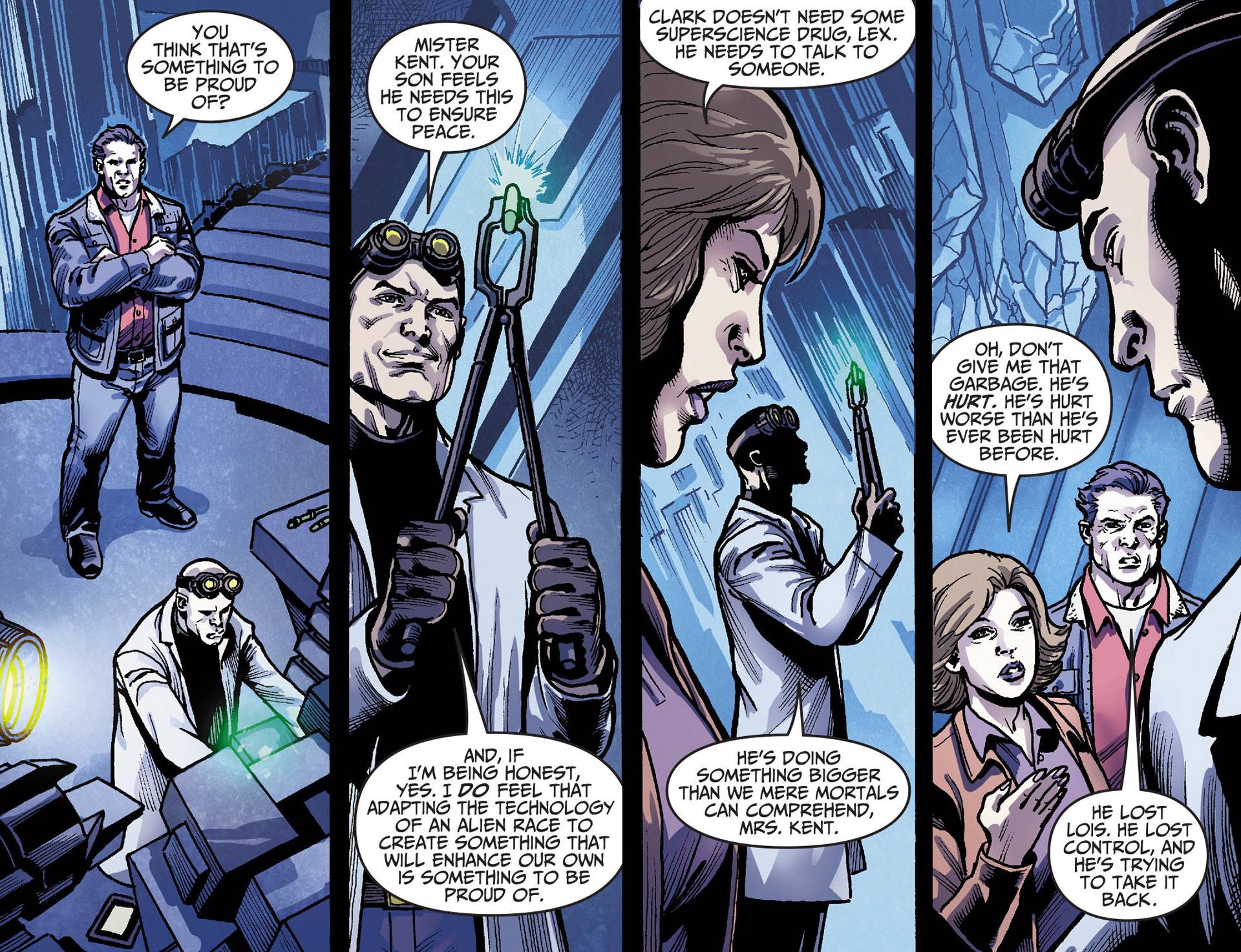 Obviously, it's a despotic feature, but hey, who are we to judge? 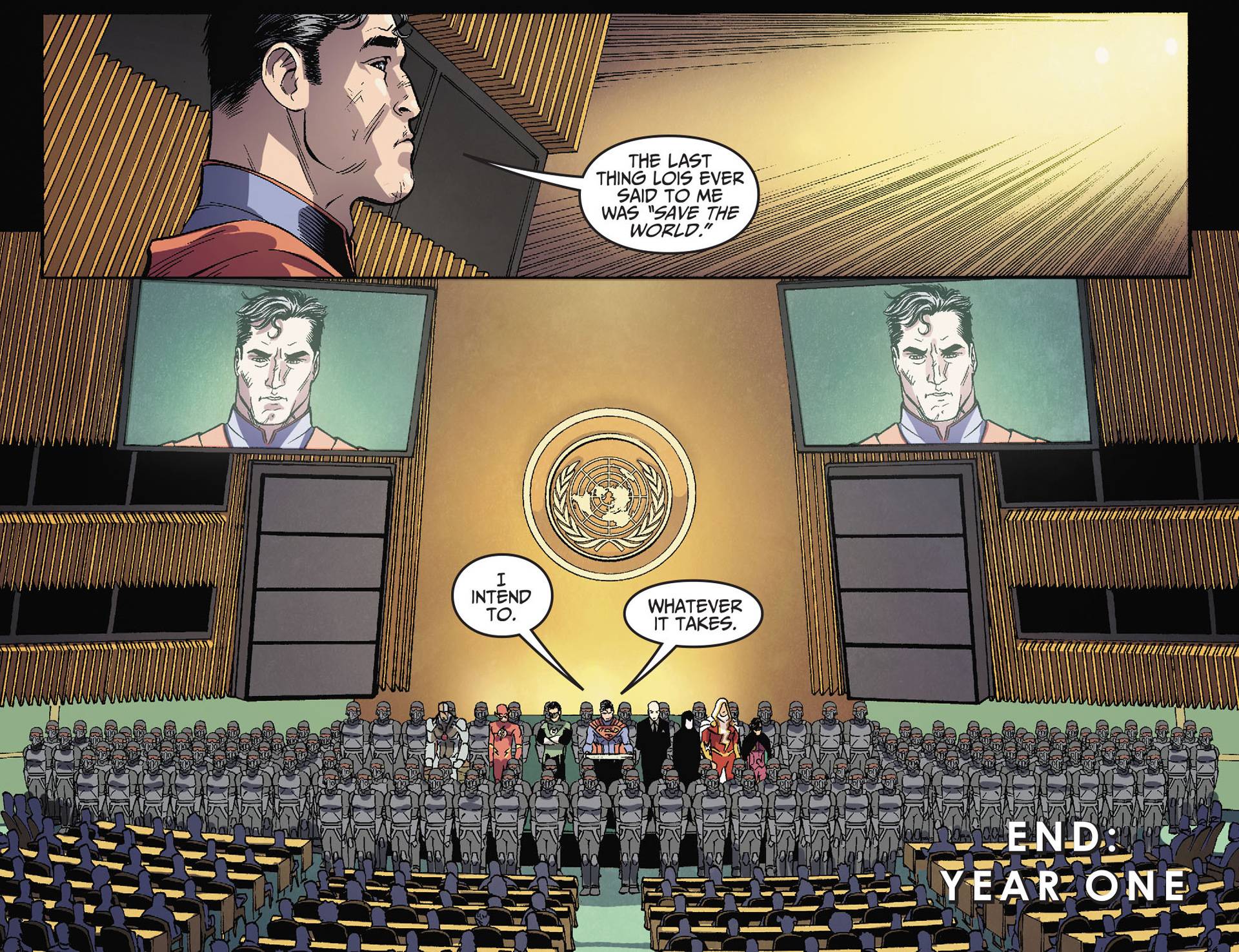 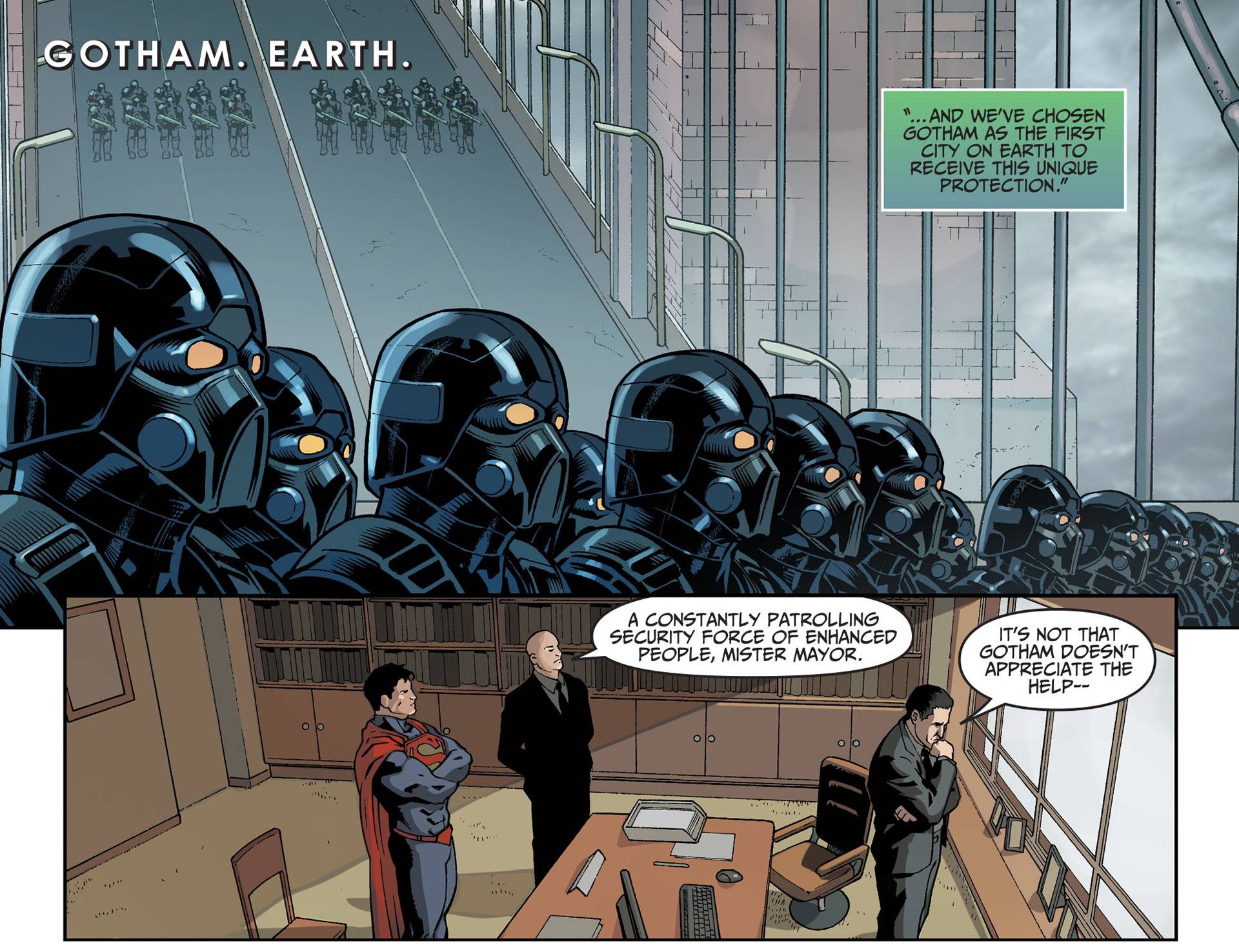 The scene with soldiers bearing the superman logo is in fact

part of a dream of Bruce Wayne/Batman. In the dream it is his fears of what the future will be like with superman becoming a dictator.