Perhaps the easiest way to envisage an Orbital is to compare it to the idea that inspired it (this sounds better than saying; Here's where I stole it from). If you know what a Ringworld is - invented by Larry Niven; a segment of a Dyson Sphere - then just discard the shadow-squares, shrink the whole thing till it's about three million kilometres across, and place in orbit around a suitable star, tilted just off the ecliptic; spin it to produce one gravity and that gives you an automatic 24-hour day-night cycle (roughly; the Culture's day is actually a bit longer).

So "ecliptic" means the plane in which it orbits the star, and it's tilted relative to this ecliptic, so that one inner side of the ring is facing the sun and the other inner side is facing away from the sun, creating day and night. But as the orbital revolves around the sun, wouldn't its axis of rotation stay in the same direction, the same as the Earth's does?: 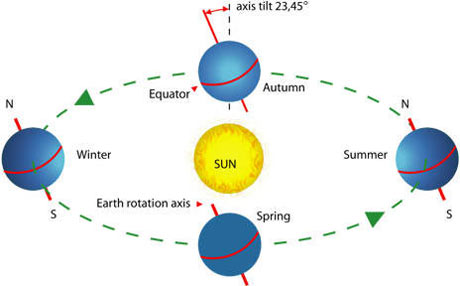 So the ring is oriented like the red equator in the above image, so during the Autumn and Spring seasons, there are long periods of the year where the sun-facing side is constantly eclipsed by the night side?

But he also says

So am I misunderstanding something? How would an elliptical shape create seasons?

My question about the self-eclipsing still stands, though. It seems to me that no matter what angle the orbital rotates at, there will be a point where the sun is in the plane perpendicular to its axis, and one side will eclipse the other.

After looking at this more carefully, assuming the orbital is in an Earth-like orbit around a Sun-like star (which seems reasonable), even if the two sides of the orbital were colinear with the star, there would never be a full eclipse, because the star is so much wider than the orbital. The far side of the orbital always falls in the antumbra of the near side, so at any point on the orbital's day side, you could see both edges of the star, with a strip of eclipse across the middle.

So I made a diagram in Geogebra with these properties. It has to be stretched out vertically at a 50:1 ratio to see anything: 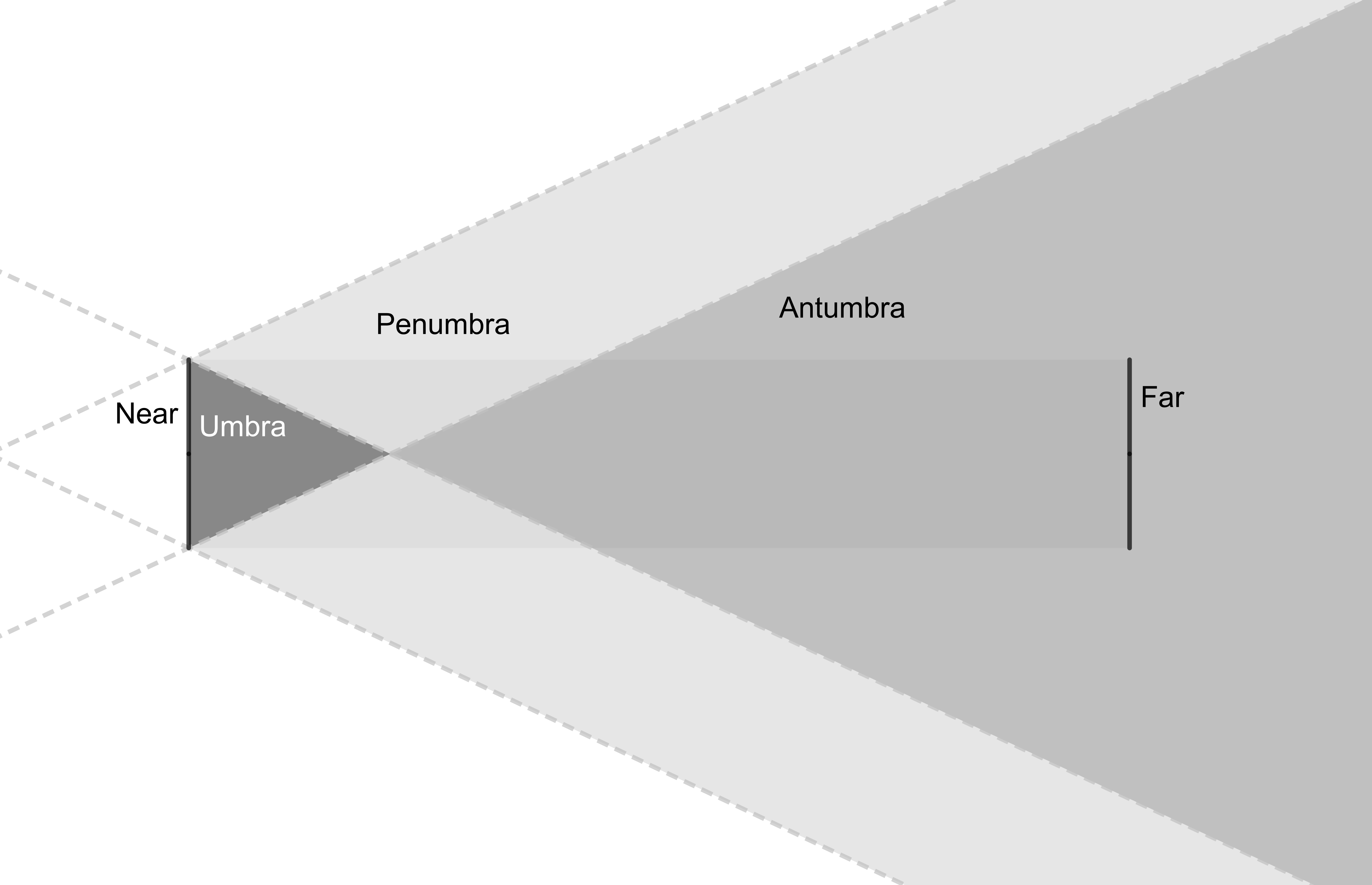 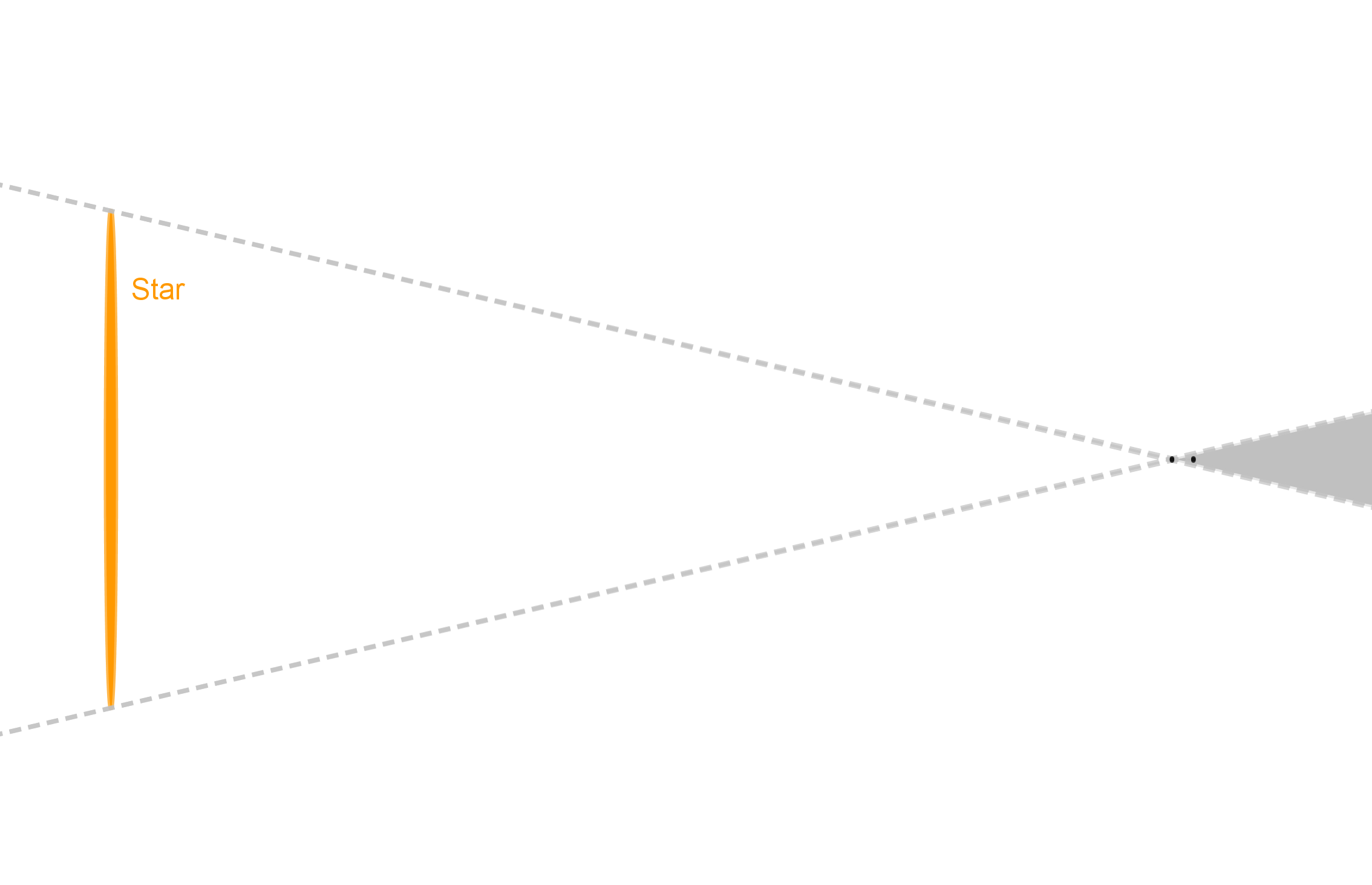 If drawn to scale, you can't make out much:

If you were near the edge of the far side, it might look something like this (the angular coverage matches above diagram): 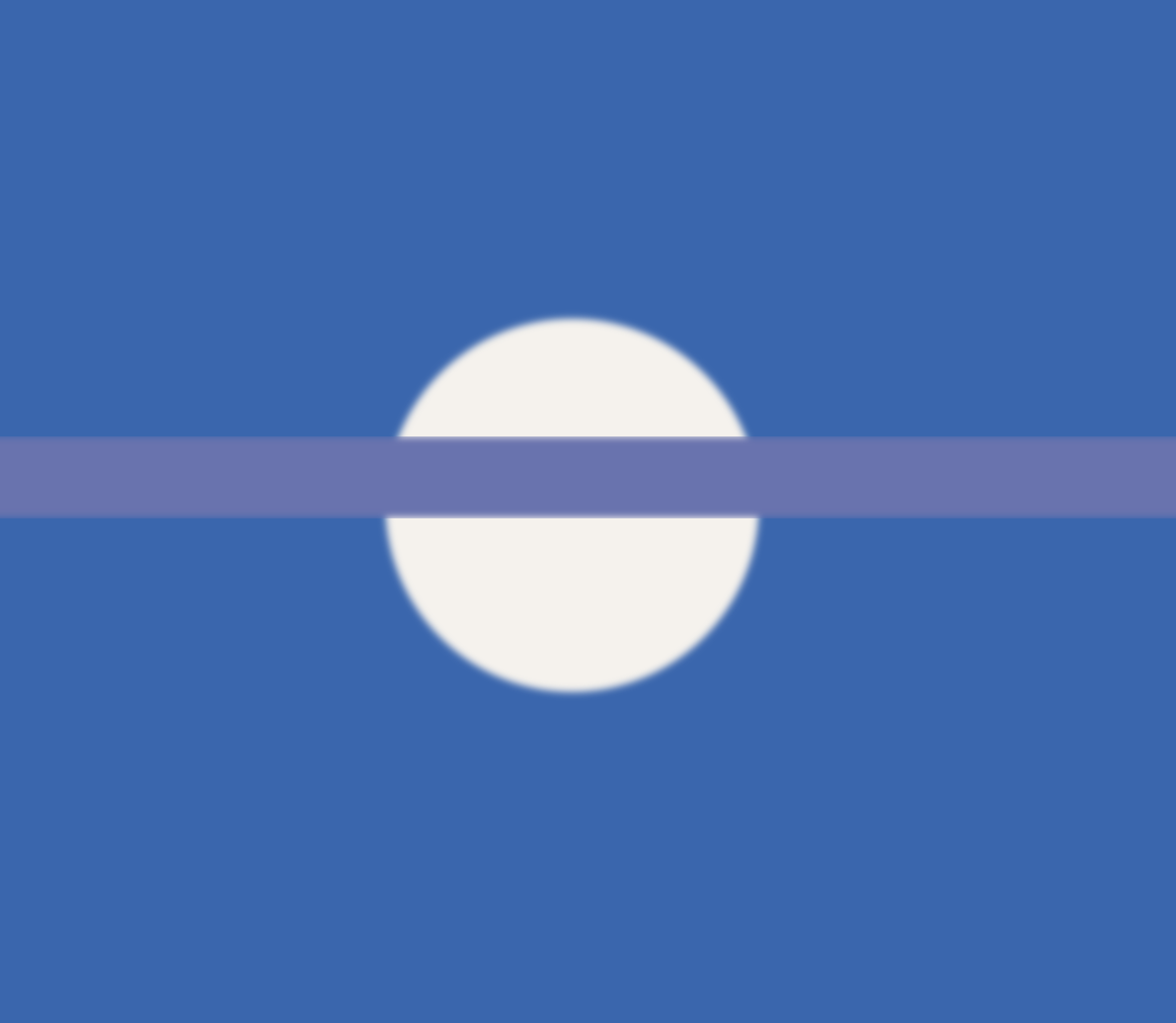 So the insolation would be maybe 70% of normal? While winter insolation in North America is maybe 40% of summer? So it would just produce a mild seasonal variation?

It's explicitly stated (in "Look to Windward") that a Culture Orbital rotates around an imaginary axis, situated roughly where the Orbital's hub usually locates itself:

Culture Orbitals are built so that the same speed of revolution which produces one standard gravity also creates a day-night cycle of one of their standard days. Local night is produced when any given part of the Orbital's interior is facing directly away from the sun.

This motion (combined with the orbit around the local star) means that wherever the Orbital is in relation to its star, it still maintains its own rotation. By placing the O in an elliptical orbit you can also create apparent seasons. 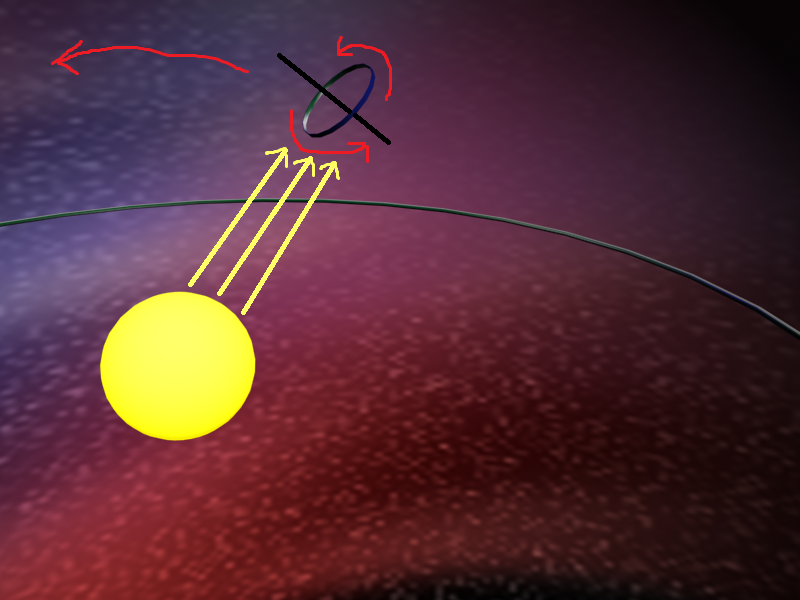 As you've stated, this would obviously require it to very slightly rotate along a secondary axis (basically spinning like a very slow penny to prevent it from synching and allowing the leading edge to eclipse itself) but in the grand scheme of things, that's almost hardly worth mentioning.

Not the answer you're looking for? Browse other questions tagged the-culture orbital-mechanics megastructure or ask your own question.

13
What is the actual shape of the Vavatch Orbital? A true ring?