My memories of the plot are vague, but in the end, a female android was caught in a huge explosion and sent back in time. I don't know when it was made or exactly when I watched it, but it may have been on Netflix.

Here are all the details I remember:

In the end, the lead android was trying to get a bomb, or something that was about to explode off of the station, and gets caught in the explosion and sent back in time, coming down in a desert and being found by some people. She is broken and is repeating a warning that becomes a self-fulfilling prophecy, culminating in the explosion.

After much searching, I have finally found the title of this movie: Total Retribution 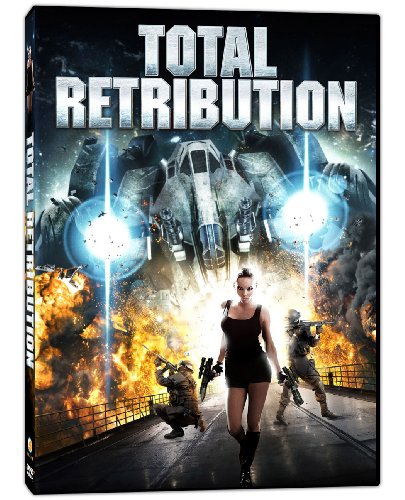 Thanks to everyone who commented!

Not the answer you're looking for? Browse other questions tagged story-identification movie androids space-station or ask your own question.

9
Sci-Fi/Horror movie possessing robot with long neck
6
Science fiction movie in which a family (in their car) are abducted by tractor beam
7
Movie - 80s to 90s Era, Possible Vampire and/or Sci-Fi
2
Webcomic with a mermaid and a bird legged android?
13
Werewolf movie where the chief clue is enhanced senses
4
Low budget Scifi show about people stranded on or near Mars(?) attempting to get back to Earth