Are there any non-human captains (and up) in Starfleet?

Both the admiralty and the captains (regularly) featured on Star Trek are, to my knowledge, all human. Isn't this odd, for an organisation priding itself on including as many different species as possible? There are plenty examples of non-human first officers (Keira on DS9, Spock and T'Pol, to name a few), far fewer of captains.

Are there non-human captains in Starfleet? How about admirals / commodores? Are humans over-represented in the higher echelons?

Yes. Here are a few:

Captain Spock, a Vulcan (of course):

Admiral T'Lara, also a Vulcan. Seen here in 2372 in the DS9 episode Rules of Engagement: 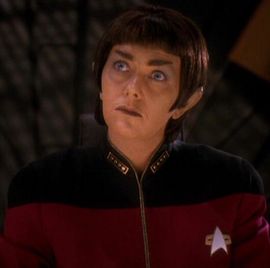 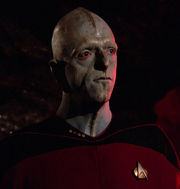 Captain Nog, a Ferrengi, is seen in the DS9 episode The Visitor (in an alternate future):

Rear Admiral Sitak, a Vulcan, seen in 2374 in the DS9 episode Favor the Bold: 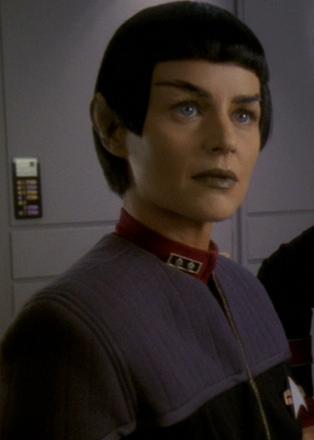 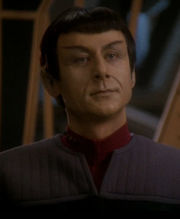 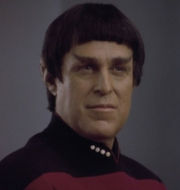 Also, although not Starfleet, the president of the Federation was a Grazerite in 2372 during the events of the DS9 episodes Homefront and Paradise Lost: 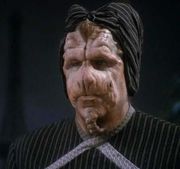 How about admirals / commodores?

Certainly. A single glance at the Federation Council from Star Trek IV is sufficient to see several aliens in Starfleet uniforms. While not everyone in there is wearing a Starfleet uniform1, about one third to one half of the members are, and various of those Starfleet people seem to have the rank of Admiral. Among others, we can spot some Andorians and aliens that are typically interpreted to be Caitians.

1: Out of universe, I always found it rather questionable why the Federation Council (this sounds like an organ of the civilian government) would have any acting Starfleet officers among its members; in particular 1/3 to 1/2 of its members. Unless we want to accept the grim thought the UFP is actually governed in part by military rulers, it is, however, well possible the Federation Council is not actually what its name suggests, but e.g. some special institution dealing with Starfleet affairs.

There are non-human captains in Starfleet.

Spock himself was a captain during the The Wrath Of Khan timeframe.

There are other examples, such as Captain Solok of the USS T'Kumbra in Deep Space Nine who was also Vulcan, and Captain Rixx, a Bolian captain of the USS Thomas Paine in The Next Generation.

It is true that humans over-represented in the higher echelons, but this is also true for almost all of Starfleet ranks.

80
How do humans dominate the Federation in Star Trek?
18
Are there any non-human Starfleet ships?