How does the Mind Gem in the Chitauri Scepter brainwash people into loyalty and obedience?

When I was watching the first Avengers movie, Loki brainwashed people into absolute loyalty and total obedience by touching their chest with the Mind Gem Chitauri Scepter. Does it have to be the chest area? Would any part of the body do, like the forehead?

This is the picture of the gems that power The Infinity Gauntlet: 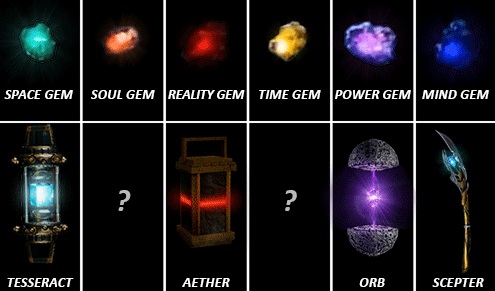 The gem in the scepter is considered as The Mind Gem. It does make sense that they use it on the head area instead of chest area.

In Avengers: Age of Ultron, the Korean scientest follows Ultron's orders even without the visual confirmation of Ultron's existense beside her.

Because The Mind Gem is the source of Ultron's sentience.

In the movie, Tony Stark uses Loki's Scepter to create artificial intelligence peacekeeping program (ULTRON), it backfires pretty bad but that's irrelevant. This might be the proof why the scientist follows Ultron's orders.

Mind Gem allows the user to greatly strengthen and enhance mental and psionic power and access the thoughts and dreams of other beings. Backed by the Power Gem, the Mind Gem can access all minds in existence simultaneously. When searching for it, the Grandmaster apparently discovered that the Mind Gem was the manifestation of the universal subconscious.

Bonus Information: Some die-hard Marvel fans does not accept the stone in Loki's Scepter as The Mind Gem because they think Thanos would never give up such strong weapon (for more info please check The Infinity Gauntlet). They think the stone as something that is powered by Tesseract. But in Guardians of the Galaxy, Ronan the Accuser has The Power Gem.

31
How do the Chitauri "ships" propel themselves?
15
Why did Thanos give the mind-controller Scepter to Loki?
9
How and when does Howard Stark die?
5
How was Ultron aware of the Infinity Stone inside Loki's Scepter?
4
How does Vision control the distance of the beam from the mind stone?
9
What powers does the Soul Gem have?
3
How did Loki regain the Scepter on the helicarrier?
4
How many people died in the 5th and 6th episodes?