What movie has miners release a monster with thermal vision that hunts a trucker?

About a year ago, I was watching a movie and I can't remember the name. A group of miners released a monster that uses thermal vision to find the victims. The movie follows a trucker as he tries to survive. The monster chases the trucker and the other survivors he picked up down to a cabin owned by an old couple. The old couple is killed by the monster and the survivors struggle to survive. I believe it was set in Alaska but am not positive. Thanks

Two truckers driving across frozen Alaskan rivers to deliver equipment to a remote diamond mine, encounter a long-dormant prehistoric creature on the frozen ice.
- IMDB 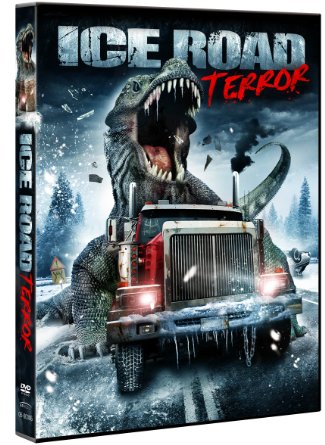 16
Pre-80s movie with an alien monster who looks like a rock
16
What was that movie where people drilling in an asteroid awaken a monster?
10
80s Sci-Fi movie with a monster-astronaut
6
Identify movie with monster (alien?) that has some kind of proboscis/trunk
3
What 60s movie has a girl with alien and human identities who leaves earth with a human man?
4
80s era Sci-Fi/Horror film featuring several unrelated stories (not Creepshow)
16
Movie with talking zombies, one zombie eats his own arm
8
Old horror/scifi/monster movie with a Bigfoot-sized monster that has red vision and attacks a woman through the floorboards
7
Monster movie involves survivors trapped in a planet with three or more moons
2
What is that movie with the big green alien freezing littler aliens?