Do people in Gotham know that Batman doesn't kill?

Batman is the symbol that Gotham needs, a shadow that brings justice and fear to criminals. You don't want to be a criminal in Gotham, because Batman is somewhere around and could catch you at any time. This is very well represented in Nolan's trilogy, for example.

Also (in most versions of Batman), as a symbol of justice, Batman is bound by the rule of not killing his enemies. Rather, he tries to arrest them, so that they can go to jail or Arkham City.

Are criminals, and more generally normal folks in Gotham, aware of Batman's "no killing" rule? Some high-profile criminals accidentally died when fighting the Dark Knight, and their deaths were reported on by the news media, so from a layman's perspective, it could be unclear if Batman meant for them to be killed or not.

I am asking for answers from any media or continuity where the "no killing" rule is thoroughly applied.

I doubt that normal folks in Gotham are aware of his rule as he never made a public announcement. Even if they heard of it from someone, there are so many incidents where Batman killed someone accidentally that they will always be in doubt.

While Batman stopped killing ever since the 1943 due to becoming a kid friendly character, despite the fact that he got his moral code he resumed occasional killing starting with the late 1960's in Brave and The Bold # 83 in which he destroys a German plane using a hand grenade and uses dynamite to blow up a convoy of German soldiers as they are crossing a bridge. As Batman said while breaking his rule in Batman #420 (1988): Sometimes you have to ignore the rules. I'm not in this business to protect the rules, I serve justice. Since there's also too many instances showing Batman occasionally killing since the late 60's, here are just a few more examples: 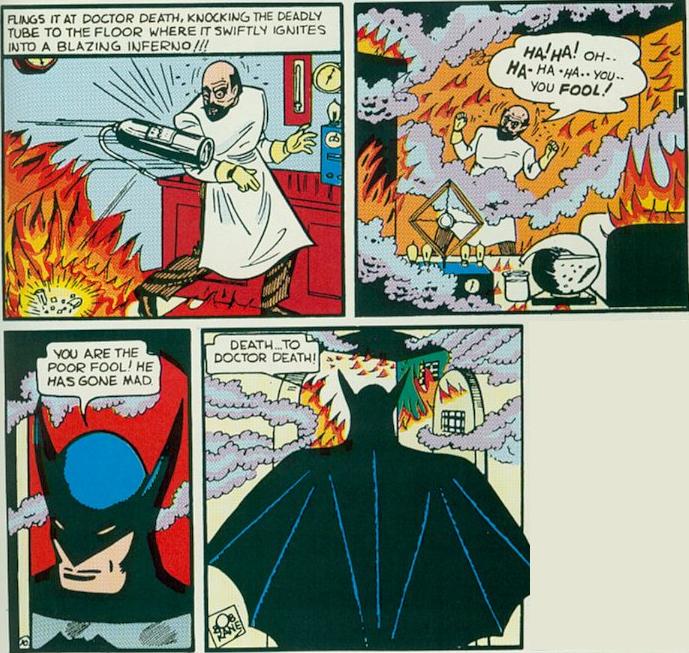 Detective Comics #33. He throws a vial of sleeping gas at the pilot who crashes into a river

There are a lot more examples like that in comics.

In Nolan's trilogy itself total deaths caused by Batman is approximately 10:

In Batman Begins, the explosive chain reaction that Bruce started caused many deaths (8 onscreen) but they most likely weren't intended. Bruce wanted to have a distraction to escape and weaken the League of Shadow ninjas, but the fire caused more than he counted on. 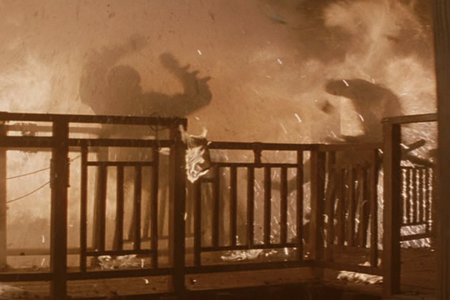 In The Dark Knight Batman saves Joker from certain death but soon after kills Two-Face by throwing him and himself off the edge.

This is apparently an unplanned kill as well. Two-Face was standing close to the edge and Batman jumped at him trying to stop him from killing Gordon's son. He only had one hand to hold on and one to grab the boy.

11
At the start of the New 52, how many people know the identity of Batman?
40
Why doesn't Batman make an armored suit like Iron Man's?
6
What is the difference between Batman and the Batman of Gotham City?
26
Why is Batman restricted to Gotham city?
35
Has Batman himself ever taken seriously the idea that he indirectly causes Gotham to have more supervillains?
12
In the DC Universe does Batman know that Clark Kent is Superman?
26
Why doesn't Gotham City execute their villains?
6
Has Batman ever unintentionally/accidentally killed someone?
3
Does Batman actually kill anyone in "The Batman"?